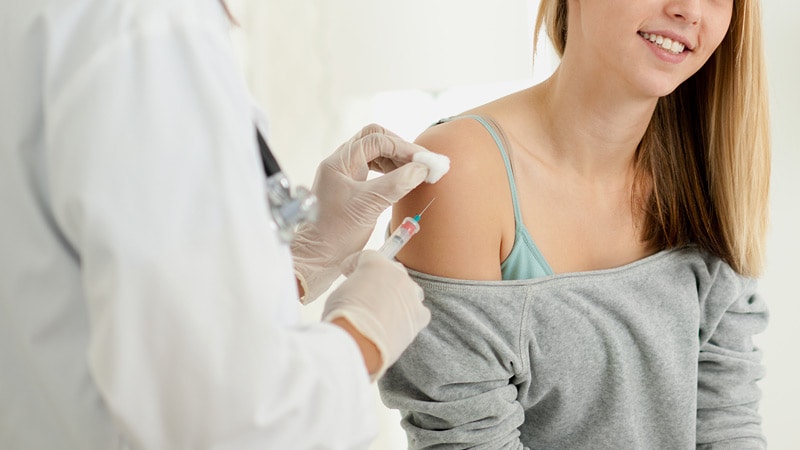 The Centers for Disease Control and Prevention’s (CDC’s) Director Rochelle Walensky, MD, today endorsed an advisory panel’s recommendation that 12- to 17-year-olds in the United States should get the Pfizer-BioNTech COVID-19 booster shot at least 5 months after a primary series of vaccinations.

Just a few hours earlier the CDC’s Advisory Committee on Immunization Practices (ACIP) voted 13-1 in favor of the recommendation.

As Medscape Medical News reported on Monday, the US Food and Drug Administration (FDA) authorized the Pfizer vaccine booster dose for 12- to 15-year-olds.

The FDA action updated the authorization for the vaccine, and the agency also shortened the recommended time between a second dose and the booster to 5 months or more (from the previous 6 months), based on new evidence.

In addition, a third primary series dose is now FDA authorized for certain immunocompromised children 5 to 11 years old. The CDC on Tuesday also backed the 5-month time frame and a third primary series dose for some immunocompromised children 5 to 11 years old. But the CDC delayed a decision on a booster for 12- to 15-year-olds until it heard from the ACIP today.

The decision came as school districts nationwide are wrestling with decisions of whether to keep schools open or revert to a virtual format as cases surge.

A Plea to Parents

She said after the vote, “I am just fine with kids getting a booster. This is not me against all boosters. I just really want the US to move forward with all kids.”

Talbot said earlier in the comment period, “If we divert our public health from the unvaccinated to the vaccinated, we are not going to make a big impact. Boosters are incredibly important but they won’t solve this problem of the crowded hospitals.” She said vaccinating the unvaccinated must be the priority.

“If you are a parent out there who has not yet vaccinated your child because you have questions, please, please talk to a healthcare provider,” Talbot said.

Among the 13 supporters of the recommendation was Oliver Brooks, MD, chief medical officer of Watts Healthcare Corporation in Los Angeles, California.

Brooks said that extending the population for boosters is another tool in the toolbox.

“If it’s a hammer, we should hit that nail hard,” he said.

Sara Oliver, MD, ACIP’s lead for the COVID-19 work group, presented the case behind the recommendation.

She noted the soaring Omicron cases.

Since this summer, she said, adolescents have had a higher rate of incidence than adults.

“Vaccine effectiveness in adolescents 12- to 15-years-old remains high,” she said evidence shows, “but may have some waning over time.”

Oliver explained that the Vaccine Safety Technical (VaST) Work Group reviewed the most recent data from the three US safety monitoring groups and identified no new safety concerns.

She pointed to real-world data from Israel that show that “booster doses given 5 months after a two-dose Pfizer vaccine primary series demonstrated efficacy against confirmed infection in all age groups.”

Discussion of risk centered on myocarditis.

Oliver said that myocarditis rates reported after the Pfizer vaccine in Israel across all populations as of December 15 suggest that “the rates of myocarditis after a third dose are lower than what is seen after the second dose.”

Sharon Alroy-Preis, MD, MPH, from the Israeli Ministry of Health, presented data Wednesday on the incidence of myocarditis among 41,610 booster doses given to 12- to 15-year-olds in Israel.