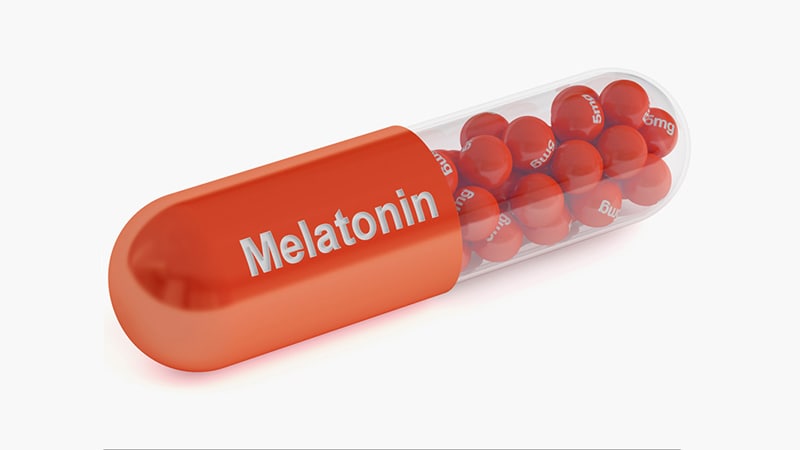 The number of children in the United States who unintentionally ingested melatonin supplements over the past 10 years has skyrocketed to the point where, as of 2021, melatonin ingestions by children accounted for almost 5% of all poisonings reported to poison control centers in the United States, data from the National Poison Data System (NPDS) indicate.

This compared with only 0.6% of melatonin ingestions reported to poison control centers in 2012, the authors added.

“Basically the number of pediatric melatonin ingestions increased 530% from 8,337 in 2012 to 52,563 in 2021 so it’s a 6.3-fold increase from the beginning of the study until the end,” Michael Toce, MD, one of the study authors and attending, pediatric emergency medicine/medical toxicology, Boston Children’s Hospital, said in an interview.

“And I think the biggest driver of this increase is simply that sales of melatonin have increased astronomically so there is just more melatonin at home and studies have shown there is a correlation between the amount of an individual medication in the home and the risk of pediatric exposure — so simply put: The more of a single substance in a home, the greater the chance that a child is going to get into it,” he underscored.

The study was published in the Morbidity and Mortality Weekly Report.

Over 88% of them were managed on-site; most involved young male children aged 5 years and under, and almost 83% of children who ingested melatonin supplements remained asymptomatic. On the other hand, 27,795 patients sought care at a health care facility and close to 15% of them were hospitalized. Among all melatonin ingestions, 1.6% resulted in more serious outcomes; more serious outcomes being defined as a moderate or major effects or death. Five children required mechanical ventilation in order to treat their symptoms and 2 patients died.

The largest number of patients who were hospitalized were adolescents who took melatonin intentionally but the largest increase in the rate of exposure was in young, unintentional patients, as Toce observed. Interestingly, the largest yearly increase in pediatric melatonin ingestions — almost 38% — coincided with the onset of the COVID-19 pandemic.

Taken appropriately and at normal does, melatonin in itself is quite safe, as Toce stressed. However, “for any substance, the dose makes the poison, so taken in any significant quantity, anything is going to be dangerous.” Moreover, it’s important to appreciate that melatonin, at least in the United States, is regulated as a dietary supplement, not as a pharmaceutical.

Secondly, because there is no impartial oversight for dietary supplements, there may in fact be no melatonin at all in the product or something else may be added to it that might be harmful. “Just because something is sold over-the-counter does not necessarily mean that it’s safe,” Toce stressed. To keep children safe from pharmaceuticals and supplements, he recommended several generic poison prevention tips. This advice could be passed on to patients who are parents.

Lastly, and most importantly, parents who are considering trying a melatonin supplement to help a child sleep better should first establish a stable sleep routine for their child. “They also need to limit caffeinated beverages before bed as well as screen time,” Toce added.

And they should talk with their primary care provider as to whether or not initiation of a melatonin supplement is appropriate for their child — “and not just jump right into giving them melatonin without first discussing whether it is appropriate to do so,” Toce stressed.

In a comment on his own experience with melatonin poisoning over recent years, toxicology expert Kevin Osterhoudt, MD, of the University of Pennsylvania, Philadelphia, and the Children’s Hospital of Philadelphia, noted that it has been their experience that there has been a remarkable rise in poison center reports of children ingesting melatonin in the recent past. For example, the Poison Control Center at CHOP received nearly 4,000 calls involving melatonin ingestion by children 5 years old or younger in the 5 years between 2017 and 2021 with increasing numbers every year.

“The [current study] supports our regional observation that this has been a national trend,” Osterhoudt said. Osterhoudt agreed with Toce that good sleep is healthy, and it is very important to develop good sleep habits and a regular bedtime routine. “In some situations, melatonin may be useful as a short-term sleep aid and that’s a good discussion to have with your child’s health care provider.”

If parents do decide to give their child a melatonin supplement, they need to keep in mind that melatonin may alter how the body handles other drugs such as those used to treat epilepsy or blood clotting. They also need to know experts are still uncertain about how melatonin affects the body over the long term and whether it is safe for mothers to take during pregnancy.

Osterhoudt offered his own recommendations for safe melatonin use in the home:

The study authors and neither Toce nor Osterhoudt had any relevant conflicts of interest to declare.