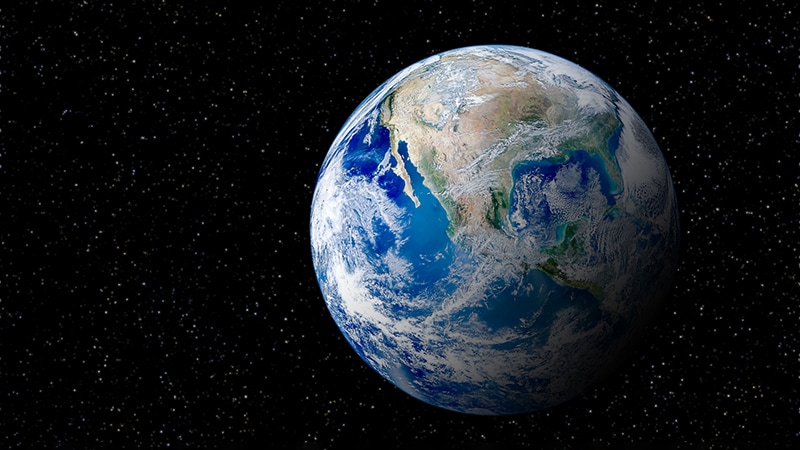 The campaign comes from the Union for International Cancer Control (UICC), an advocacy organization working to “support the cancer community to reduce the global cancer burden.” This is also the organization that established World Cancer Day in 2000.

The new campaign “highlights the significant barriers related to socioeconomic factors, stigma and discrimination that prevent many people around the world from accessing life-saving preventive services, diagnostics, treatment and care. These barriers lead to wide discrepancies in the risks of developing and surviving cancer,” UICC explains in a press release.

“By 2030, it is estimated that 75% of all premature deaths due to cancer will occur in low- and middle-income countries. Importantly, this care gap is not only between high- and low-resource settings,” UICC President Anil d’Cruz explains in the press release.

“Disparities exist within most countries among different populations due to discrimination or assumptions that encompass age, cultural contexts, gender norms, sexual orientation, ethnicity, income, education levels and lifestyle issues. These factors potentially reduce a person’s chance of surviving cancer ― and they can and must be addressed.”

A number of recent studies have highlighted disparities in cancer care across the United States, as reported by Medscape Medical News. A recent paper showed substantial geospatial variance in the provision of guideline-driven care for certain types of breast cancer, for example. Some of the variance was attributable to race and ethnicity, but most was unexplained. Others have outlined ways to reduce disparities, for example, in access to cancer screening services.

As explained in the UICC report, The Social Determinants of Health and Cancer, care inequity involves “unequal distribution of health or resources” but is generally driven by “underlying and additional factors,” such as income level, education, geographical location, national resources, gender norms, cultural contexts and biases, and discrimination based on ethnicity, race, gender, sexual orientation, age, disability, and lifestyle.

On top of all this, the COVID-19 pandemic significantly disrupted cancer services and exacerbated existing health inequities, UICC comments.

It emphasizes that the equity gap continues to cost lives.

Breaking Down the Barriers

The new campaign aims to close this gap by “addressing the barriers that prevent people around the world from accessing the cancer care they need,” says UICC.

This year, 2022, the campaign will focus on understanding and recognizing the inequities.

“It’s about having an open mind, challenging assumptions and looking at the hard facts,” the organization adds.

It predicts that “efficient and widely accessible cancer services will save countless individuals from a premature and often painful death…strengthen families and communities, benefit the economy with greater workforce participation, and offer net savings to health budgets.”

In 2023, the campaign will focus on unity and continued action. In 2024, the plan is to challenge those in power.

“We will raise our voices to engage our leaders,” the campaign website proclaims.

“Now that we have knowledge and a united community by our side, we are ready to shake the very foundations of injustice — to become lifelong advocates fully equipped to push for lasting change.”

Many cancer-centered organizations are on board and are already working toward these goals, and others have launched their own initiatives to coincide with World Cancer Day 2022.

The American Association for Clinical Oncology (ASCO) and the American Cancer Society (ACS), as announced February 1, will collaborate “to ensure that people can easily find the trusted, expert-approved cancer content they need when turning to either organization for information.”

A united effort is the key to success, UICC stresses.

“As individuals, as communities, we can and must come together and break down barriers. We have achieved a lot in the last decade in cancer care and control around the world but not addressing inequities in society is slowing our progress,” says UICC Chief Executive Officer Cary Adams, MD. “Closing the care gap is about fairness, dignity and fundamental rights to allow everyone to lead longer lives in better health.”