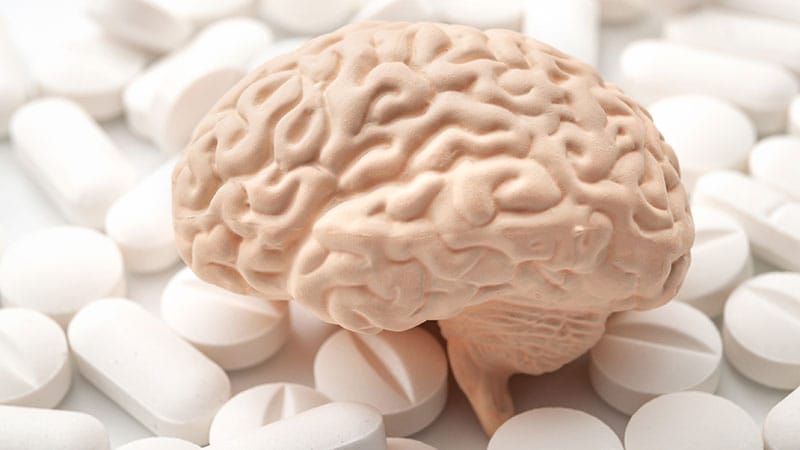 In a randomized controlled trial, 40 healthy adults were given the attention-deficit/hyperactivity disorder (ADHD) treatments methylphenidate or dexamphetamine or the wakefulness-promoting drug modafinil vs placebo.

While receiving the so-called “smart drugs,” participants spent more time and made more moves more quickly while solving each problem on a complex cognitive task than when given the placebo. But with no significant improvement in overall performance, all drugs were associated with a significant reduction in efficiency.

The findings “reinforce the idea that, while the drugs administered were motivational, the resulting increase in effort came at a cost in the loss of productivity,” said study presenter David Coghill, MD, PhD, chair of developmental mental health, The University of Melbourne, Victoria, Australia.

This was especially true for individuals who scored high when receiving placebo, “who ended up producing below average productivity when on the drugs,” he noted.

“Overall, these drugs don’t increase the performance. Instead, they cause a regression to the mean, and appear to have a more negative effect on those who performed best at baseline,” Coghill added.

He presented the findings here at the 35th European College of Neuropsychopharmacology (ECNP) Congress.

Coghill noted that prescription-only stimulant drugs are increasingly used by employees and students as “smart drugs” to enhance workplace or academic productivity.

He conducted the study with colleagues from the Department of Economics at his institution, because of “their interest in people using cognitive enhancers within the financial industry, in the hope that that would increase their productivity in what is a very competitive industry on the floor of the trading rooms.”

However, while “there’s a subjective belief” that these drugs are effective as cognitive enhancers, the evidence to actually demonstrate that in healthy individuals “is, at best, ambiguous,” he told meeting attendees.

Improvements in cognitive capacities, such as working memory and improved planning, are most evident in clinical populations such as those with ADHD, which could be due to a “ceiling effect” of the cognitive tasks in healthy individuals, Coghill noted.

To investigate further, the researchers conducted a randomized, double-blinded trial of standard adult doses of methylphenidate (30 mg), dexamphetamine (15 mg), and modafinil (200 mg) vs placebo. The healthy participants (n = 40), all of who were aged 18 to 35 years, crossed to each of the other treatment groups over the course of four intervention sessions.

All were asked to solve eight instances of the knapsack task, the aim of which is to place theoretical objects in a knapsack to achieve the maximum value within a certain weight limit.

“This looks very simple but as the number of items increases, it becomes incredibly complex to compute, and actually is not computable using standard approaches. You have to deal with trial and error,” Coghill said.

Moreover, the drugs, both individually and collectively, had a significant negative effect on the value attained during any one attempt at the knapsack task (slope = –0.003; P = .02), an effect that extended “across the whole range” of task complexity, Coghill reported.

He went on to show that “participants actually looked as if they were working harder” when they took the three active drugs than when they were given a placebo. They also “spent more time solving each problem,” he added

When taking the active drugs, participants also made more moves during each task than when taking placebo, and made their moves more quickly.

“So these medications increased motivation,” Coghill said. “If you were sitting [and] watching this person, you would think that they were working harder.”

Yet their productivity, defined as the average gain in value per move on the knapsack task, was lower. Regression analysis identified a “significant and sizeable drop in productivity” vs placebo, Coghill noted.

“Breaking it down a little bit more, when you looked at the individual participant level, you find substantial heterogeneity across participants,” noted Coghill.

While the relationship was “exactly the same with modafinil,” it was not found with dexamphetamine, with a strong negative correlation between the productivity effects between dexamphetamine and methylphenidate (slope = –0.29; P < .0001).

“This is surprising because we assume that methylphenidate and dexamphetamine are working in very similar ways,” Coghill said.

Commenting for Medscape Medical News, session chair John F. Cryan, PhD, Department of Anatomy & Neuroscience, University College Cork, Ireland, said that, based on the current data, “we might need to rethink [how] ‘smart’ psychopharmacological agents are.”

Cryan, who is also chair of the ECNP Scientific Program Committee, added that there may also be a need to revisit the difficulty of different types of cognitive tasks used in studies assessing the abilities of cognitive enhancing drugs and to “rewind conventional wisdom” around them.