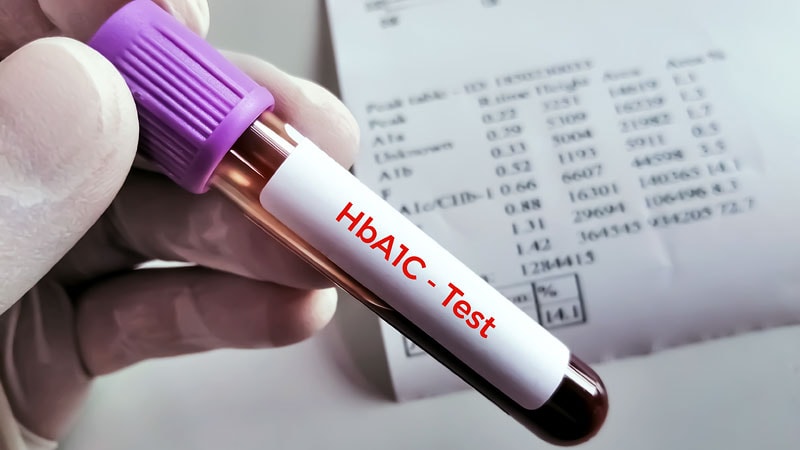 Use of the app for 180 days also significantly linked with a reduced need for additional medications, reduced weight and blood pressure, and improved patient-reported outcomes, and it led to fewer adverse effects than seen in control subjects, Marc P. Bonaca, MD, reported at the American Heart Association scientific sessions.

The findings also showed a clear dose-response relationship: The more CBT lessons a person completed with the app, the greater the A1c reduction.

On the basis of the results from this trial, also called BT-001, the company developing the app, Better Therapeutics, announced in September 2022 that it had filed a classification request with the Food and Drug Administration that would allow marketing authorization for the BT-001 app. Better Therapeutics envisions that once authorized by the FDA, the app would be available to people with type 2 diabetes by prescriptions written by healthcare providers and that the cost for the app would be covered by health insurance, explained a company spokesperson.

“CBT is an empirically supported psychotherapy for a variety of emotional disorders, and it has been adapted to target specific emotional distress in the context of chronic illness,” said Amit Shapira, PhD, a clinical psychologist at the Joslin Diabetes Center in Boston who has not been involved in the BT-001 studies. A CBT protocol designed for diabetes, CBT for Adherence and Depression, “has been shown to have a positive impact on depression symptoms and glycemic control in adults with type 2 diabetes,” Shapira said in an interview.

Based on published results, the BT-001 app “seems to have a modest positive impact on glycemic control, especially among people who completed more than 10 [lesson] modules.” The evidence appears to suggest that the app “might be a good supplement to working with a behavioral health counselor.”

The BT-001 trial enrolled 669 adults with type 2 diabetes for an average of 11 years and an A1c of 7%-10.9% with an average level of 8.2%. Participants had to be on a stable medication regimen for at least 3 months but not using insulin, and their treatment regimens could undergo adjustment during the trial. At baseline, each subject was on an average of 2.1 antidiabetes medications, including 90% on metformin and 42% on a sulfonylurea. The researchers also highlighted that the enrolled cohort of people with type 2 diabetes had a demographic profile that was “generally representative” of US adults with type 2 diabetes.

The researchers told the 326 people who were randomized to the active intervention group to use the app but subjects were free to determine their frequency of use. The app introduced a new lesson module weekly that took 10-20 minutes to complete, and each weekly lesson came with associated exercises aimed at practicing skills related to behavioral beliefs.

The study’s primary efficacy endpoint was the average change from baseline in A1c compared with the 343 control participants after 90 days of app use, and 610 of the 669 enrolled participants (91%) had paired baseline and 90-day measurements. At 90 days, people in the app group had an average 0.28 percentage point decrease in their A1c compared with an average 0.11 percentage point increase among the controls, a between-group difference of 0.39 percentage points. Both the reduction from baseline with app use and the reduction relative to the controls were significant. These results appeared in an article published online in in Diabetes Care.

“It would be interesting to learn more about the adults who engaged with the app” and had a higher use rate “to provide more targeted care” with the app to people who match the profiles of those who were more likely to use the app during the trial, said Shapira.

Bonaca, a cardiologist and vascular medicine specialist and executive director of CPC Clinical Research and CPC Community Health, an academic research organization created by and affiliated with the University of Colorado Anschutz Medical Campus in Aurora, Colo., reported several other 180-day outcomes in the BT-001 trial:

‘Ready For Clinical Use’

Based on these findings, “in my view the app is ready for [routine] clinical use,” declared Judith Hsia, MD, a cardiologist and professor of medicine at the University of Colorado in Aurora, and with Bonaca a co-lead investigator for the study.

The BT-001 app can serve as “an addition to the toolkit of diabetes treatments,” Hsia said in an interview. One key advantage of the app is that, once approved, it could be available to many more people with type 2 diabetes than would be able to receive CBT directly from a therapist. Another potential plus for the CBT app is that “the effects should be durable in contrast to medications,” which must be taken on an ongoing basis to maintain effectiveness. In addition, the safety profile “is favorable compared with drug therapies, which should appeal to healthcare providers,” said Hsia, chief science officer for CPC Clinical Research.

The BT-001 trial was sponsored by Better Therapeutics, the company developing the app. CPC Clinical Research receives research and consulting funding from numerous companies. Bonaca has been a consultant to Audentes, and is a stockholder of Medtronic and Pfizer. Shapira had no disclosures. Hsia is a stockholder of AstraZeneca.