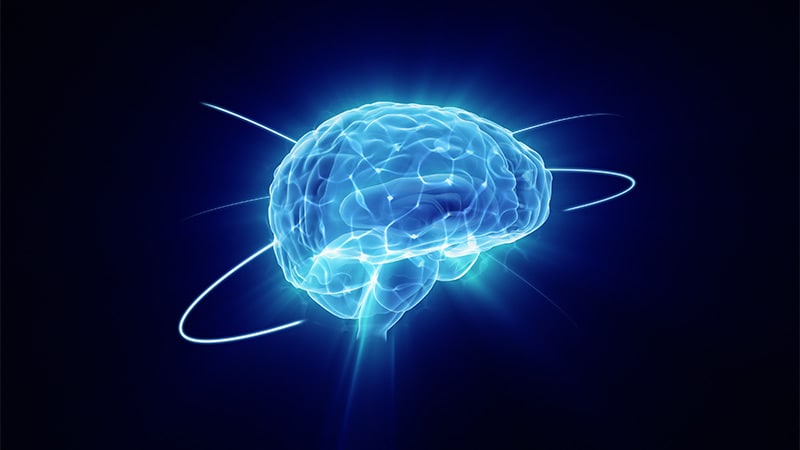 PCSK9 inhibitors, which are among the most effective therapies for reducing LDL cholesterol (LDL-C), are associated with a neutral effect on cognitive function, according to a genetics-based Mendelian randomization study intended to sort out through the complexity of confounders.

The same study linked HMG-Co A reductase inhibitors (statins) with the potential for modest adverse neurocognitive effects, although these are likely to be outweighed by cardiovascular benefits, according to a collaborating team of investigators from the U.S. National Institutes of Health and the University of Oxford (England).

For clinicians and patients who continue to harbor concerns that cognitive function is threatened by very low LDL-C, this novel approach to evaluating risk is “reassuring,” according to the authors.

Of several factors that provided a basis for concern, the PCSK9 enzyme is known to participate in brain development, according to the authors of this newly published study.

The objective of this Mendelian randomization analysis was to evaluate the relationship of PCSK9 inhibitors and statins on long-term neurocognitive function. Used previously to address other clinical issues, a drug-effect Mendelian randomization analysis evaluates genetic variants to determine whether there is a causal relationship between a risk, which in this case was lipid-lowering drugs, to a specific outcome, which was cognitive performance.

By looking directly at genetic variants that simulate the pharmacological inhibition of drug gene targets, the bias of confounders of clinical effects, such as baseline cognitive function, are avoided, according to the authors.

The message from this drug-effect Mendelian analysis was simple, according to the senior author of the study, Falk W. Lohoff, MD, chief of the section on clinical genomics and experimental therapeutics, National Institute of Alcohol Abuse and Alcoholism.

“Based on our data, we do not see a significant cognitive risk profile with PCSK9 inhibition associated with low LDL-C,” Lohoff said in an interview. He cautioned that “future long-term clinical studies are needed to confirm the absence of this effect,” but he and his coauthors noted that these data concur with the clinical studies.

From genome-wide association studies, single-nucleotide polymorphisms in PCSK9 and HMG-Co A reductase were extracted from a sample of more than 700,000 individuals of predominantly European ancestry. In the analysis, the investigators evaluated whether inhibition of PCSK9 or HMG-Co A reductase had an effect on seven clinical outcomes that relate to neurocognitive function, including memory, verbal intelligence, and reaction time, as well as biomarkers of cognitive function, such as cortical surface area.

The genetic effect of PCSK9 inhibition was “null for every cognitive-related outcome evaluated,” the investigators reported. The genetic effect of HMG-Co A reductase inhibition had a statistically significant but modest effect on cognitive performance (P = .03) and cortical surface area (P = .03). While the impact of HMG-Co A reductase inhibition on reaction time was stronger on a statistical basis (P = .0002), the investigators reported that it translated into a decrease of only 0.067 milliseconds per 38.7 mg/dL. They characterized this as a “small impact” unlikely to outweigh clinical benefits.

In an editorial that accompanied publication of this study, Brian A. Ference, MD, MPhil, provided context for the suitability of a Mendelian randomization analysis to address this or other questions regarding the impact of lipid-lowering therapies on clinical outcomes, and he ultimately concurred with the major conclusions

Ultimately, this analysis is consistent with other evidence that PCSK9 inhibition does not pose a risk of impaired cognitive function, he wrote. For statins, he concluded that this study “does not provide compelling evidence” to challenge their current clinical use.

Data Do Not Support Low LDL-C as Cognitive Risk Factor

Moreover, this study – as well as other evidence – argues strongly against very low levels of LDL-C, regardless of how they are achieved, as a risk factor for diminished cognitive function, Ference, director of research in the division of translational therapeutics, University of Cambridge (England), said in an interview.

“There is no evidence from Mendelian randomization studies that lifelong exposure to lower LDL-C increases the risk of cognitive impairment,” he said. “This is true when evaluating lifelong exposure to lower LDL-C due to genetic variants in a wide variety of different genes or the genes that encode the target PCKS9 inhibitors, statins, or other lipid-lowering therapies.”

In other words, this study “adds to the accumulating evidence” that LDL-C lowering by itself does not contribute to an adverse impact on cognitive function despite persistent concern. This should not be surprising. Ference emphasized that there has never been strong evidence for an association.

“As I point out in the editorial, there is no biologically plausible mechanism by which reducing peripheral LDL-C should impact neurological function in any way, because the therapies do not cross the blood brain barrier, and because the nervous system produces its own cholesterol to maintain the integrity of membranes in nervous system cells,” he explained.

Lohoff reports no potential conflicts of interest. Ference has financial relationships with numerous pharmaceutical companies including those that make lipid-lowering therapies.