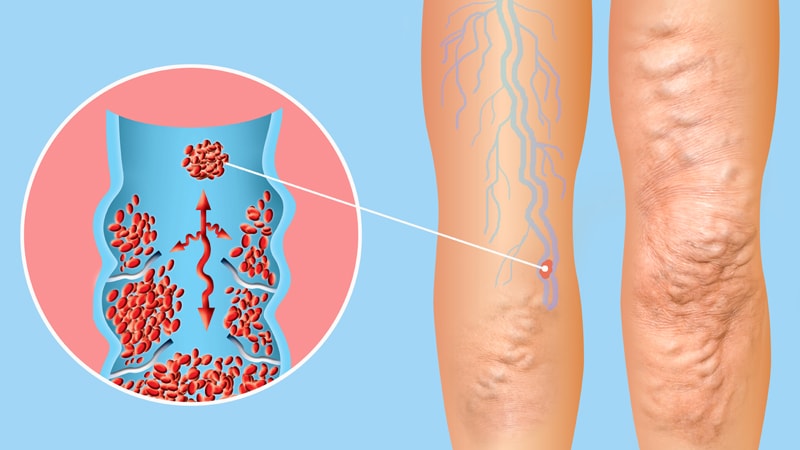 If no triggering event can be identified for a patient with deep vein thrombosis, an unknown cancer should be considered as a cause. Rosemary Poulose and L. Christian Napp, MD, et al from Hannover Medical School in Germany recalled this in a recent journal article. They recounted the medical history of a 72-year-old woman.

The woman had been treated on an inpatient basis for 3 months for paranoid schizophrenia. The authors reported that the patient had refused subcutaneous thrombosis prophylaxis, which was indicated because of insufficient mobility. Three months after being admitted to the clinic, she complained of sudden-onset pain and swelling of the right leg.

Diagnosis: thrombosis of the popliteal vein and secondary degenerated cartilaginous exostosis (chondrosarcoma) of the tibia.

The authors further explained that the guidelines of the Working Group of Scientific Medical Societies recommend, “aside from basic laboratory testing, an individual approach and initial completion of age-specific and sex-specific screenings where applicable, also including chest x-ray and abdominal ultrasound.”

Cartilaginous exostoses (osteochondromas) are benign bone tumors that can degenerate, which are then referred to as secondary chondrosarcomas. Poulose et al stated that chondrosarcomas account for about 20% of malignant bone tumors. There have been rare cases of chondrosarcomas infiltrating into vessels and metastasizing, which can lead to thromboembolisms.

This article was translated from Univadis Germany.