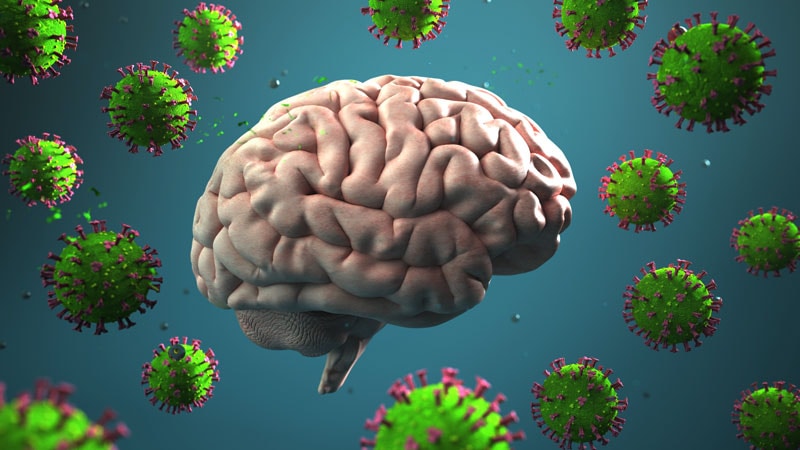 People who have had prior SARS-CoV-2 infection report significantly more symptoms of cognitive dysfunction and specifically executive dysfunction than people in the general population with no such infection, according to new data published on the preprint server medRxiv.

Researchers, led by Peter A. Hall, PhD, with the University of Waterloo in Waterloo, Canada, found that COVID infection is associated with executive dysfunction among young and middle-aged adults, including for those not exposed to intubation or hospitalization.

The findings, published online January 2, have not been peer-reviewed.

The study included a representative cohort of 1958 community-dwelling young and middle-aged adults. It used a balanced proportion of infected and uninfected people to estimate the link between SARS-CoV-2 infection and cognitive/executive dysfunction.

The authors note that the survey was conducted from September 28 to October 21, 2021, when the primary variant in Canada was Delta.

The research was a cross-sectional observational study with data from the ongoing Canadian COVID-19 Experiences Survey (CCES). It included equal representation of vaccinated and vaccine-hesitant adults between age 18 and 54 years. COVID-19 symptoms ranged from negligible to life-threatening cases requiring hospitalization.

Half in the cohort (50.2%) received two vaccine shots; 43.3% had received no shots; and 5.5% received one shot, but were not intending to receive a second shot.

According to the paper, those with prior COVID-19 infection, regardless of symptom severity, reported a significantly higher number of symptoms of executive dysfunction than their non-infected counterparts (Mechanical Adjustment [Madj] = 1.63, SE = 0.08, 95% CI, 1.47 – 1.80; P = .001).

“This reinforces what we’re hearing about — that COVID is not ‘one and done.’  It can have lasting and quite subtle and damaging effects on the human body,” William Schaffner, MD, infectious disease specialist with Vanderbilt University School of Medicine in Nashville, Tennessee, told Medscape Medical News.

Measuring executive functioning — including the ability to make sound decisions — is something other studies haven’t typically addressed, he said.

Schaffner said it was troubling that young people are more likely to experience the dysfunction.

“When we think of ‘brain fog’ we think of older persons who are already predisposed to have more memory lapses as they get older,” he said.

The link between cognitive dysfunction and COVID-19 infection has been shown in other studies, but many have not used representative samples and have not compared results to noninfected controls in the general population, the authors write.

Executive dysfunction was measured using four questions from the Deficits in Executive Functioning Scale. Respondents were asked how often they have experienced these scenarios in the past 6 months:

“This makes it even more important that we talk about vaccination,” Schaffner said, “because clearly the more seriously ill you are, the more likely this sort of thing is likely to happen and vaccines have been shown time and again to avert hospitalizations and more serious illness.

“It also makes more important the monoclonal antibody treatments we have and the antivirals, which will prevent the evolution of mild disease into something more serious,” Schaffner said.

This research was supported by a grant from the Canadian Institutes for Health Research (CIHR), Institute for Population and Public Health. The study authors and Schaffner have disclosed no relevant financial relationships.