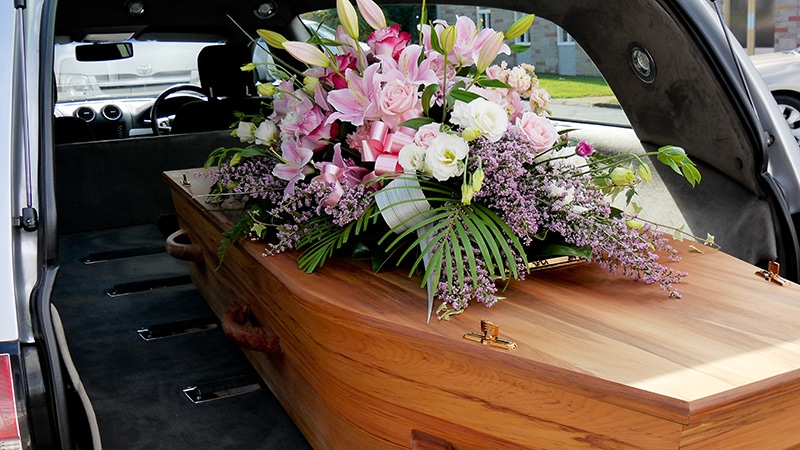 The owner of a Colorado funeral home has pleaded guilty to federal charges of mail fraud after the FBI uncovered an operation to sell body parts of deceased clients without the families’ permission.

Megan Hess, owner of Sunset Mesa Funeral Home, and her mother, Shirley Koch, were indicted in March 2020. In addition to mail fraud, Hess faced charges of transporting hazardous material, but those charges were dropped.

Hess faces up to 20 years in prison, according to her plea arrangement with prosecutors.

The pair was arrested in March 2020 and charged with six counts of mail fraud and three counts of illegal transportation of hazardous materials. Koch has pleaded not guilty.

In 2009, Hess started a nonprofit body broker service called Sunset Mesa Funeral Foundation Donor Services out of her Montrose, CO,  funeral home. Through the nonprofit, Hess and Koch would charge families up to $3,845 for cremation services and, in over a dozen cases, secretly transferred bodies to third-party buyers, according to a lawsuit filed by former customers.

“Meeting with hospice on the 4th…opening the floodgates of donors,” Hess wrote to a prospective body-part buyer in 2014, according to Reuters. “They have four or five deaths a day. Get ready!!!! … How about a deal on full embalmed spines … $950?”

Over the course of their 8-year enterprise, the mother-daughter duo raked in hundreds of thousands of dollars from selling hundreds of bodies, according to court documents. This immense profit allowed Sunset Mesa to offer extremely low rates for cremation services, attracting the business of poorer families and providing an ever-flowing supply of cadavers.

Unsuspecting families received ashes from the funeral home that consisted of “bone material,” metal and dirt, according to FBI documents. Additionally, many families began to notice inconsistencies such as mistakes on their loved ones’ death certificates and missing jewelry, which brought the Hess-Koch operation under scrutiny in 2019.

While Hess has described the crackdown as a “legal travesty,” a lawsuit filed by families in 2019 says family members were traumatized, with many saying they have been left haunted by visions of their loved ones being dissected and sold.

Danielle McCarthy, who says she was deceived by Sunset Mesa after her husband passed away, described the ordeal as “unconscionable” and said the families were scammed during the most sacred part of a person’s life, according to The Daily Sentinel.

“The defendants are charged with committing a blatant fraud on many, many victims. This betrays a fundamental trust during one of the worst times in a person’s life – having to make arrangements for a deceased loved one,” U.S. Attorney Jason Dunn said in a statement when Hess and Koch were indicted in 2020.

“It is hard to imagine the pain and worry of those who used Sunset Mesa and not knowing what happened to their loved ones’ remains.”

In America, only four states closely track donations and sales, and for-profit brokers can earn millions of dollars handling dead bodies, according to Reuters.

With the size and complexities of the body sales market remaining relatively unknown, families are left to wonder: “Should I trust my funeral home?”