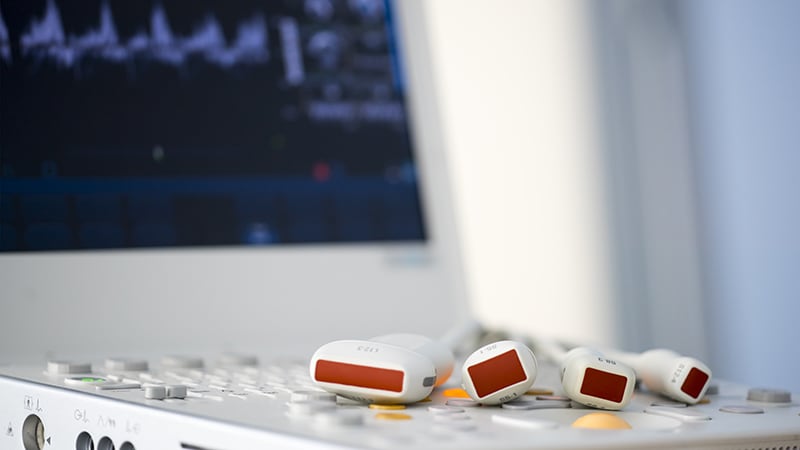 Functional capacity in heart failure with reduced ejection fraction (HFrEF) appears to improve within a few weeks of SGLT2-inhibitor initiation, suggests a small, randomized study that followed peak VO2 in patients with HFrEF assigned to take dapagliflozin (Farxiga). The benefit observed at 30 days held at a plateau for at least a few more months.

The new study, called DAPA-VO2, has limitations but is consistent with a similar study of empagliflozin (Jardiance), investigators observed, and could help explain why clinical risk fell off so rapidly once patients started on SGLT2 inhibitors in major HFrEF trials of these drugs.

Peak VO2 in the study rose 8% further (P = .021) in patients on dapagliflozin compared with placebo a month into the trial, the gain persisting at least to 90 days, reported Julio Nuñez Villota, MD, PhD, University of Valencia, Valencia, Spain, who presented the results May 23 at the Heart Failure Association of the European Society of Cardiology (HFA-ESC) 2022 sessions, conducted virtually and in person in Madrid.

Thirteen of the 90 randomized patients, or about 14%, were either lost to follow-up or otherwise didn’t complete the study due to “special challenges during the COVID-19 pandemic,” explained Nuñez Villota, who is also senior author on publication of the results in the European Journal of Heart Failure, timed to coincide with his live presentation.

Of note, the two assignment groups didn’t differ significantly for any secondary endpoints, which included 6-minute walk test (6MWT) distance, quality-of-life scores, and echocardiographic measures of left ventricular and left atrial volumes and systolic and diastolic function. Their discordance with the primary outcome, the published report proposes, may stem from the “short follow-up, which may underestimate potential benefits that can take longer to emerge,” as well as a shortfall in statistical power for secondary endpoints.

Moreover, the 6MWT “has a lot of limitations. It’s a surrogate,” Nuñez Villota said during panel discussion that followed his presentation. “Most of these patients are limited as a result of osteoarticular problems. In my opinion, the six-minute walk test is not the best test to evaluate functional capacity in heart failure.”

Insights From Other Trials?

Follow-up in that 2020 study, called EMPA-TROPISM, was 6 months rather than 3. However, only 4 of its 84 patients with HFrEF had been lost to follow-up, Drazner, unaffiliated with either study, told theheart.org | Medscape Cardiology.

“It was notable that the secondary endpoints did not show a parallel benefit at either 1 or 3 months” in DAPA-VO2 patients who received the SGLT2 inhibitor, he said. Moreover, “the drop-out rate over 3 months seems excessively high.”

Therefore, Drazner said, “I personally think it is a leap to say the increased peak VO2 seen in DAPA-VO2  at 1 month explains any early separation of clinical outcomes seen in the larger randomized controlled trials.”

The current study’s placebo-corrected change in VO2 max, which was similar to that in EMPA-TROPISM, amounts to “what is generally considered as a clinically meaningful difference, and is comparable to that seen with cardiac resynchronization therapy,” Kieran F. Docherty, MBChB, Institute of Cardiovascular and Medical Sciences, University of Glasgow, Glasgow, UK, observed for theheart.org | Medscape Cardiology.

“Therefore, I think it is possible that this effect of SGLT2 inhibitors could be one of the potentially many mechanisms of actions behind their clinical benefits,” said Docherty, also not connected with DAPA-VO2.

“The lack of significant effect on 6-minute walk distance with dapagliflozin in this trial may simply reflect the limitations of the test itself and the small sample size,” he agreed. And as other studies support a reverse remodeling effect from SGLT2 inhibitors, and “the echo parameters at 3-months all trended in a favorable direction with dapagliflozin, I think the trial duration may have just been too short to show a significant remodeling effect.”

DAPA-VO2 assigned 90 patients with HFrEF in NYHA class 2-3, three fourths of them male, to receive dapagliflozin at 10 mg/day or placebo at three centers in Spain. “Changes in heart failure therapy during the study were discouraged,” the published report states, but “loop diuretics were modified during the trial in 3 patients.”

Notably in DAPA-VO2, Nuñez Villota observed, the gains from dapagliflozin occurred in patients who were already well treated. The SGLT2 inhibitor was given atop “triple pharmacologic therapy” in two thirds of those assigned to the drug.

About 97% of the study’s patients overall were on renin-angiotensin-system inhibitors, 91% were on beta-blockers, and about 74% were taking mineralocorticoid receptor antagonists, he noted.

The study therefore confirms “additive beneficial effects” of dapagliflozin in HFrEF that appear to be “mechanistically independent and complementary” to those of other guideline directed HFrEF meds, write Nuñez Villota and colleagues.