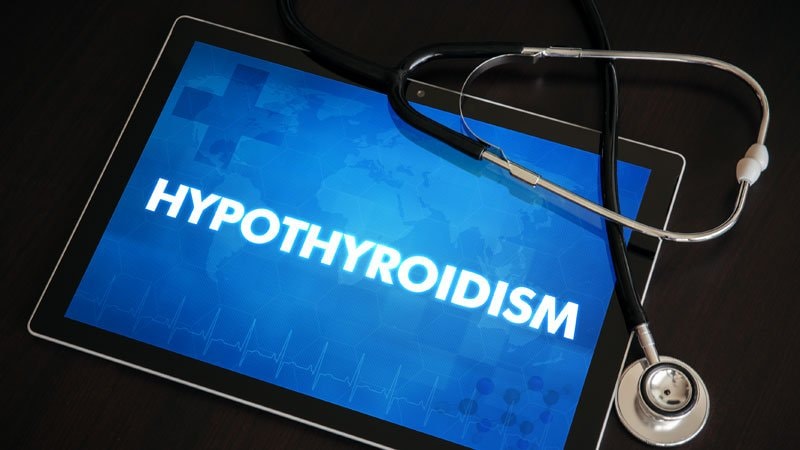 It’s “critically important” for clinicians to recognize that not all patients with hypothyroidism are fully treated with levothyroxine (LT4) and some may need combination treatment with triiodothyronine (LT3) despite normal levels of thyroid stimulating hormone (TSH), according to thyroid expert Antonio C. Bianco, MD, PhD.

Speaking to a crowded room at the recent American Association of Clinical Endocrinology (AACE) Annual Meeting 2022, Bianco summarized the history of thyroid replacement treatment, the emerging data focusing on the subset of patients remaining symptomatic on levothyroxine, and how the clinical guidelines have evolved from stating that LT4 is the one and only treatment to now acknowledging that some patients may need combination therapy.

“Treatment with LT4 will leave residual symptoms in about 10%-20% of the patients. Before planning a thyroid surgery, this issue should be discussed with patients. We used to tell patients that LT4 treatment resolves all symptoms, but this is not true for all. For those…who remain symptomatic while on LT4, physicians should attempt combination therapy,” Bianco told Medscape Medical News.

The acknowledgement, he said, is “critically important because patients are greatly aggravated by the fact that physicians are satisfied with a normal serum TSH and yet they do not feel well. This comes out in every survey we and others have done.” Common residual symptoms include weight gain, fatigue, and “brain fog,” which clinicians sometimes dismiss as psychological, he noted.

However, Bianco cautioned that before attempting combination therapy, it’s important to make sure that patients don’t have other comorbidities that could explain the residual symptoms, including perimenopause/menopause, obesity, vitamin B deficiency, anemia, or other autoimmune diseases.

Bianco is professor of medicine at the University of Chicago and author of more than 80 publications on the thyroid as well as an upcoming book.

Asked for comment, session moderator Alex Tessnow, MD, of the University of Texas Southwestern Medical Center, Southlake, told Medscape Medical News: “I agree with him entirely. I think the biggest challenge we have now is lack of data. It’s amazing how common hypothyroidism is. Almost 20% of women over age 65 have an elevated TSH.”

“Levothyroxine is the number one prescribed drug in the country. And of all those trials, only three have more than one hundred patients in them. That’s how unstudied this topic is. We really need to know more.”

Among the reasons the topic remains controversial, Tessnow said, are that “for years the guidelines said levothyroxine is the first choice. Doctors don’t want to deviate from the guidelines.”

And he noted that some doctors “may be fearful of LT3 being so potent and short-acting and potentially causing cardiac arrhythmias.”

“Levothyroxine is so long-acting it’s easy to give. Often patients have to take LT3 more than once a day on an empty stomach. There’s no combination pill as of now.”

Bianco noted that two investigational slow-release LT3 molecules are currently in the pipeline and could alleviate some of these concerns.

Trials Should Focus on Those Not Doing Well on Levothyroxine Alone

Tessnow and Bianco both noted that most of the studies that have failed to show a benefit of combination LT4+LT3 treatment have included overall populations with hypothyroidism rather than focusing just on those who remain asymptomatic with LT4.

“It is possible that those individuals most likely to benefit from combination therapy may not yet have been included in trials in sufficient numbers in order to provide adequate power for detecting a response,” Bianco said.

Tessnow agreed: “The sheer number of people who are doing fine on levothyroxine are going to cover up the potential benefit the combination would give those who are most symptomatic. We need to focus our studies on those patients”.

Numerous patient-generated publications have documented residual symptoms with LT4 treatment alone, including higher levels of symptoms on questionnaires, deficits in neurocognitive functioning, impact on psychological well-being, and “brain fog,” as reported by Medscape Medical News and published in December 2021, and notably, a study from Bianco’s group in 2018, which found “prominent dissatisfaction” with their treatment and their physicians.

“Some changed physicians five to ten times. We concluded there was a significant burden of unsuccessfully resolved symptoms among patients with hypothyroidism,” Bianco said during his talk.

“Some say patient preference isn’t a clinical outcome, but we have to consider it…To not listen to the patient in what they prefer is unfair and just gives them more reason to be mad at us,” he added.

How Can Combination Therapy Be Given Safely?

The 2012 guidance from the ETA provided specific information for how combination therapy should be prescribed by reducing LT4 and replacing a small amount with LT3 in order to keep TSH within normal range.

Patients should undergo enhanced follow-up, with measurement of serum T3 at baseline and 3 hours after LT3.

This approach should be avoided in patients with cardiac conditions or concomitant use of other medications that could potentiate the effects.

Indeed, while there has been concern about cardiac effects of LT3, trials following nearly 1000 patients for as long as 1 year have shown that the addition of LT3 only minimally affects serum TSH, heart rate, or blood pressure. Bone turnover markers remained within normal range in two studies.

Another large study published in 2016 also showed no long-term effects of LT3 on cardiovascular disease outcomes or fractures, although there was increased use of antipsychotic medications.

“Given the new safety data, physicians could be more liberal with this form of therapy as they treat patients with residual symptoms,” he concluded.