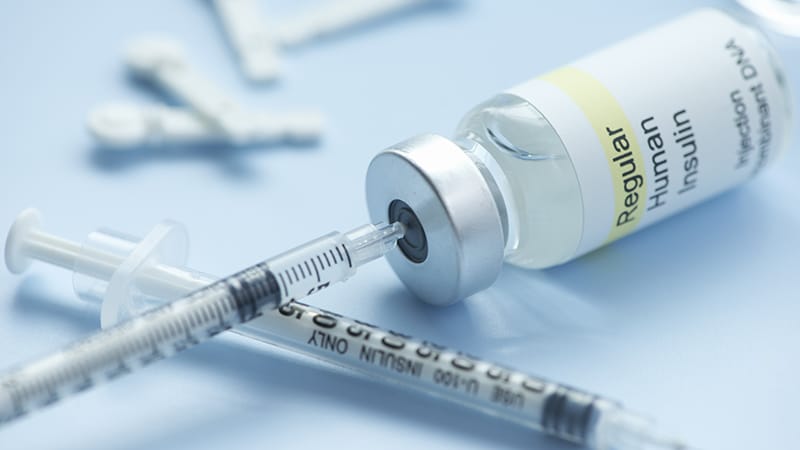 Professional diabetes organizations are applauding the introduction of a new bipartisan bill aimed at reducing out-of-pocket costs for insulin and are urging Congress to pass it.

The Improving Needed Safeguards for Users of Lifesaving Insulin Now (INSULIN) Act was introduced by Senator Jeanne Shaheen (D-NH) and Senator Susan Collins (R-ME). Insulin costs have skyrocketed in recent years and are unaffordable for many. Nearly 9% of patients with private insurance paid an average of $403 a month for insulin in 2019, according to the Health Care Cost Institute.

If enacted, the bill would encourage insulin manufacturers to reduce their list prices by prohibiting them from collecting rebates on certain discounted insulins — a practice that drives up costs — and by limiting patient copays and co-insurance to no more than $35 per month for at least one insulin of each type. The bill would also ensure that prior authorization and other medical management requirements can’t be used to limit beneficiary use.

The Endocrine Society issued a statement endorsing the INSULIN Act and urging Congress to pass it, noting that it aligns with the Society’s January 2021 Insulin Access and Affordability Position Statement recommending ways to lower the price of insulin, as reported by Medscape Medical News.

“This bill is about our patients and making insulin affordable for them. The Endocrine Society urges the Senate to pass this bill quickly. People with diabetes who rely on insulin cannot wait any longer. We are very grateful to Senators Shaheen and Collins for their leadership and persistence in identifying a bipartisan solution,” said Joshua Joseph, MD, clinical affairs core committee chair for The Endocrine Society.

The American Diabetes Association (ADA) also announced its support for the bill. “This legislation and leadership by Senators Shaheen and Collins addresses some of the root cost-drivers of insulin, making the drug more affordable for people with diabetes who are facing serious and expensive complications without access,” said ADA Chief Scientific and Medical Officer Robert Gabbay, MD. “This legislation will ensure that millions of Americans pay less for their insulin.”

The type 1 diabetes research and advocacy organization JDRF also applauded the proposed legislation. “Right now, we have a broken system. People with diabetes can pay $300 or more for a vial of insulin, while others in the health system receive discounts of 70% or more,” said JDRF Chief Mission Strategy Officer Cynthia Rice. “The INSULIN Act…is a critical step forward for the diabetes community.”

The Senate bill follows the passage of legislation by the US House of Representatives in April 2022 that would cap insured patients’ insulin costs at $35 per month, as reported by Medscape Medical News.