Diagnosing Neurofibromatosis 1, With and Without Genetic Testing 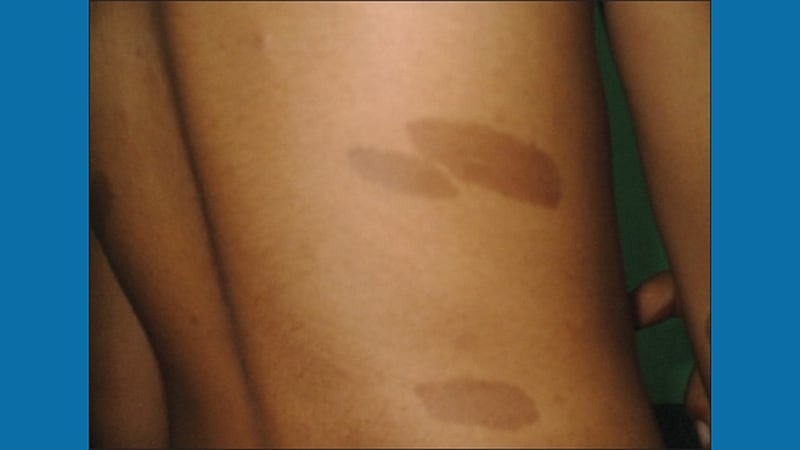 When a child presents with café au lait macules, when is genetic testing for neurofibromatosis type 1 (NF1) advised?

According to Peter Kannu, MB, ChB, DCH, PhD, a definitive diagnosis of NF1 can be made in most children using National Institutes of Health criteria published in 1988, which include the presence of two of the following:

For example, in the case of an 8-year-old child who presents with multiple café au lait macules, axillary and inguinal freckling, Lisch nodules, and an optic glioma, “the diagnosis is secure and genetic testing is not going to change clinical management or surveillance,” Kannu, a clinical geneticist at the University of Alberta, Edmonton, said during the annual meeting of the Society for Pediatric Dermatology. “The only reason for genetic testing in this situation is so that we know the mutation in order to inform reproductive risk counseling in the future.”

However, while a diagnosis of NF1 may be suspected in a 6- to 12-month-old presenting with only café au lait macules, “the diagnosis is not secure because the clinical criteria cannot be met. In this situation, a genetic test can speed up the diagnosis,” he added. “Or, if the test is negative, it can decrease your suspicion for NF1 and you wouldn’t refer the child on to an NF1 screening clinic for intensive surveillance.”

Kannu based his remarks largely on his 5 years working at the multidisciplinary Genodermatoses Clinic at the Hospital for Sick Children, Toronto. Founded in 2015, the clinic is a “one-stop shop” designed to reduce the wait time for diagnosis and management and the number of hospital visits. The team – composed of a dermatologist, medical geneticist, genetic counselor, residents, and fellows – meets to review the charts of each patient before the appointment, and decides on a preliminary management plan. All children are then seen by one of the trainees in the clinic who devises a differential diagnosis that is presented to staff physicians, at which point genetic testing is decided on. A genetics counselor handles follow-up for those who do have genetic testing.

In 2018, Kannu and colleagues conducted an informal review of 300 patients who had been seen in the clinic. The mean age at referral was about 6 years, 51% were female, and the top three referral sources were pediatricians (51%), dermatologists (18%), and family physicians (18%). Of the 300 children, 84 (28%) were confirmed to have a diagnosis of NF1. Two patients were diagnosed with NF2 and 5% of the total cohort was diagnosed with mosaic NF1 (MNF1), “which is higher than what you would expect based on the incidence of MNF1 in the literature,” he said.

He separates genetic tests for NF1 into one of two categories: Conventional testing, which is offered by most labs in North America; and comprehensive testing, which is offered by the medical genomics lab at the University of Alabama at Birmingham. Conventional testing focuses on the exons, “the protein coding regions of the gene where most of the mutations lie,” he said. “The test also sequences about 20 base pairs or so of the intron exon boundary and may pick up some intronic mutations. But this test will not detect anything that’s hidden deep in the intronic region.”

Comprehensive testing, meanwhile, checks for mutations in both introns and exons.

Kannu and colleagues published a case of a paraspinal ganglioneuroma in the proband of a large family with mild cutaneous manifestations of NF1, carrying a deep NF1 intronic mutation. “The clinicians were suspicious that this was NF1, rightly so. The diagnosis was only confirmed after we sent samples to the University of Alabama lab where the deep intronic mutation was found,” he said.

The other situation where conventional genetic testing may be negative is in the case of MNF1, where there “are mutations in some cells but not all cells,” Kannu explained. “It may only be present in the melanocytes of the skin but not present in the lymphocytes in the blood. Mosaicism is characterized by the regional distribution of pigmentary or other NF1 associated findings. Mosaicism may be detected in the blood if it’s more than 20%. Anything less than that is not detected with conventional genetic testing using DNA from blood and requires extracting DNA from a punch biopsy sample of a café au lait macule.”

The differential diagnosis of café au lait macules includes several conditions associated mutations in the RAS pathway. “Neurofibromin is a key signal of molecules which regulates the activation of RAS,” Kannu said. “A close binding partner of NF1 is SPRED 1. We know that mutations in this gene cause Legius syndrome, a condition which presents with multiple café au lait macules.”

Two key receptors in the RAS pathway include EGFR and KITL, he continued. Mutations in the EGFR receptor cause a rare condition known as neonatal skin and bowel disease, while mutations in the KITL receptor cause familial progressive hyperpigmentation with or without hypopigmentation. “Looking into the pathway and focusing downstream of RAS, we have genes such as RAF and CBL, which are mutated in Noonan syndrome,” he said. “Further along in the pathway you have mutations in PTEN, which cause Cowden syndrome, and mutations in TSC1 and TSC2, which cause tuberous sclerosis. Mutations in any of these genes can also present with café au lait macules.”

During a question-and-answer session Kannu was asked to comment about revised diagnostic criteria for NF1 based on an international consensus recommendation, such as changes in the eye that require a formal opthalmologic examination, which were recently published.

“We are understanding more about the phenotype,” he said. “If you fulfill diagnostic criteria for NF1, the main reasons for doing genetic testing are, one, if the family wants to know that information, and two, it informs our reproductive risk counseling. Genotype-phenotype correlations do exist in NF1 but they’re not very robust, so that information is not clinically useful.”

Kannu disclosed that he has been an advisory board member for Ipsen, Novartis, and Alexion. He has also been a primary investigator for QED and Clementia.