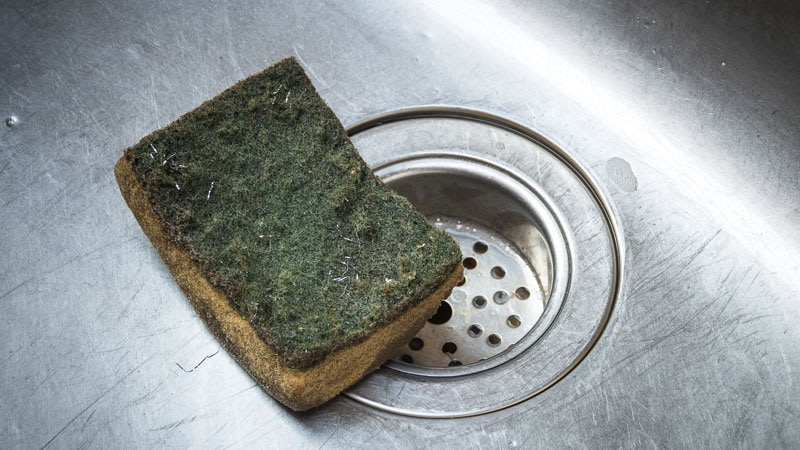 A kitchen sponge is the perfect environment for a thriving smorgasbord of different bacteria, according to researchers from Duke University. After doing experiments, the scientists discovered that the sponge in the kitchen sink is a better incubator for diverse communities of bacteria than a petri dish in a lab.

And it’s not just the trapped leftovers that feed the swarming microbes, they warn. It’s the structure of the sponge that is housing these germs.

When it comes down to it, bacteria are a bit like people: Some are gregarious extroverts that prefer living in a community, while others are reticent loners that would rather avoid crowds. When you dump a bunch of different bacteria into a petri dish, the loners have nowhere to hide, limiting how broad and diverse the microbial community can become.

At least, that’s what the group of biomedical engineers found when they did experiments to learn how bacteria species affect the population of other species in different environments. The researchers published their findings in the journal Nature Chemical Biology.

Understanding how a particular environment affects microbes can be useful for industries that use bacteria to do different jobs. For example, oil-devouring microbes help clean up oil spills. Figuring out what environments they thrive best in can make pollution cleanup more efficient.

But there’s another benefit of research like this that hits closer to home: Discovering what items are most likely to teem with bacteria will help us avoid the health harms of them. The researchers in this study didn’t look at dishwashing alternatives for less hospitable bacteria environments, but it’s possible that rags or scrub brushes would be less likely to host as diverse a community of microbes as kitchen sponges.