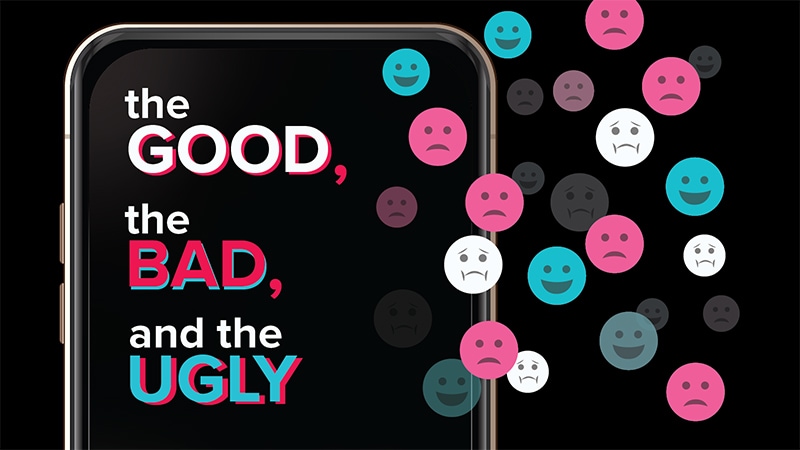 It’s the season of love. In that spirit, we’re offering you a bouquet of absurd TikTok health trends that physicians love to hate — and explain the absurdity of. Lean in and get a whiff of the latest good, bad, and ugly videos making the rounds on the internet’s most perplexing platform. But don’t get too close; these videos are especially ripe.

The Good: Can You Fart Yourself Blind? Doc Explains

It’s something we’ve all wondered about, right?

TikTok and YouTube’s mainstay plastic surgeon Anthony Youn, MD, took it upon himself to reply to a comment saying “I once farted so hard I went blind for 3 minutes.” This phenomenon, according to Youn, is very rare, but not impossible, though we wouldn’t exactly want to try it for ourselves.

In the humorous (but very informative!) video, Youn explains that particularly pungent flatulence can contain large amounts of hydrogen sulfide, a gas that is known for smelling like rotten eggs. According to the Occupational Safety and Health Administration, hydrogen sulfide is produced in a number of industries, like oil and gas refining, mining, and paper processing. Exposure to higher concentrations of hydrogen sulfide can be dangerous, with prolonged exposure at a 2-5 parts per million (ppm) concentration causing nausea, headaches, and airway problems in some asthma patients. At very high concentrations, it can be fatal.

Thankfully, a person’s gas is not at all that dangerous. When it comes to the commentor’s claim, Youn says that something else hydrogen sulfide can do is reduce blood pressure.

“If it reduces blood pressure to the central retinal artery,” Youn says, “your silent but deadly toot could theoretically make you go blind.”

Thank goodness we can lay that question to rest.

You know something bad has happened when your TikTok search ends with a warning from the app that says “Learn how to recognize harmful trends and hoaxes.” That’s what shows up now when you try to find out what the “NyQuil chicken” or “sleepy chicken” trend is (or was) all about.

TikTok videos, including this one from TikTok user @janelleandkate, show users trying out a trend meant to cook up a meal that will also cure your cold symptoms. The trend involves cooking chicken in a pan full of the cold and flu medicine NyQuil. The NyQuil chicken idea stems from a Twitter meme from 2017, so it is possible that some of the recent videos are fake (blue food coloring is easy to get, people).

However, in the instance that people believe the videos to be real and want to try the trend out, it is important to warn that this shouldn’t be attempted.

Aaron Hartman, MD, assistant clinical professor of family medicine at Virginia Commonwealth University, told the website Mic about the trend’s dangers: “When you cook cough medicine like NyQuil, however, you boil off the water and alcohol in it, leaving the chicken saturated with a super concentrated amount of drugs in the meat. If you ate one of those cutlets completely cooked, it’d be as if you’re actually consuming a quarter to half a bottle of NyQuil.”

And that’s not good for anyone. What ever happened to an old fashioned herb marinade?

The Ugly: Eye Boogers from Hell

Get a look at this!

This video from @mikaylaadiorr has amassed over 8 million likes and over 89,000 comments, and shows someone, who we can assume is Mikayla, pulling some sort of long string-like material out of the corner of her eye. It’s like a clown’s never-ending handkerchief, only goopy.

These mucus eye strings are caused by untreated eye conditions, like dry eye or pink eye (conjunctivitis), but pulling the mucus out is actually a symptom of what is called mucus fishing syndrome. As you know, our eyes are covered in layers of mucus and tears, which keeps our eyeballs lubricated and also protects us from bacteria and viruses. It’s possible to dry out the eyes by pulling some mucus off, but our eyes aren’t big fans of that, so they’ll create more mucus to keep from drying out.

A person who might get a bit addicted to pulling the strings out has likely developed mucus fishing syndrome, which is considered a body-focused repetitive behavior (BFRB); other BFRBs include skin-picking (dermatillomania) or picking hairs out (trichotillomania).

Popular TikToker and Oregon ophthalmologist Will Flanary, MD, aka Dr. Glaucomflecken, responded to the videos, which have been encouraging others to try it.

“This is called mucus fishing syndrome,” the ophthalmologist explained via text captions in his video. “The trauma from pulling mucus out of your eye causes more mucus to form. You get caught in a never-ending cycle that gets worse over time. So…stop it.”

Fingers off the mucus, people.