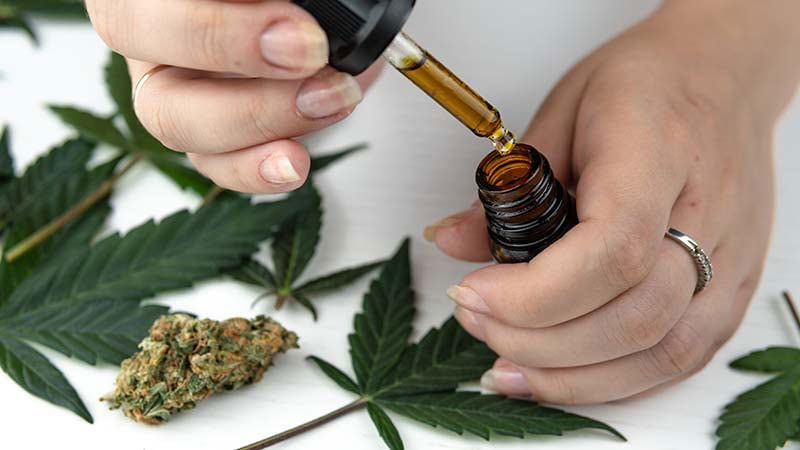 Many women with symptoms of menopause are turning to cannabis for help, researchers have found, despite a lack of evidence that the drug works for these issues.

In a survey of perimenopausal and menopausal women who said they’ve used cannabis, nearly 80% said they use medical marijuana to alleviate symptoms like sleep disturbances, hot flashes, and mood swings.

“Increasingly, we see greater numbers of individuals exploiting the use of cannabis and cannabinoids for lots of conditions. We realized there was no long-term data on how women were treating themselves for conditions like menopause,” said Staci Gruber, PhD, director of the Marijuana Investigations for Neuroscientific Discovery (MIND) program at Harvard University,  who led the study.

Gruber and her colleagues surveyed 131 perimenopausal and 127 postmenopausal women about their use of cannabis, identifying them through targeted advertising and social media platforms such as Twitter, Facebook, and Reddit.

The survey, published August 2 in Menopause, found 83.5% reported habitual cannabis use and 86% said they were current users. Around half of the women reported mixed medical/recreational use; 30.8% reported recreational use only and 17.7% said they only used medical forms of the drug.

The researchers also found that women in perimenopause reported markedly worse symptoms than those in menopause, and these women tended to use a wider variety of cannabis products.

Gruber said clinicians should be asking their menopausal patients if they use cannabis to alleviate their symptoms.

Stephanie Faubion, MD, MBA, a women’s health expert at Mayo Clinic in Rochester, Minnesota and Jacksonville, Florida, said the looming question is whether cannabis in fact works in these patients.

“What we need is to figure out whether it works for women, and that hasn’t been studied yet,” she said.

Faubion, who also is the medical director for the North American Menopause Society, said the society is now conducting a review of worldwide data on nonhormonal treatments for symptoms of menopause. The report, which will examine the most current research on the effects of cannabis, hypnosis, diet, exercise, acupuncture, yoga, and meditation, will be released in 2023, she said.

Gruber said she hopes her group’s research will open the doors to more detailed explorations of how strains of cannabis and their levels of cannabidiol, a chemical compound in cannabis plants, and tetrahydrocannabinol, the main psychoactive component in cannabis, affect the symptoms women experience from menopause. Clinical trials for products aimed at specific symptoms also will be important, she added.

“We have a paucity of data from primary care clinicians,” Gruber said. “We, as researchers and clinicians, should be providing women with the research to make informed choices.”

The study was supported by private donations to the Marijuana Investigations for Neuroscientific Discovery (MIND) Program at McLean Hospital. No funding sources were involved in the design and conduct of the study; collection, management, analysis, and interpretation of the data; preparation, review, or approval of the manuscript; and decision to submit the manuscript for publication.