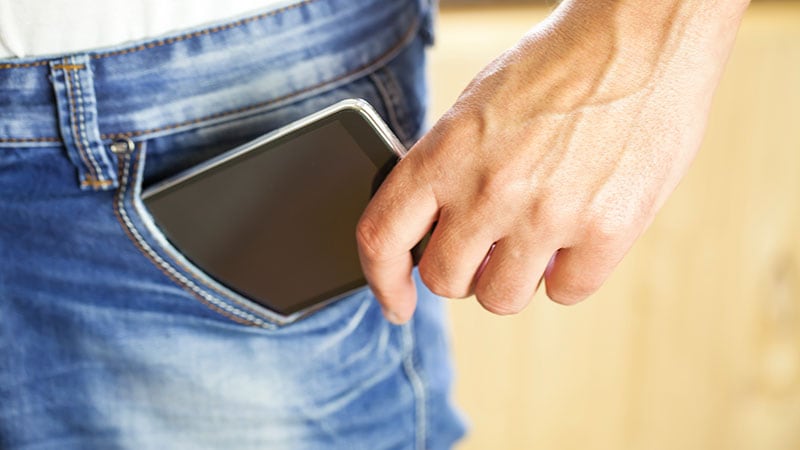 The findings, presented at the American Society for Reproductive Medicine’s 2022 meeting, don’t confirm that cell phones are harmful, lead author Kevin Y. Chu, MD, a Los Angeles urologist, said in an interview. “We cannot draw conclusions from this study, as the study population was too small. What we did observe was that Wi-Fi, which was previously less studied, may have had an impact on sperm. We did not see an effect on sperm quality by the 4G or 5G wireless spectrum.”

The new study is a pilot “to see if it is feasible to do a large-scale project” to analyze any possible effects from radiofrequency-electromagnetic radiation (RF-EMR) transmitted by cell phones, he said.

According to the study, cell phones emit radiation when they “transmit data for social media, web browsing, and music/podcast streaming,” and the rise of Bluetooth earbuds “presumably prolonged the amount of time the cell phone resides in the trouser pockets of men. This places the cell phone and its respective RF-EMR near the testicles for prolonged [periods].”

Researchers obtained semen samples from 27 men aged 25-35 who were fertile with normal sperm. Then they placed the samples on top of a current-generation iPhone that was set to talk mode via WhatsApp and transmitted/received signals via Wi-Fi, 4G, or 5G.

The researchers found no difference in sperm quality between control samples and those exposed to 4G or 5G (n = 9), but Wi-Fi (n = 18) seemed to have an effect. “We also tested conditions with the phone in a cover, as well as separating it by about 6 inches [from the sperm samples]. We found that both did dampen the effect of what we were seeing in comparison to direct exposure,” Chu said. “It appears that heat that is emanated from the device contributes to this effect.”

Chu cautioned that the study examined only ejaculated sperm, and “does not replicate real life where there is scrotal wall protection [and] pants material.”

For now, he said, there’s not enough evidence to allow clinicians to provide guidance to patients about possible links between cell phone exposure and male fertility. None of the study authors have changed their own use of cell phones as a result of the findings, he added.

Moving forward, he said, “continued research on exposure effects is needed and the current association should be considered cautiously as hypothesis generating.”

In an interview, University of Utah urologist James Hotaling, MD, who’s familiar with the study findings but didn’t take part in the research, said the authors “have done a good job looking at this issue,” but with acknowledged limitations.

The study size is very small, he said, “making generalizability difficult.” And “while the results, particularly on the Wi-Fi part, are interesting, they must be validated.”

In the big picture, he said, “the decline in sperm counts over the last 40 years is multifactorial so it cannot all be attributed to this. Finally, to really make the claim that Wi-Fi impacted fertility, you would need to have a much larger study and, ideally, look at pregnancy rates in couples trying to conceive.”

Overall, he said, the scientific community is “still skeptical” about a link between cell phone use and a decline in male fertility.

The study authors and Hotaling have no relevant disclosures.