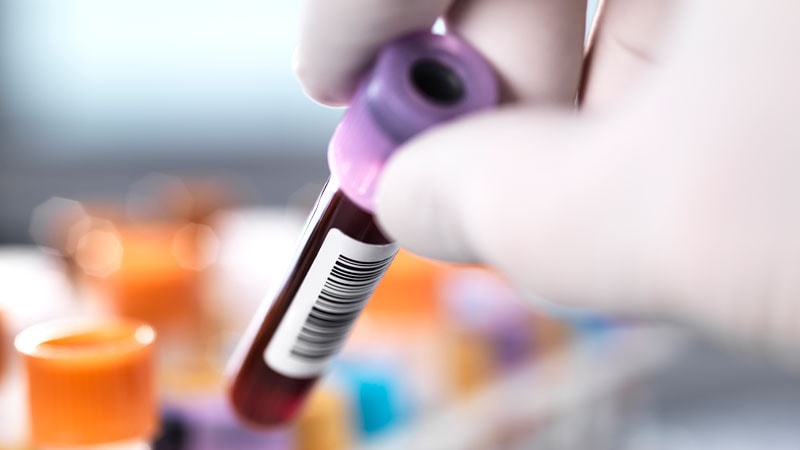 Newly identified serum biomarkers have the potential to flag patients, via blood testing, with major depressive disorder (MDD) at high risk of suicide.

“These blood biomarkers are an important step toward developing blood tests to identify patients with imminent risk of ending their lives,” study investigator Adolfo Sequeira, PhD, associate researcher in the Department of Psychiatry & Human Behavior, University of California Irvine School of Medicine, said in a news release.

“To our knowledge, this is the first study to analyze blood and brain samples in a well-defined population of MDDs demonstrating significant differences in gene expression associated with completed suicide,” Sequeira added.

The findings were published online April 14 in Translational Psychiatry.

Suicide rates in the US have jumped by more than 35% over the past two decades, with more than 48,000 deaths by suicide occurring just last year. MDD is the most common diagnosis among completed suicides, and identifying individuals at the highest risk for suicide remains a “pressing challenge,” the researchers note.

They looked for changes in gene expression associated with suicide in archived postmortem blood and brain samples from adults with MDD who died by suicide (MDD-S) or by other means (MDD-NS), as well as a group of controls with no psychiatric illness.

In total, there were blood and brain samples for 45 adults, including 53 blood samples and 69 dorsolateral prefrontal cortex (DLPFC) tissue samples.

Additionally, four genes showed significant changes in brain and blood between the MDD-S and MDD-NS groups. SOX9 was decreased and PER3 was increased in MDD-S in both blood and brain samples, while CD19 and TERF1 were increased in blood but decreased in DLPFC.

SOX9, an astrocytic marker in the brain and B-cell marker in blood, has been shown to be decreased in MDD-S compared with controls in the prefrontal cortex.

In the current study, researchers found that SOX9 expression was significantly reduced both in blood and brain in MDD-S compared with MDD-NS, “suggesting similar immune/astrocytic dysregulations in suicide that could be further investigated.”

Mutations in PER3 have been shown previously to alter multiple systems, including response to antidepressants; and increased blood expression of PER1 has been linked to suicidality in women, the researchers note.

There were also significantly higher levels of two inflammatory markers (CD19 and CD6 genes) in blood of MDD-S patients compared to MDD-NS patients.

Another “significant” finding was the involvement of several mitochondrial genes in suicide, the researchers note.

Two nuclear genes coding for mitochondria-located proteins MTPAP (a mitochondrial poly(A) polymerase) and the mitochondrial polyamine transporter SLC25A26 were increased in blood in MDD-S compared with MDD-NS and controls, suggesting that “mitochondrial alterations could be used as potential signatures to differentiate MDD-S from MDD-NS patients and also from controls.”

They add that the genes found to be dysregulated in suicide represent potential targets for future drug therapies to prevent suicide and could also be used to develop a molecular test to identify individuals at high risk for suicide.

The study was funded by the National Institute of Mental Health, the American Society for Suicide Prevention, and the Pritzker Family Philanthropic Fund. The investigators have reported no relevant financial relationships.