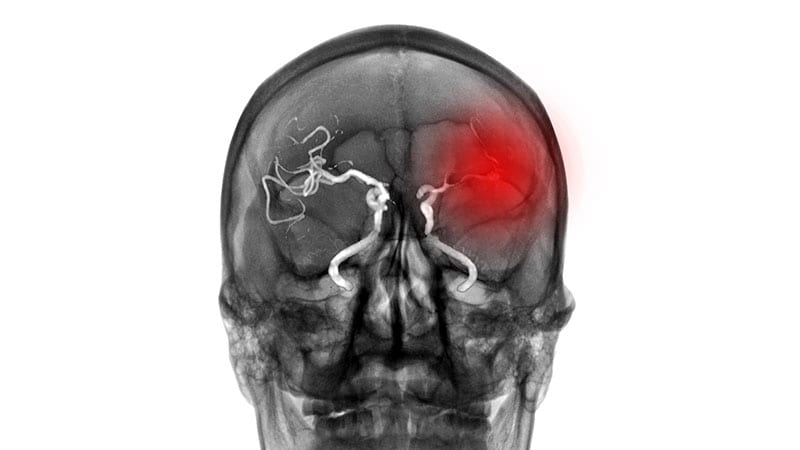 The ATTUNE study was presented at the 14th World Stroke Congress (WSC) 2022 in Singapore on October 29 by Angelos Sharobeam, MD, University of Melbourne, Australia.

“Our results in patients with mild to moderate strokes with AF suggest that both safety and efficacy favor early commencement of anticoagulation after stroke or transient ischemic attack, and there is no justification to delaying anticoagulation to potentially reduce hemorrhage risk,” Sharobeam concluded.

“Early anticoagulation also has the practical advantage of initiation during the inpatient stay after stroke, which may lead to greater anticoagulation uptake, as well as potentially earlier hospital discharge,” he added.

“This study helps determine when to start anticoagulation in patients who are known to have AF after a stroke. These patients either have AF that was preexisting or was diagnosed on admission,” Sharobeam told theheart.org | Medscape Cardiology.

“When to start anticoagulation in these patients after an acute ischemic stroke is an area of controversy.”

He explained that there is concern that starting anticoagulation too early may be associated with an increase in bleeding risk, but waiting too long leaves more time during which a patient may experience another stroke. So, there is a balance between the risk and benefits.

Guidelines on this issue vary widely. US guidelines recommend starting anticoagulation for these patients between 4 and 14 days after the stroke, while the European guidelines suggest starting within 10 to 12 days after. Current practice is very much dependent on the individual treating physician’s preference, Sharobeam added.

The observational ATTUNE study recruited patients between 2016 and 2019 in 11 stroke centers in Australia. All patients underwent brain MRI at baseline and at 1 month.

Three patients had new symptoms ― one had a new stroke; one had a transient ischemic attack (TIA); and one had a bleed. All the other patients were symptom free.

Imaging results showed that there was a reduced risk of another infarct on MRI at 1 month in the early anticoagulation group.

There was no interaction between anticoagulation timing and baseline infarct volume in predicting new infarcts.

However, there was a difference in anticoagulant timing and baseline infarct size with respect to new hemorrhages.

Among patients with a baseline infarct volume of more than 5 mL, there was no significant difference in the rate of new hemorrhages between early and late anticoagulation groups (41% vs 36%; P = .58).

However, among patients with a baseline infarct volume less than 5 mL, the rate of new hemorrhages was lower in the early compared to the late anticoagulation group (6% vs 10%; P = .02)

“The conventional thinking is that the earlier anticoagulation is started, the more the bleeding risk is increased, but we didn’t see that. If anything, the number of hemorrhages were a bit lower in the early group,” Sharobeam commented.

“This study is not enough by itself to change clinical practice, but the results are very interesting. Even in patients with higher stroke infarct volumes in whom there is concern about bleeding, these data give some comfort and confidence on starting anticoagulation earlier without an increased hemorrhagic risk. These patients are at a higher risk of having another stroke, so early anticoagulation could be particularly beneficial or them,” he added.

He also pointed out that starting anticoagulation in hospital has practical benefits.

“This allows patients to be monitored for the first few days, and it completes the cycle of acute stroke care in the hospital, so we can be certain that anticoagulation has been started. Sometimes, when the onus is on the family doctor to start anticoagulation, this can cause a delay, and some patients slip through the net and don’t get put on anticoagulation at all.”

Sharobeam noted that this study focused on radiologic findings rather than symptomatic events.

Randomized clinical trials are ongoing on the question of early vs later anticoagulation, with clinical events as the main outcome. But Sharobeam says radiologic findings should also be considered.

However, he cautioned that in the study, few patients had large infarcts, so there is still some uncertainty regarding that group.

“This registry suggests that early start of anticoagulation after stroke results in lower recurrent stroke risk without elevation of intracerebral bleedings,” Kiechl said. “A limitation of this study was that most patients included had minor strokes. A definitive conclusion can only be settled by randomized controlled trials, which are due to be completed in 2023 and 2024.”

The ATTUNE study was funded by Bayer, but the company had no role in the design or analysis. Sharobeam has disclosed no relevant financial relationships.