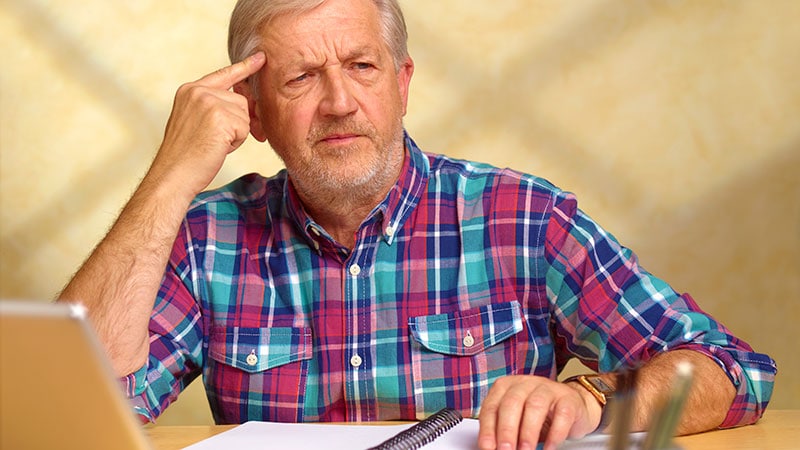 Rural patients with early onset dementia are more likely than urban patients to rely solely on primary care physicians or nurse practitioners for the initial diagnosis and treatment of the disease, a new study has found.

Patients in rural areas are also less likely to see psychologists and undergo neuropsychological testing, according to the study, published earlier this month in JAMA Network Open.

Patients who forgo such specialist visits and testing may be missing information about their condition that could help them prepare for changes in job responsibilities and future care decisions, said Wendy Yi Xu, PhD, of The Ohio State University, Columbus, who led the research.

“A lot of them are still in the workforce,” Xu said. Patients in the study were an average age of 56 years, well before the conventional age of retirement.

To examine rural versus urban differences in the use of diagnostic tests and healthcare visits for early onset Alzheimer’s disease and related dementias, Xu and colleagues analyzed commercial claims data from 2012-2018. They identified more than 71,000 patients aged 40 to 64 years with those conditions, and focused on healthcare use by 7311 patients in urban areas and 1119 in rural areas within 90 days of a new dementia diagnosis.

But more urban patients than rural patients visited a psychologist, at 19% versus 15%, according to the researchers.

Approximately 18% of patients in rural areas saw a primary care provider without visiting other specialists, compared with 13% in urban areas.

Similarly, rural patients had significantly higher odds of having only primary care providers involved in the diagnosis of dementia and symptom management (OR, 1.40; 95% CI, 1.19 – 1.66).

With the Alzheimer’s and Dementia Care ECHO Program for Clinicians, primary care clinicians can participate in interactive case-based video conferencing sessions to better understand dementia and how to provide high-quality care in community settings, according to the association.

The program covers guidelines for diagnosis, disclosure, and follow-up; the initiation of care planning; managing disease-related challenges; and resources for patients and caregivers.

Since 2018, nearly 100 primary care practices in the United States have completed training in dementia care using Project ECHO, said Morgan Daven, vice president of health systems for the Alzheimer’s Association. Many cases featured in the program are challenging, he added.

“With primary care being on the front lines, it is really important that primary care physicians are equipped to do what they can to detect or diagnose, and know when to refer,” Daven said.

The association has compiled other resources for clinicians as well.

Meanwhile, about half say medical professionals are not prepared to meet rising demands associated with Alzheimer’s disease and dementia care.

Daven said the geographic disparities Xu and colleagues found are unsurprising. More than half of primary care physicians who care for people with Alzheimer’s disease say dementia specialists in their communities cannot meet demand. The problem is more urgent in rural areas. Roughly half of nonmetropolitan counties in the United States lack a practicing psychologist, according to a 2018 study published in the American Journal of Preventive Medicine.

“We really need to approach this on both sides: build the capacity in primary care, but we also need to address the dementia care specialty shortages,” Daven said.

One of the study coauthors disclosed ties to Aveanna Healthcare, a company that delivers home health and hospice care.