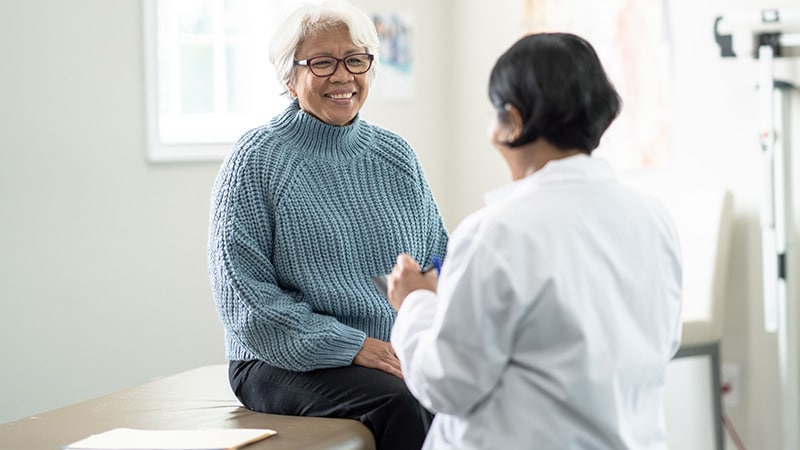 Further analyses also revealed a significant interaction by sex, with the mortality benefit largely in women.

“It’s absolutely fascinating,” senior author Sammy Elmariah, MD, MPH, Massachusetts General Hospital, Boston, said of the finding. “We know that women are more likely to have concentric hypertrophy, that they have lesser degrees of fibrosis, and smaller ventricles, and, of course, they’re in general less affected by coronary artery disease and Mis [myocardial infarctions]. All of those things in my mind, at least that’s what I assumed ahead of time, would make it more likely for women’s hearts to recover.”

“But that’s actually not what we found,” he continued. “We didn’t see a difference between the sexes in terms of likelihood of recovery. But what we saw is that the survival benefit, that associates with improvement in EF, was almost completely driven by women. So women really seem to be reaping that benefit in a manner that is unique and very different from what we saw in men.”

Elmariah noted that the reason for this benefit is unclear but points to the differences in biology for LV remodeling. “Clearly there are several details there that warrant further attention and more research.”

Suzanne J. Baron, MD, director of interventional cardiology research at Lahey Hospital and Medical Center in Burlington, Massachusetts, said in an email that the finding of a substantial long-term survival benefit was “a bit surprising.”

Several studies have suggested that women may derive a greater benefit from TAVR vs surgical aortic valve replacement, and meta-analyses have demonstrated short and intermediate-term survival after TAVR is better in women compared with in men, she pointed out. However, the mediating mechanism for this finding has never been clearly elucidated.

Previous research in smaller cohorts with follow-up out to 1 year have shown an association between early LVEF improvement after TAVR and better survival. This includes a 2013 study by the investigators in high-risk patients in PARTNER-1 and a separate 2016 study in patients in the CoreValve extreme and high surgical risk trials.

Now, with longer follow-up amassed, the investigators examined data from 659 high- or intermediate-risk patients with severe stenosis and LVEF less than 50% who underwent transfemoral TAVR in the PARTNER 1, 2, and S3 trials and registries between July 2007 and April 2015.

As reported in JAMA Cardiology, 32.8% of patients had early LVEF improvement, defined as an increase of at least 10% percentage points at 30 days after TAVR (mean change, 16.4%).

This compares with about 50%-60% of patients in the earlier studies, likely owing to the relatively higher baseline LVEF, especially in the intermediate-risk cohort, the authors suggested.

Restricted cubic spline analysis demonstrated an inflection point above a 10% change in LVEF beyond which there was a steep decline in all-cause mortality with increasing degree of LVEF improvement.

There were no significant differences in rehospitalization, New York Heart Association functional class, or Kansas City Cardiomyopathy Questionnaire score at 5 years in patients with and without early LVEF improvement.

“I think what this really gets to is what is the reason behind the LV dysfunction in the first place,” said Elmariah, soon to be joining the University of California, San Francisco. “We know that TAVR cures aortic stenosis, so if the LV dysfunction is primarily related to the valve itself, hopefully those patients are going to recover.”

On the other hand, if the patient has LV dysfunction because of a prior myocardial infarction or cardiomyopathy and then developed aortic stenosis, “you can treat the aortic stenosis but the heart is still diseased from whatever process was affecting it previously and so it’s not likely to recover in those scenarios,” he added.

The results can be used for counseling patients and highlight the need to optimize goal-directed medical therapy in those with valvular heart disease, Elmariah suggested.

“Often, patients with aortic stenosis are on miniscule doses of many of the heart failure agents because people are worried about the hemodynamic consequences and they’re worried that patients won’t tolerate these medications,” he said. “But it’s very important for us to aggressively try to treat the heart failure that is affecting these patients in order to hopefully increase the chances that their left ventricles will recover and, hopefully, that they will have improved survival.”

Baron said that “this study clearly demonstrates that patients with reduced LVEF and severe aortic stenosis can benefit from TAVR and that early improvement in LVEF is an important prognostic marker for this population.”

In Baron and colleagues’ earlier analysis of 11,000 patients who underwent TAVR as part of the transcatheter valve therapy registry, only low aortic valve gradient but not LV dysfunction was associated with higher adjusted 1-year mortality. Asked about the finding, she noted that patients were evaluated based on LV function at baseline and not for a difference in outcomes based on LVEF improvement after TAVR.

“As such, I think that these two studies are actually complimentary,” Baron said. “Together, they suggest that a low LVEF should not preclude a patient from receiving TAVR and if the patient does experience a 10% increase in LVEF after TAVR, then their 5-year prognosis is improved.”

Elmariah reports grants from the American Heart Association, National Institutes of Health, Edwards Lifesciences, Medtronic, and Svelte Medical and has received consulting fees from Medtronic and AstraZeneca. Co-author disclosures are listed in the paper. The PARTNER trials and registries and this analysis were supported by Edwards Lifesciences. Edwards was involved in the design and conduct of the study including collection, management, analysis, and interpretation of the data. Baron reports receiving, in the last 12 months: research grant funding from Abiomed and Boston Scientific; consulting/medical advisory board fees from Boston Scientific, Shockwave and Biotronik; and speaking honoraria from Medtronic and Zoll .