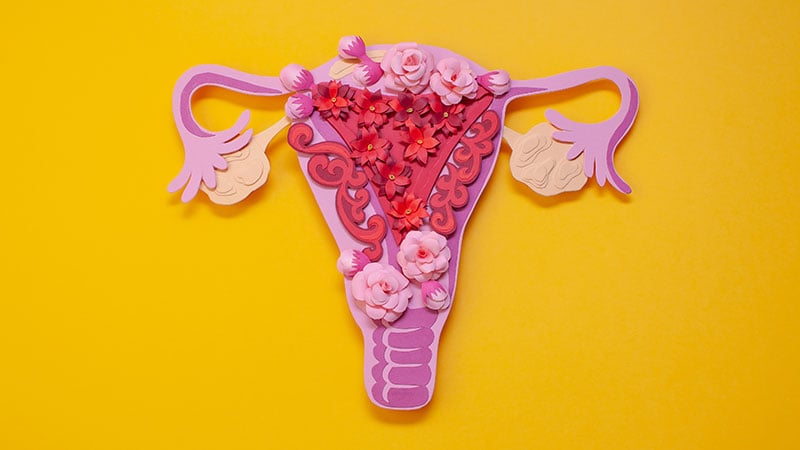 PAU, France — Women with endometriosis have an imbalance in the bacterial populations found in their vaginal microbiome, as well as throughout their entire reproductive system. This is the finding from a literature review focused on a number of case-control studies, the results of which were presented October 6 at the Infogyn 2022 conference. Preventive measures are suggested to promote the development of a balanced microbiome from adolescence.

“Dysbiosis of the vaginal microbiome may be a risk factor for endometriosis. Therefore, between puberty and adulthood, a key period in the development of endometriosis, certain environmental factors that could imbalance the vaginal microbiome, should be avoided,” gynecologic surgeon Chadi Yazbeck, MD, of Pierre Cherest Clinic in Neuilly-sur-Seine, France, told Medscape Medical News.

Among these factors, Yazbeck cited gynecological and sexually transmitted infections, as well as endocrine disorders and environmental toxins, which mainly are found in plastic. To limit the risk of endometriosis, “teenagers should also be encouraged to have a varied and balanced diet” since the vaginal microbiome is affected by the gastrointestinal microbiome, he said.

Endometriosis is an inflammatory and chronic gynecological condition characterized by the growth of fragments of endometrial tissue outside the uterine cavity. Sensitive to estrogens and to the menstrual cycle, endometriosis-related lesions cause pelvic pain and may lead to infertility. It is estimated that this disease, which develops between puberty and menopause, affects nearly 10% of women.

Retrograde menstruation alone cannot explain the development of endometriosis, since it affects the most women. “Endometriosis is likely a multifactorial disease” linked to mechanical problems, the cause of an obstruction of the genital tract, genetic predisposition, hormonal factors, or even an inappropriate inflammatory response.

Recent data also suggest the role of bacterial contamination in causing dysbiosis in the vagina, throughout the entire reproductive system, as well as in the peritoneal fluid. A healthy microbiome (eubiosis) in the genital tract is made up of more than 90% lactobacilli. Below this threshold, there is an imbalance (dysbiosis) that could be linked to the introduction of pathogenic bacteria.

Several recent case-control studies have demonstrated the presence of dysbiosis in women with endometriosis. In one of these cases, a case of stage 3 and 4 endometriosis was associated with dysbiosis characterized by increased Gardnerella-, Escherichia-, and Shigella-type bacteria in the microbiome of the mucous membrane of the cervix, while there was a complete absence of Atopobium vaginae bacteria in the vagina and neck of the uterus.

In approximately 30 women with deep endometriosis, another study revealed an increased presence of Enterococcus– and Pseudomonas-type bacteria in the vaginal and endometrial microbiome, as well as in endometriosis lesions, compared with the microbiomes of women without endometriosis.

To assess endometriosis-related dysbiosis of the female genital tract on a global level, Brazilian researchers from the São Paulo University Clinic Hospital conducted a literature review focusing on 12 case-control studies, including the previous two mentioned here.

Their analysis showed that Pseudomonas-type bacteria were overrepresented in peritoneal fluid among women with endometriosis across multiple studies. They were also observed to be increased in vaginal, endometrial, and intralesional samples. The Gardnerella, Enterococcus, Streptococcus, and Staphylococcus types were also found in abundance.

Nevertheless, this analysis does have its limitations, Yazbeck stressed. In addition to being based only on case-control studies, the control groups included asymptomatic women, which in no way ensures that they are in good health and that their microbiome is healthy. “These women may have endometriosis without knowing,” said Yazbeck.

Several hypotheses have been advanced to explain the effect of dysbiosis on the development of endometriosis. “It’s likely that the microbiome, especially in a state of dysbiosis, may contribute to immune activation, which strengthens and prolongs peritoneal inflammation and eventually promotes the development of endometriosis,” said Yazbeck. The consequence is then that “the evacuation of these cells from the endometrium is not being done correctly.”

Future studies must instead confirm that this dysbiosis is indeed a cause of endometriosis and not the opposite, said Yazbeck. More details on the composition of the dysbiosis associated with endometriosis and the identification of disease-specific bacterial species are also pending.

“We could then start testing diagnostic strategies, as well as treatments using antibiotics or probiotics,” Yazbeck concluded.