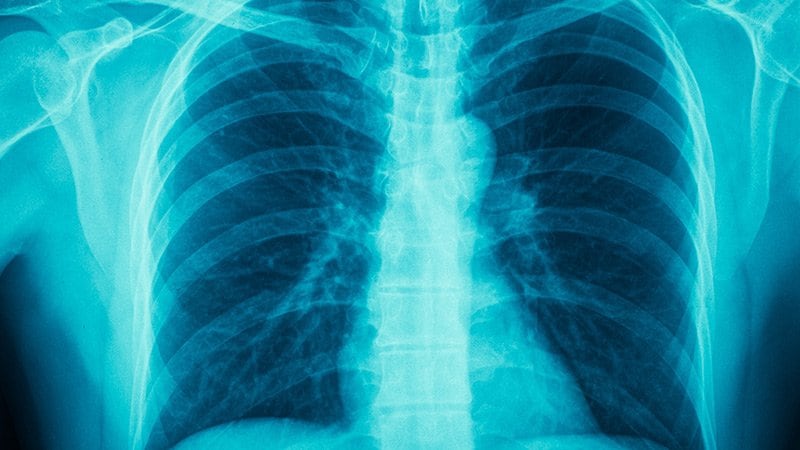 Higher fat-free mass was tied to exercise outcomes in patients with chronic obstructive pulmonary disease who were underweight, but not in those who were obese or nearly obese, based on data from more than 2000 individuals.

However, the impact of changes in FFMI on outcomes including exercise capacity, health-related quality of life (HRQL), and systemic inflammation in patients with COPD stratified by BMI has not been well studied, they said.

In a study published this month in the journal Chest, the researchers reviewed data from the COPD and Systemic Consequences – Comorbidities Network (COSYCONET) cohort. The study population included 2137 adults with COPD (mean age 65 years,; 61% men. Patients were divided into four groups based on weight: underweight (UW), normal weight (NW), pre-obese (PO), and obese (OB). These groups accounted for 12.3%, 31.3%, 39.6%, and 16.8%, respectively, of the study population.

Overall, the frequency of low FFMI decreased from lower to higher BMI groups, occurring in 81% of UW patients, 53% of NW patients, 42% of PO patients, and 39% of OB patients.

Notably, after adjusting for multiple variables, FFM was independently associated with improved scores on the 6-minute walk test for UW patients; NW and PO patients had no such association after controlling for lung function (forced expiratory volume in 1 second – FEV1), the researchers wrote.

Body composition was associated differently with exercise capacity, HRQL, and systemic inflammation according to BMI group, the researchers write in their discussion. “We found that stratification using BMI allowed discrimination of groups of patients with COPD who showed slight but significant differences in lung function, exercise capacity, HRQL and systemic inflammation,” they say.

The findings were limited by several factors, including the use of BIA for body composition, which may be subject to hydration and fed conditions, the researchers noted. Other limitations included the use of reference values from a general population sample younger than much of the study population, and the cross-sectional design that does not prove causality, the researchers noted.

However, the results support those of previous studies and suggest that normal weight and high FFMI is the most favorable combination to promote positive outcomes in COPD, they conclude. “Clinicians and researchers should consider screening patients with COPD for body composition abnormalities through a combination of BMI and FFMI classifications rather than each of the two indexes alone,” they say.

The COSYCONET study is supported by the German Federal Ministry of Education and Research (BMBF) Competence Network Asthma and COPD (ASCONET) in collaboration with the German Center for Lung Research (DZL). The study also was funded by AstraZeneca, Bayer Schering Pharma AG, Boehringer Ingelheim Pharma, Chiesi, GlaxoSmithKline, and multiple other pharmaceutical companies.