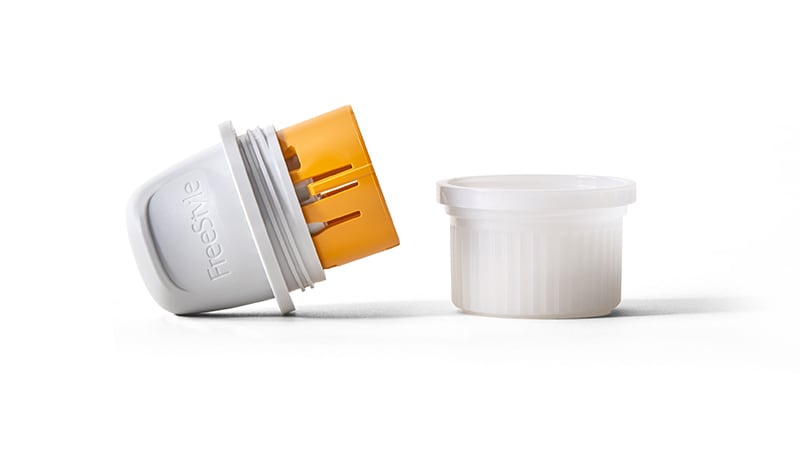 The US Food and Drug Administration has cleared Abbot’s Freestyle Libre 3 system for use by people with diabetes aged 4 years and older.

The new system was cleared for use for both iOS and Android compatible mobile apps, enabling real-time glucose readings in contrast to the “intermittently scanned” capability of prior Libre versions. The Libre 3 allows for optional alarms and notifications of urgent low or high glucose levels, as well as remote monitoring by healthcare professionals or the patient’s family members and/or friends.

The FreeStyle Libre 3 was granted a CE Mark in Europe in October 2020, as reported by Medscape Medical News.

According to Abbott, the Libre 3 is the first continuous glucose monitoring (CGM) system to show a mean absolute relative difference (MARD) of less than 8% compared with a gold-standard glucose measure. The average Libre 3 MARD is 7.9%, compared with 9.3% for the Libre 2. The Libre 3 is also the “smallest and thinnest” CGM, roughly the size of two stacked US pennies, worn on the upper arm.

And, the company said, the Libre 3 has a Bluetooth integration of up to 33 feet, a range 50% further than other CGMs.

This version follows the FreeStyle Libre 2, approved in June 2020, and its compatible iPhone app, approved in August 2021, as both previously reported by Medscape Medical News.

The Libre 3 will be priced the same as the Libre 2, at about one third the cost of other CGM systems. However, it is not currently eligible for Medicare reimbursement. Medicaid eligibility may vary by state.

“I applaud Abbott for making their CGM system the most affordable and addressing disparities in care so patients living with diabetes can avoid complications and optimize their quality of life,” Eugene E. Wright, Jr, MD, of Duke University, Durham, North Carolina, said in an Abbott statement.

The FreeStyle Libre 3 sensor will be available at participating pharmacies later this year.