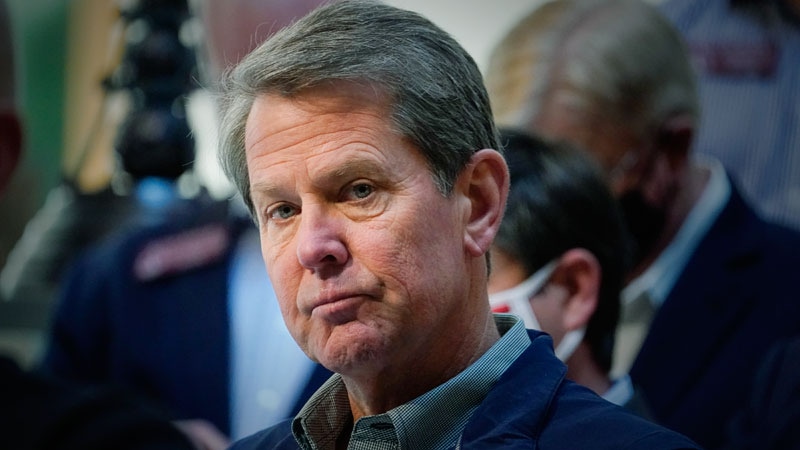 ATLANTA (AP) — Georgia sued the Biden administration Friday over its decision to revoke approval of a work requirement in the state’s plan to expand Medicaid coverage to more low-income Georgians.

The lawsuit filed in federal court in Brunswick, Georgia, says the decision last month by the U.S. Centers for Medicare and Medicaid Services was an illegal and arbitrary “bait and switch of unprecedented magnitude.” It seeks a court order reinstating the original plan with the work requirement.

“Simply put, the Biden administration is obstructing our ability to implement innovative healthcare solutions for more than 50,000 hardworking Georgia families rather than rely on a one-size-fits-none broken system,” Georgia Gov Brian Kemp, a Republican, said in a news release announcing the lawsuit.

He accused the Democratic president’s administration of playing politics.

The work requirement was approved by then-President Donald Trump’s administration, but CMS announced last month that it was revoking approval of both that plan and a related Georgia proposal to charge some Medicaid recipients monthly premiums for their health coverage.

“This case is about whether the federal government must keep its promises,” the lawsuit says.

CMS Administrator Chiquita Brooks-LaSure said in a letter to the state that the work requirement could be impossible for people to meet during the pandemic, when it was critical that low-income Georgians have access to health coverage. The Kemp administration said at the time it planned to challenge the decision in court.

Republicans had presented Georgia’s plan as a financially responsible alternative to a full expansion of Medicaid services under the Affordable Care Act, which 38 states have already done. The plan sought to add an estimated 50,000 poor and uninsured Georgia residents to the Medicaid rolls in its first two years. But to be eligible, new Medicaid recipients would have to engage in a minimum number of qualifying hours through work, job training, education, volunteering, or other similar activities.

Democrats in Georgia say full expansion would cover hundreds of thousands of people at a much lower cost to the state. That’s because the ACA, President Barack Obama’s signature health care law, gave states the option of expanding Medicaid to low-income adults who make up to 138% of the federal poverty level, with the federal government picking up 90% of the cost. More than 10 million people in the U.S. have gained coverage that way.

Kemp has said full expansion would cost the state too much money in the long run.