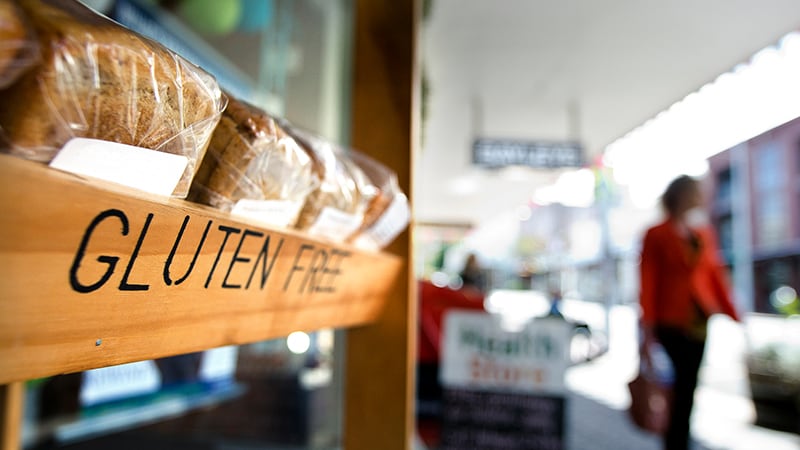 Overall cancer risk is slightly increased in patients older than 40 years within their first year of a celiac disease diagnosis, but the risk drops within a year of diagnosis, shows a Swedish study of 47,000 people with celiac disease.

“Celiac disease is associated with an increased risk of types of cancer, and we believe that this is due to the longstanding inflammation that is induced by gluten,” said first author Benjamin Lebwohl, MD, director of clinical research at the Columbia University Celiac Disease Center in New York.

Writing in Clinical Gastroenterology and Hepatology, the authors explained that most studies investigating cancer risk in patients with celiac disease were done before both the widespread use of serologic testing for celiac disease and access to gluten-free food was widely available. Earlier studies linked celiac disease to gastrointestinal malignancies, such as small intestinal adenocarcinoma, and lymphomas.

A prior analysis of this Swedish cohort found that the risk of small intestinal adenocarcinoma, while low, continued for up to 10 years after diagnosis with celiac disease. In the study, which was published in Gastroenterology, the authors found the risks of small-bowel adenocarcinoma and adenomas were significantly increased in people with celiac disease, compared with those without this disease.

“We have known from prior studies that people with celiac disease are at increased risk of developing certain cancers, but there has been limited study of this risk in celiac disease in the 21st century, where there is increased recognition (leading to more prompt diagnosis) and increased access to gluten-free food options (which may allow for more effective treatment),” said Lebwohl, who is also the director of quality improvement in the division of digestive and liver diseases at Columbia University. “We aimed to determine whether there is still an increased risk of cancer in this modern era, and we found that there still is an increased risk, but this increase is small and that it diminishes beyond the first year after the diagnosis of celiac disease.”

This nationwide cohort study in Sweden included 47,241 patients with celiac disease (62% female; mean age, 24 years), of which 64% were diagnosed since 2000. Each patient was age and sex matched to up to five controls. After a median follow-up of 11.5 years, a 1.11-fold increased risk of cancer overall was found in patients with celiac disease, compared with controls. The respective incidences of cancer were 6.5 and 5.7 per 1,000 person-years, and most of the excess risk was caused by gastrointestinal and hematologic cancer.

“It appears that the increased risk of cancer in people with celiac disease decreased over time, and this may be related to the beneficial effect of the gluten-free diet in the long term,” Lebwohl said.

The authors suggest that cancer risk, followed by a decline to no risk, may alternatively be due to the increased monitoring and medical examinations among patients with celiac disease. Also, symptoms of cancer, such as weight loss, may lead to broad testing that identifies celiac disease, the authors wrote.

For cancer subtypes, the strongest association between celiac disease and cancer was found for hematologic, lymphoproliferative and gastrointestinal cancers. Among gastrointestinal cancer subtypes, elevated risks were found for hepatobiliary and pancreatic cancer, but not for gastric or colorectal cancer. The cancer risk in celiac disease decreased in breast and lung cancer, which the authors suggested may be attributed to lower body mass index and smoking rates, respectively, observed in individuals with celiac disease.

Although there was no overall cancer risk for more than 1 year after celiac disease diagnosis, the risks of hematologic and lymphoproliferative cancers persisted. While the increased risk of gastrointestinal cancers collectively was no longer significant beyond 1 year after celiac disease diagnosis, the risk persisted for hepatobiliary and pancreatic cancer.

“But pancreatic cancer is far less common than colon cancer. We found that pancreatic cancer occurs in 1 in 5,000 people with celiac disease per year, whereas colorectal cancer occurred in 1 in 1,400 people per year. Taken all together, the risk of any gastrointestinal cancer was around 1 in 700 per year among people with celiac disease,” Lebwohl said.

Since this is an observational study, causality cannot be proven, and the authors suggested that the findings may not be applicable to settings outside of the relatively homogeneous ethnic population of Sweden.

Carol E. Semrad, MD, professor of medicine and director of clinical research in the Celiac Center at the University of Chicago Medicine, said: “This is an observational study and therefore cannot answer whether celiac disease is the cause of cancer or merely an association.” She added that “it is unknown why the risk for some cancers is higher in celiac disease.

The authors said increased cancer risk being restricted to the first year of diagnosis is consistent with prior celiac disease studies of morbidity and mortality.

A study published in 2019 in United European Gastroenterology looked at mortality risk in 602 patients with celiac disease from Lothian, Scotland, identified between 1979 and 1983 and followed up from 1970 to 2016. All-cause mortality was 43% higher than in the general population, mainly from hematologic malignancies, and this risk was greatest during the first few years of diagnosis.

Lebwohl and colleagues noted that the incidences of cancer types vary by the age and geographical region of the study population, as does the diagnosis of celiac disease, which may explain why increased risk for cancer or cancer related-mortality in patients with celiac disease has not always been reported.

Ludvigsson coordinates a study on behalf of the Swedish IBD quality register. This study has received funding from Janssen. The remaining authors disclosed no conflicts.