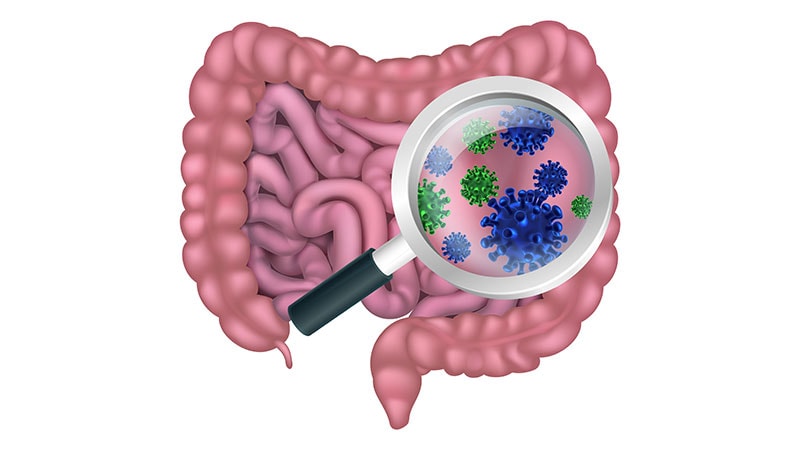 Disturbances in the gut may help explain why some patients with schizophrenia are aggressive whereas others are not, new research suggests. However, at least one expert expressed concerns over the study’s conclusions.

Results from a study of 50 inpatients with schizophrenia showed significantly higher pro-inflammation, pro-oxidation, and leaky gut biomarkers in those with aggression vs their peers who did not display aggression.

“The present study was the first to compare the state of inflammation, oxidation, intestinal microbiota, and metabolites” in inpatients with schizophrenia and aggression compared with those who did not show aggression, write the investigators, led by Hongxin Deng, Department of Psychiatry, Zhumadian Psychiatric Hospital in China.

“Results indicate pro-inflammation, pro-oxidation and leaky gut phenotypes relating to enteric dysbacteriosis and microbial SCFAs feature the aggression in [individuals with schizophrenia], which provides clues for future microbial-based or anti-inflammatory/oxidative therapies on aggression,” they add.

The findings were published online September 27 in BMC Psychiatry.

Although emerging evidence suggests that schizophrenia “may augment the propensity for aggression incidence about fourfold to sevenfold,” the pathogenesis of aggression “remains largely unknown,” the investigators note.

The same researchers previously found an association between the systemic pro-inflammation response and the onset or severity of aggression in schizophrenia, “possibly caused by leaky gut-induced bacterial translocation.”

The researchers suggest that peripheral cytokines “could cross the blood-brain barrier, thus precipitating changes in mood and behavior through hypothalamic–pituitary–adrenal axis.”

However, they note that the pro-inflammation phenotype is “often a synergistic effect of multiple causes.” Of these, chronic pro-oxidative stress has been shown to contribute to aggression onset in intermittent explosive disorder, but this association has rarely been confirmed in patients with schizophrenia.

In addition, increasing evidence points to enteric dysbacteriosis and dysbiosis of intestinal flora metabolites, including SCFAs or neurotransmitters, as potentially “integral parts of psychiatric disorders’ pathophysiology” by changing the state of both oxidative stress and inflammation.

The investigators hypothesized that the systemic pro-inflammation phenotype in aggression-affected schizophrenia cases “involves alterations to gut microbiota and its metabolites, leaky gut, and oxidative stress.” However, the profiles of these variables and their interrelationships have been “poorly investigated” in inpatients with schizophrenia and aggression.

The researchers also used the Modified Overt Aggression Scale (MOAS) to characterize aggressive behaviors and the Positive and Negative Syndrome Scale to characterize psychiatric symptoms.

Significantly higher biomarkers for systemic pro-inflammation, pro-oxidation and leaky gut were found in the aggression vs the no-aggression group (all P < .05).

After controlling for potential confounders, the researchers also found positive associations between MOAS scores and biomarkers, both serum and fecal.

There were also positive associations between serum 8-hydroxy-20-deoxy-guanosine (8-OH-DG) or 8-isoprostane (8-ISO) and systemic inflammatory biomarkers (all R > 0; P < .05).

In addition, the alpha diversity and evenness of the fecal bacterial community were lower in the aggression vs no aggression groups.

When the researchers compared the relative abundance of the top 15 genera composition of intestinal microflora in the two groups, Bacteroides, Faecalibacterium, Blautia, Bifidobacterium, Collinsella, and Eubacterium coprostanoligenes were “remarkably reduced” in the group with aggression, whereas the abundance of fecal genera Prevotella was significantly increased (all corrected P < .001).

The findings “collectively suggest the co-contributory role of systemic pro-inflammation and pro-oxidation in the development of aggression” in schizophrenia, they add. “Gut dysbacteriosis with leaky gut seems to play a vital role in the pathophysiology.”

Commenting for Medscape Medical News, Emeran Mayer, MD, distinguished research professor of medicine at the G. Oppenheimer Center for Neurobiology of Stress and Resilience and UCLA Brain Gut Microbiome Center, Los Angeles, California, said, that “at first glance, it is interesting that the behavioral trait of aggression but not the diagnosis of schizophrenia showed the differences in markers of systemic inflammation, increased gut permeability, and microbiome parameters.”

However, like many such descriptive studies, the research is flawed by comparing two patient groups and concluding causality between the biomarkers and the behavior traits, added Mayer, who was not involved with the study.

The study’s shortcomings include its small sample size as well as several confounding factors — particularly diet, sleep, exercise, and stress and anxiety levels — that were not considered, he said. The study also lacked a control group with high levels of aggression but without schizophrenia.

“The observed changes in intestinal permeability, unscientifically referred to as ‘leaky gut,’ as well as the gut microbiome differences, could be secondary to chronically increased sympathetic nervous system activation in the high aggression group,” Mayer said. “This is an interesting hypothesis which should be discussed and should have been addressed in this study.”

The differences in gut microbial composition and SCFA production “could be secondary to differences in plant-based diet components,” Mayer speculated, wondering how well dietary intake was controlled.

“Overall, it is an interesting descriptive study, which unfortunately does not contribute significantly to a better understanding of the role of the brain-gut microbiome system in schizophrenic patients,” he said.

The study was funded by a grant from China Postdoctoral Science Foundation. The investigators have reported no relevant financial relationships. Mayer is a scientific advisory board member of Danone, Axial Therapeutics, Viome, Amare, Mahana Therapeutics, Pendulum, Bloom Biosciences, and APC Microbiome Ireland.

Batya Swift Yasgur, MA, LSW, is a freelance writer with a counseling practice in Teaneck, New Jersey. She is a regular contributor to numerous medical publications, including Medscape and WebMD, and is the author of several consumer-oriented health books as well as Behind the Burqa: Our Lives in Afghanistan and How We Escaped to Freedom (the memoir of two brave Afghan sisters who told her their story).