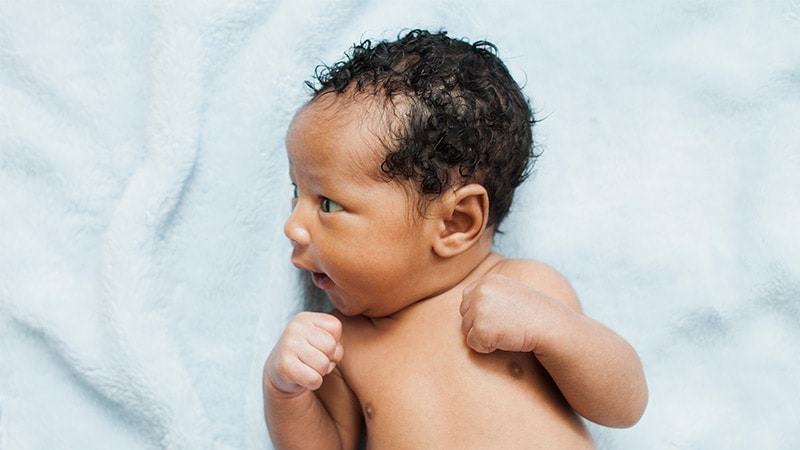 There’s some good overall news in a large analysis that looked at whether a mother’s COVID-19 infection or birth during the pandemic could affect a baby’s brain development.

Researchers studied 21,419 infants who had neurodevelopmental screening during the pandemic (from January 2020 to January 2021) and compared them with babies born before the pandemic (2015-2019).

They found in an analysis of eight studies that, generally, brain development in infants ages 6-12 months old was not changed by COVID-19.

However, one area did see a significant difference when they looked at answers to the Ages and Stages Questionnaire, 3rd edition (ASQ-3): Scores were lower in communication skills.

Compared with the prepandemic babies, the pandemic group of babies was more likely to have communication impairment (odds were 1.7 times higher).

Additionally, mothers’ SARS-CoV-2 infection was not associated with significant differences in any neurodevelopment sector in offspring, with one exception: Odds were 3.5 times higher for fine motor impairment in the pandemic baby group.

The babies in this study were either exposed in the womb to the SARS-CoV-2 infection or screened during the pandemic regardless of whether they were exposed to the virus.

The study, led by Kamran Hessami, MD, with the Maternal Fetal Care Center at Boston Children’s Hospital and Harvard Medical School in Boston, was published in JAMA Network Open.

The study points to some factors of the pandemic that may be tied to impaired communication skills.

“Higher levels of COVID-19–related stress were reported for both mothers and fathers of infants aged 0-6 months and were associated with insensitive parenting practices, including decreased emotional responsiveness in only mothers, which could lessen the reciprocal exchanges that support language development in early childhood,” they write. “Additionally, opportunities to promote language and social development through new experiences outside the home, including visits with extended family and friends or attendance at a child care center, were lessened for many during the pandemic.”

Viviana M. Fajardo Martinez, MD, with neonatal/perinatal medicine at University of California, Los Angeles, Health, told this publication her team is also studying child development before and after the pandemic over a 3-year period, and delayed communication skills is something she is seeing in clinic there.

She says some parents have been concerned, saying their babies aren’t talking enough or are behind in vocabulary.

Babies Can Catch Up After 12 Months

One thing she tells parents is that babies who are a bit delayed at 12 months can catch up.

Up to 18 months, they can catch up, she said, adding that they can be reevaluated then for improvement. If, at that point, the baby is not catching up, “that’s when we refer for early intervention,” she said.

Martinez also tells parents concerned about their infant’s communication skills that it’s important to talk, read, and sing to their child. She said amid pandemic stress, corners may have been cut in asking children to use language skills.

For instance, if a child points to an apple, a stressed parent may just give the child the apple instead of asking the child to request it by name and repeat the word several times.

She also said a limitation of this study is the use of the ASQ-3 questionnaire, which is filled out by parents. Answers are subjective, she notes, and sometimes differ between one child’s two parents. The questionnaire was commonly used during the pandemic because a more objective, professional evaluation has been more difficult.

However, a measure like the Bayley Scales of Infant and Toddler Development Screening Test adds objectivity and will likely give a better picture as research progresses, Martinez said.

Andréane Lavallée, PhD, and Dani Dumitriu, MD, PhD, both with the department of pediatrics at Columbia University, New York, write in an invited commentary that the overall positive message of the study “should not make researchers complacent” and results should be viewed with caution.

They point out that the precise effects of this novel virus are still unclear and the age group and variables studied may not tell the whole story.

“It should be noted that this systematic review did not consider timing of exposure during pregnancy, maternal infection severity, or exposure to various SARS-CoV-2 variants – all factors that could eventually be proven to contribute to subtle adverse neurodevelopmental outcomes,” they write.

Additionally, past pandemics “such as the 1918 Spanish flu, 1964 rubella, and 2009 H1N1” have taught researchers to watch for increases in diagnoses such as autism spectrum disorder (ASD) and schizophrenia in subsequent years.

Authors report no relevant financial relationships. Editorialist Dumitriu reports grants from National Institute of Mental Health, the U.S. Centers for Disease Control and Prevention, and the W. K. Kellogg Foundation; and has received gift funds from Einhorn Collaborative during the conduct of the study to the Nurture Science Program, for which Dumitriu serves as director. Dumitriu received personal fees from Medela outside the submitted work; and is the corresponding author for one of the studies (Shuffrey et al., 2022) included in the systematic review conducted by Hessami et al. Lavallée reports grants from the Canadian Institutes of Health Research. Martinez reports no relevant financial relationships.