HEPA Filters May Clean Sars-CoV-2 From the Air: Study 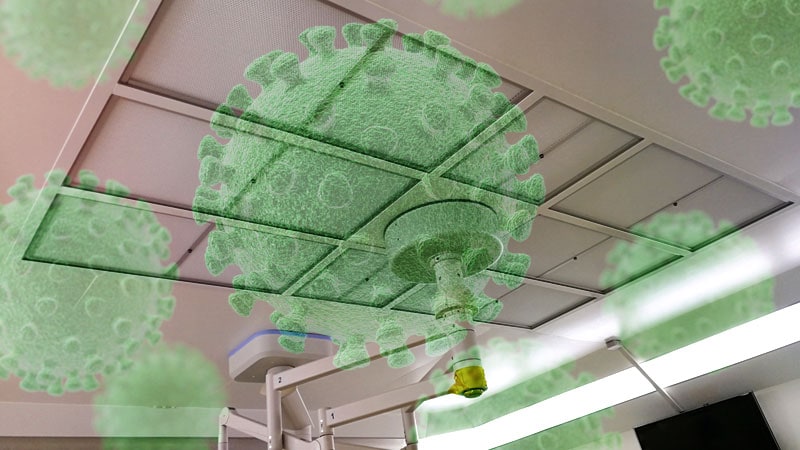 The journal Nature reported this week that the research, which has not been peer-reviewed, suggests the filters may help reduce the risk of hospital-acquired SARS-CoV-2.

Researchers, led by intensivist Andrew Conway-Morris, MBChB, PhD, with the Division of Anaesthesia in the School of Clinical Medicine at University of Cambridge, United Kingdom, write that earlier experiments assessed air filters’ ability to remove inactive particles in carefully controlled environments, but it was unknown how they would work in a real-world setting.

Co-author Vilas Navapurkar, MBChB, an ICU physician at Addenbrooke’s Hospital in Cambridge, UK, said that hospitals have used portable air filters when their isolation facilities are full, but evidence was needed as to whether such filters are effective or whether they provide a false sense of security.

The researchers installed the filters in two fully occupied COVID-19 wards — a general ward and an ICU. They chose HEPA filters because they can catch extremely small particles.

The team collected air samples from the wards during a week when the air filters were on and 2 weeks when they were turned off, then compared results.

Airborne SARS-CoV-2 was not frequently detected in the ICU, even when the filters were off.

According to the Nature article, the authors suggest several potential explanations for this, “including slower viral replication at later stages of the disease.” Therefore, the authors say, filtering the virus from the air might be more important in general wards than in ICUs.

David Fisman, MD, an epidemiologist at the University of Toronto, Canada, who was not involved in the research, said in the Nature article, “This study suggests that HEPA air cleaners, which remain little-used in Canadian hospitals, are a cheap and easy way to reduce risk from airborne pathogens.”

This work was supported by a Wellcome senior research fellowship to co-author Stephen Baker. Conway Morris is supported by a Clinician Scientist Fellowship from the Medical Research Council. Navapurkar is the founder, director, and shareholder of Cambridge Infection Diagnostics Ltd. Conway-Morris and several co-authors are members of the Scientific Advisory Board of Cambridge Infection Diagnostics Ltd. Co-author Theodore Gouliouris has received a research grant from Shionogi and co-author R. Andres Floto has received research grants and/or consultancy payments from GSK, AstraZeneca, Chiesi, Shionogi, Insmed, and Thirty Technology.