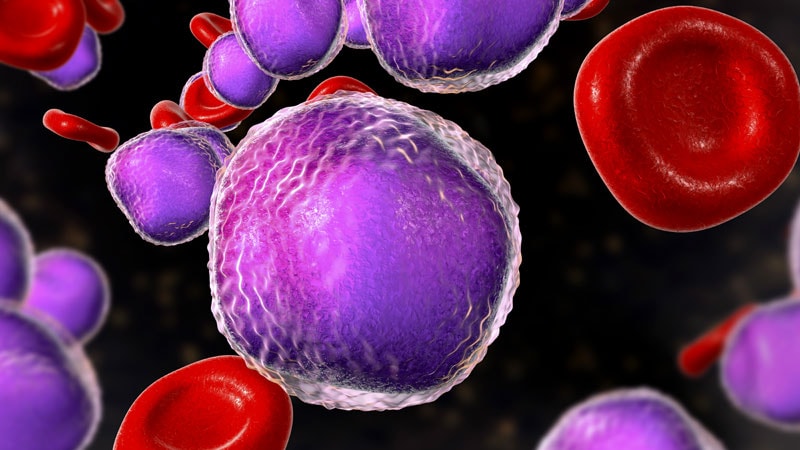 NEW ORLEANS — A study with the worthwhile goal of attempting to further improve outcomes and reduce toxicity of treatment for children and young adults with acute lymphoblastic leukemia (ALL) or lymphoblastic lymphoma found that, contrary to long-held assumptions, high-dose methotrexate does not reduce the risk for central nervous system (CNS) relapse.

The same study also addressed two other questions about standard care for these patients, about the dose of dexamethasone used during the first phase of treatment (results for which had already been reported some years ago), and also tested omitting monthly pulses of dexamethasone and vincristine after initial treatment.

“The trial did not give us the answers we were looking for, but that’s why we do randomized trials, and at least we have one clear answer, which is that high-dose methotrexate does not seem to have benefit in reducing the risk of CNS relapse,” reported study investigator Ajay Vora, MSc, from Great Ormond Street Hospital in London, UK.

Among 1570 patients randomly assigned in one group of the UKALL2011 trial, 5-year rates of CNS relapse were identical at 5.6% for patients treated with either high-dose methotrexate or standard interim maintenance with oral mercaptopurine and oral and intrathecal methotrexate.

There was a hint, however, that high-dose methotrexate could have a beneficial effect at reducing relapses in bone marrow for some subgroups of patients with B-lineage disease after dexamethasone induction, Vora commented.

He was speaking at a press briefing here at the American Society of Hematology annual meeting, prior to the presentation of the data by Amy A. Kirkwood, MSc, from the University College London Cancer Institute.

Reacting to the results, Cynthia E. Dunbar, MD, chief of the Translational Stem Cell Biology Branch at the National Heart, Lung, and Blood Institute in Bethesda, Maryland, emphasized that “in patients treated with the UKALL regimen, high doses of methotrexate did not reduce the rate of CNS relapse, contrary to our long-standing beliefs.”

“Going forward, patients can be spared the risk of high-dose methotrexate without increasing their risk of recurrence in the central nervous system,” she said.

“As researchers in hematology, we look at it as our duty to question the standard approaches that we use to treat patients, even those that we thought of as tried-and-true,” said briefing moderator Mikkael Sekeres, MD, of the Sylvester Comprehensive Cancer Center at the University of Miami Miller School of Medicine. This is one of the abstracts that “challenge some of those standards and in fact reveal that in many cases, giving less therapy and being less restrictive is actually better for patients, or at least no worse.”

The UKALL2011 trial had a byzantine design, with the overarching goal of answering the question about which treatment and maintenance strategy finds the sweetest spot between efficacy and toxicity in children and young adults (up to age 25) with ALL and lymphoblastic lymphoma.

One question that was already answered, as investigators reported at the 2017 ASH annual meeting, came from the first randomization in the study, which was designed to see whether a shorter course of dexamethasone — 14 days vs the standard 28 days — could reduce induction toxicity; it did not.

Now at ASH 2022, the investigators reported outcomes from the second phase of the trial which included two randomizations: one comparing high-dose methotrexate with standard interim maintenance to reduce CNS relapse risk, and one to see whether forgoing pulses of vincristine/dexamethasone could reduce maintenance morbidity.

Patients were stratified by National Cancer Institute minimal residual disease (MRD) risk categories, cytogenetics, and end-of-induction MRD to receive one of three treatment regimens. Patients with MRD high risk, defined as MRD greater than 0.5% at the end of consolidation, were not eligible for second-phase randomization and instead received off-protocol therapies.

The second randomization was factorial, stratified by NCI and MRD risk groups, resulting in four arms: high-dose methotrexate with or without pulses, and standard interim maintenance with our without pulses.

Standard interim maintenance in this trial was 2 months of oral mercaptopurine/methotrexate monthly pulses and single intrathecal methotrexate in two of the regimens, and five doses of escalating intravenous methotrexate plus vincristine and two doses of pegylated asparaginase in the third.

High-dose methotrexate was given at a dose of 5 g/m­2 for four doses 2 weeks apart, low dose 6-mercaptopurine, plus two doses of pegylated asparaginase in one regimen only.

As noted above, CNS relapse, the primary endpoint for the interim maintenance randomization, did not differ between the groups, with identical 5-year relapse rates. Similarly, 5-year event-free survival (EFS) rates were 90.3% in the high-dose group and 89.5% in the standard group, a difference that was not statistically significant (P = .68).

There was, however, an interaction between the first (short- vs standard-course dexamethasone) and the interim maintenance randomizations, indicating significantly inferior EFS outcomes for patients who had received the short dose of dexamethasone followed by high-dose methotrexate, especially among patients who did not receive pulses (P = .006).

An analysis of patients treated with standard dexamethasone showed that those who received high-dose methotrexate had a lower risk for bone marrow relapse, with a hazard ratio of 0.62 (P = .029), and trends, albeit nonsignificant, toward better EFS and overall survival.

In addition, the overall results suggested that steroid pulses could be safely omitted without leading to an increase in bone marrow relapses: the 5-year rates of bone marrow relapse were 10.2% with pulses and 12.2% without, although omitting pulses was associated with a slight but significant decrease in EFS overall (P = .01). The effect was attenuated among patients who had received standard-course dexamethasone and high-dose methotrexate. Leaving out the pulses also reduced rates of grade 3 or 4 adverse events, including febrile neutropenia, Kirkwood noted in her presentation.

The investigators plan to analyze quality-of-life outcomes related to dexamethasone-vincristine pulses to see whether doing so could tip the balance in favor of leaving them out of therapy, and they will continue to follow patients to see whether their findings hold.

Neil Osterweil, an award-winning medical journalist, is a long-standing and frequent contributor to Medscape.