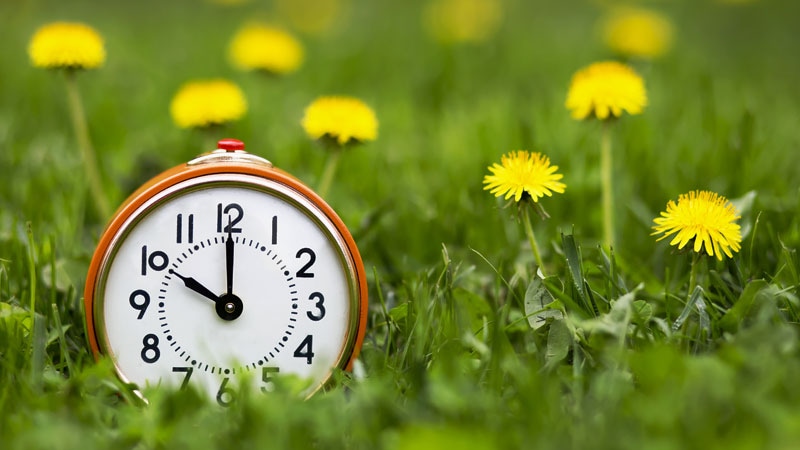 It is that time again. The clocks have been changed, and conversations and the media are rife with the possible and presumed consequences of the biannual ritual. What do the physicians at Coliquio think about it?

The clocks change in Germany every 6 months. In the spring, health insurance provider DAK commissioned a survey with the research company Forsa. According to the survey, around 72% of the 1001 Germans who responded think that daylight saving time should be abolished. Almost 1 in 4 people thought that it generally makes sense. Coliquio asked doctors their opinion.

After being asked what they thought about daylight saving time, more than three quarters of physicians on Coliquio said they would like to see the change of clocks in spring abolished. Around 41% supported a permanent “winter time” or Central European Time (CET), and another 35.3% would enjoy a permanent “summer time” or Central European Summer Time (CEST). Just over 1 in 5 people believe that everything should stay as it is.

Ahhcies, a reader, brought up the topic of energy saving. “Since it started, daylight saving time has never fulfilled its claim of saving energy. This annoying, pointless, costly and effort-intensive measure should be abolished as soon as possible.” The idea that it can save energy was also described as a widely refuted myth in the article, “Fact Checking Daylight Savings Time.”

Reader Docdent23believes that the switch is “energetically” like a “lead balloon” and supports a permanent summer time. In winter, people barely sit outside anyway. In summer, it would result in long evenings by the barbecue. “But in the end, it doesn’t matter, the main thing is that the clocks shouldn’t change at all anymore.”

Rickidelesees it the same way. It’s pretty much always dark at 5:30 AM. The benefit? “In the evening, there’s still a good chance to travel home in daylight.” It makes no difference if it’s light in the morning, since “there is always enough light in the hospital!”

And Erzebirger is also of the opinion that permanent “summer time” should apply, “since there would still be some daylight after I finish work.”

Reader Nordimmrecommends permanent winter time on pragmatic grounds. “As kids, before the introduction of daylight saving time, we occasionally played tennis during the week from 4:00 to 5:00 a.m., it was not so upside down.”

For Birjos, “in scientific and physiological terms, everything speaks in favor of a permanent winter (normal) time!” The argument behind this? “Do we really want our children to still be half asleep in the first two or three hours of school and therefore not sufficiently capable of learning?”

The Munich-based chronobiologist quoted in the fact check, Till Roenneberg, PhD, also sees a particularly large number of teenagers affected. Their typical biorhythm affects their internal body clock and turns them into late risers. This means that for them, starting school at 8:00 AM is the equivalent of adults starting work at 4:00 AM. “Adults just need to take this into account…how attentive and how well they’re able to learn at this time,” said Roenneberg in a podcast at Ludwig-Maximilians-University.

As a self-defined late starter, Gredree suggests a compromise and asks, “Why don’t we meet in the middle?”

Denkreb thinks, “If you have to wake up at 5:30 a.m., then you wait longingly for the switch to winter time. In winter, it is dark in the evenings, anyway. And in spring, if it’s already light at 5:00 a.m., then summer time is right around the corner.”

Guemane is interested in the personal, very positive consequences of daylight saving time and thinks, “Germans will criticize and complain to no end! During my over 40 years of practice, I was always happy for the clocks to change. It meant that after a very long day at work, I still had some time to enjoy the evening on my deck or in the garden.”

The fact that the clocks change beyond national borders is also frequently cited. Denkreb said, “There’s more to Europe than just Germany, where the summer time is more popular. In Switzerland, winter time is considered normal time. Therefore, please just leave it as it is.”

Other users agree with this. Ekkesch said, “CET is a historical achievement, and the summer and winter times are the icing on the cake.” He also made the critical remark that the protests would fall silent if “they stopped all of these endless surveys.”

Reader Musicalboxdoes not understand the fuss about the discussion. “People fly across multiple time zones around the world, party through the night and sleep through the day at weekends, and the clocks changing twice a year is supposed to lead to significant health problems?” His conclusion? “If that’s the case, we should go back to preindustrial times without artificial lighting in the evenings and, as our grandparents always said so beautifully, go to bed with the lamb and rise with the lark.”

Seplnerhe ultimately reflects on the discussion about the abolition and retention of daylight saving time as follows. “If I mull over the comments from my colleagues, then I get the impression that something cannot be right in chronobiology. Central Europe is overly generalized.” He goes on to say that only the permanent and short-term change to phases of activity and rest (eg, shift work) is bad. “The thing about daylight hours that is meant to be gained only concerns a few days after the clocks change (equinox), so it’s not relevant.”

This article has been translated from Coliquio.