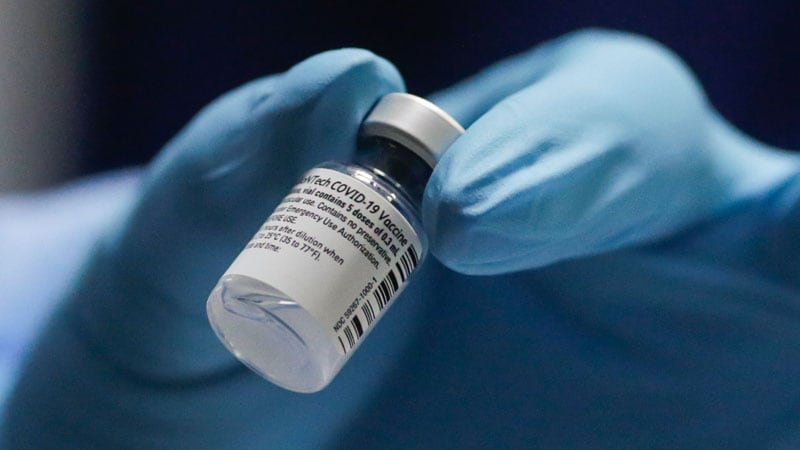 The grinding two-plus years of the pandemic have yielded outsize benefits for one company — Pfizer — making it both highly influential and hugely profitable as covid-19 continues to infect tens of thousands of people and kill hundreds each day.

Its success in developing covid medicines has given the drugmaker unusual weight in determining U.S. health policy. Based on internal research, the company’s executives have frequently announced the next stage in the fight against the pandemic before government officials have had time to study the issue, annoying many experts in the medical field and leaving some patients unsure whom to trust.

Pfizer’s 2021 revenue was $81.3 billion, roughly double its revenue in 2020, when its top sellers were a pneumonia vaccine, the cancer drug Ibrance, and the fibromyalgia treatment Lyrica, which had gone off-patent.

Now its mRNA vaccine holds 70% of the U.S. and European markets. And its antiviral Paxlovid is the pill of choice to treat early symptoms of covid. This year, the company expects to rake in more than $50 billion in global revenue from the two medications alone.

Paxlovid’s value to vaccinated patients isn’t yet clear, and Pfizer’s covid vaccine doesn’t entirely prevent infections, although each booster temporarily restores some protection. Yet, while patients may recoil at the need for repeated injections — two boosters are now recommended for people 50 and older — the requirement is gold for investors.

“Hopefully, we could be giving it annually and maybe for some groups that are high-risk more often,” CEO Albert Bourla told investors this year. “Then you have the treatment [Paxlovid] that will, let’s say, resolve the issues of those that are getting the disease.”

Just last week, the Biden administration agreed to buy another 105 million doses of Pfizer’s covid vaccine for the fall booster campaign, paying $3.2 billion. At $30.47 a dose, it’s a significant premium over the $19.50-a-dose rate the government paid for the first 100 million. The vaccine is being modified to target early omicron variants, but newer variants are gaining dominance.

Because the virus keeps mutating and will be around for a long time, the market for Pfizer’s products won’t go away. In wealthier countries, the public is likely to keep coming back for more, like diners at an all-you-can-eat restaurant, sated but never entirely satisfied.

The reliance on Pfizer products at each stage of the pandemic has steered the U.S. response, including critical public health decisions.

When last year Bourla suggested that a booster shot would soon be needed, U.S. public health officials later followed, giving the impression that Pfizer was calling the tune. Some public health experts and scientists worry these decisions were hasty, noting, for example, that although boosters with the mRNA shots produced by Moderna and Pfizer-BioNTech improve antibody protection initially, it generally doesn’t last.

Since January, Bourla has been saying that U.S. adults will probably all need annual booster shots, and senior FDA officials have indicated since April that they agree.

At a June 28 meeting of FDA advisers considering a potential fall vaccination campaign, Pfizer presented studies involving about 3,500 people showing that tweaks to its covid vaccine allowed it to elicit more antibodies against the omicron variant that began circulating last December. But most of the advisers said the FDA should require the next vaccine to target an even newer omicron variant, known as BA.5.

That would mean more work and expense for Pfizer, which called on the FDA to enable it to make future changes to the covid vaccine without human trials — similar to how annual influenza vaccines are approved. “If such a process were implemented, responses to future waves could be substantially accelerated,” said Kena Swanson, Pfizer’s vice president for viral vaccines.

FDA officials at the meeting did not immediately respond to the suggestion.

As societies abandon other efforts to control covid’s spread, such as mask mandates and physical distancing, Pfizer’s prospects look even brighter, especially now that the company has brought out the first oral covid treatment, Paxlovid.

“People are going to get out there,” Angela Hwang, president of Pfizer Biopharmaceuticals Group, told investors May 3. “We know with all of that, infections are going to increase, and that’s the role that Paxlovid can play.”

During a recent investor call, a Pfizer official could spin the recent reports that the virus can hide from Paxlovid into good news, predicting that, as with the vaccine, patients may need multiple courses.

Immunocompromised patients “may carry this virus for a very, very long time,” Dr. Mikael Dolsten said in the investor call. “And we see that area as a real new opportunity growth area for Paxlovid to do very well, where you may need to take multiple courses.”

Pfizer has spent handsomely to bolster its influence during the pandemic. Since early 2020, it has shelled out more than $25 million for in-house lobbying and payments to 19 lobbying firms, pushing for legislation to protect its products and promote more robust U.S. vaccination programs.

Pfizer’s donations to political candidates in the 2020 cycle were larger than those of any other drug company, totaling about $3.5 million, with the greatest share going to Democrats. Joe Biden got $351,000; Donald Trump just $103,000.

Unlike Moderna, Sanofi, Novavax, and Johnson & Johnson, which got billions of dollars in U.S. support, Pfizer did not seek government money to develop its vaccine, saying it would work independently.

Pfizer did benefit from $445 million the German government provided to BioNTech, Pfizer’s partner in developing the vaccine. And, in the end, Pfizer relied substantially on U.S. government logistical support, according to a new book by former Health and Human Services official Paul Mango.

Pfizer recorded $7.8 billion in U.S. revenue for its covid vaccine in 2021. The government has options to buy 1.6 billion Pfizer vaccine doses and has so far bought 900 million of them, including 500 million purchased at not-for-profit prices to be donated to poor countries.

Pfizer’s terms in the contracts exclude many taxpayer protections. They deny the government any intellectual property rights and say that federal spending played no role in the vaccine’s development — even though National Institutes of Health scientists invented a key feature of Pfizer’s vaccine, said Robin Feldman, a patent law expert at the University of California.

“The agreement could set a precedent,” in which another company could cite Pfizer’s contracts to argue the government has surrendered any rights to an invention, she said.

The government also has agreed to buy about 20 million five-day courses of Paxlovid for $530 each.

Prices for the covid drug and vaccine will go up once the pandemic period is over, Bourla said at a January event, “to reflect the cutting-edge technology.”

Pfizer spokesperson Sharon Castillo declined to respond to specific questions about Pfizer’s influence on pandemic policy. She released a statement saying that “since Day 1 of this pandemic, we have been laser-focused on working collaboratively with all relevant stakeholders to bring to the world two medical breakthroughs. In doing so, we have moved at the speed of science, complied with the strict regulatory processes, and relied on our scientists’ expertise and manufacturing prowess.”

There is little question that the company ripped a scientific home run in responding rapidly to meet the medical needs created by the pandemic. It used artificial intelligence to track the spread of the virus and find the best places to recruit volunteers for its vaccine trials and deployed rapid drug-screening tools to develop Paxlovid.

Its success with the covid vaccine has raised hopes for a Pfizer vaccine for respiratory syncytial virus, a danger to babies and older adults. The company is also moving toward seeking licensure for shots that protect against Lyme disease and hospital infections.

Pfizer had long shunned the vaccine business, with its historically modest financial returns. It dropped out of human vaccine production in the late 1960s after the recall of its disastrous measles vaccine, which sickened scores of children after exposure to the virus caused unexpected reactions with antibodies stimulated by the shot. The company returned to the field in 2009 when it bought Wyeth, which was making a highly effective and uncommonly profitable vaccine against pneumonia and ear infections.

Now, Pfizer is a new kind of global powerhouse. In 2021 alone, the company hired nearly 2,400 people. “We are a household name right now to billions of people,” Bourla said in January. “People are trusting the Pfizer vaccines.”

The company’s power worries some vaccinologists, who see its growing influence in a realm of medical decision-making traditionally led by independent experts.

During a recent investor call, analyst Evan Seigerman of BMO Capital Markets asked whether the world was “kind of walking blindly into recommending boosters” so frequently.

Data from Israel, which uses only Pfizer’s vaccine and has provided most of the studies that have led to vaccination booster recommendations from the Centers for Disease Control and Prevention, suggests that third and fourth doses of the mRNA vaccines increase antibody levels that quickly wane again. Added boosters saved some lives in the over-60 population, but the data is less clear about the benefit to younger adults.

When President Biden in September 2021 offered boosters to Americans — not long after Bourla had recommended them — Dr. Paul Offit, director of the Vaccine Education Center at Children’s Hospital of Philadelphia and a developer of a vaccine for an intestinal virus, wondered, “Where’s the evidence you are at risk of serious disease when confronted with covid if you are vaccinated and under 50?”

Policies on booster recommendations for different groups are complex and shifting, Offit said, but the CDC, rather than Bourla and Pfizer, should be making them.

“We’re being pushed along,” he said. “The pharmaceutical companies are acting like public health agencies.”