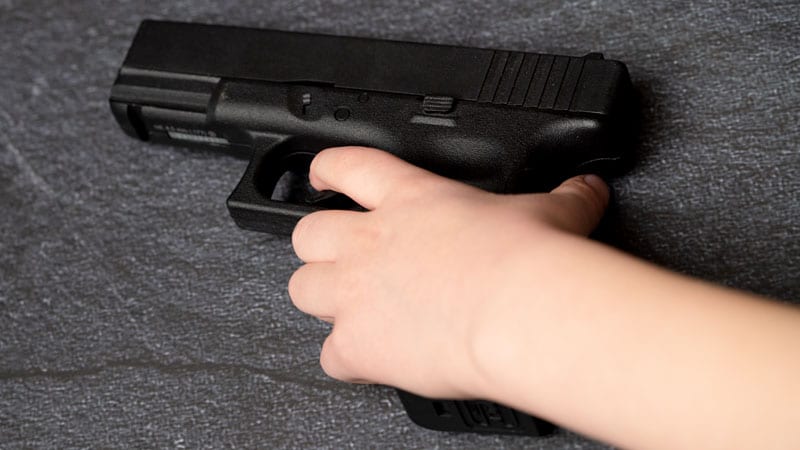 Although long-term trends varied by region and demographics, with some groups and areas seeing declines in killings, the increases were the highest among Black children and boys ages 11 to 17 years old, according to the researchers, who attribute the surge in violent deaths to a recent rise in firearm-related killings in children. Gun violence is now the leading cause of death for children in the United States, claiming what the American Academy of Pediatrics has equated to a classroom-full of lives each day.

“There are troubling recent rate increases among several groups, warranting immediate attention, with some racial and ethnic disparities persisting for more than 20 years,” said Rebecca F. Wilson, PhD, of the US Centers for Disease Control and Prevention, who helped conduct the study.

Wilson and her colleagues, whose findings appear this week in JAMA Pediatrics, examined data on 38,362 homicide victims in the United States aged 0 to 17 years who were killed between 1999 to 2020.

The figures show that not all children are affected equally. The rate of child homicide has fallen significantly for girls, infants, and children ages 5 years and under — whose deaths often result from caregiver neglect or violence — as well as Asian or Pacific Islanders, whites, and those living in the Northeast.

But the child homicide rate in the South increased 6.4% per year between 2013 and 2020, while that for children in both rural America and in cities is also rising after years of decline, according to the researchers.

The suspected perpetrator was known in about 64% of child killings. Nearly 80% of those perpetrators were male.

Wilson and her colleagues also note that the COVID-19 pandemic appears to have precipitated a wave of gun-related violence among children — a link borne out by another paper in JAMA Pediatrics this week. (Recent data suggest that intentional firearm injuries often are misclassified as accidental.)

The study found that gun-related injuries in youth remained elevated through 2021, with non-Hispanic Black children and those with public insurance making up greater proportions of victims during the pandemic. The researchers identified 1815 firearm injuries per month before the pandemic and 2759 per month during the outbreak, a 52% increase.

Although the two studies look at different data, both show that Black children are most affected by gun violence, experts said.

“This demonstrates a critical issue for the medical, public health, and legal communities: While homicide is often presented as a criminal justice problem, it is increasingly a racial justice problem,” said Katherine E. Hoops, MD, of the Center for Gun Violence Solutions at Johns Hopkins Bloomberg School of Public Health in Baltimore, Maryland.

In an editorial about the homicide study, researchers at the University of Pennsylvania Perelman School of Medicine in Philadelphia, Pennsylvania, called the violent deaths “preventable and unacceptable.” Eliminating such deaths “must be among our first priorities,” they wrote.

The editorial authors also noted that researchers know relatively little about nonfatal violent injuries such as those involving firearms. “These injuries are important not only because they may have life-altering consequences for children and families but also because understanding only the most severe form of any health condition (death) will hamper our ability to design and evaluate prevention strategies,” they wrote.

Wilson’s group identified different causes of youth homicide for different age groups — and the potential interventions for each differ. Although the youngest children are more likely to die from abuse or neglect, those ages 6 to 10 years were most likely to die by firearm, often associated with abuse that ends in suicide. Meanwhile, adolescents ages 11 to 17 were more subject to peer violence.

For Hoops, “each of these differences has important policy implications including the need for policies that address structural racism, poverty, and systematic disadvantage but also firearm safe storage to prevent youth violence and suicide, reduction of access to lethal means such as through extreme risk protective orders when someone is at risk of harming themselves or others.”

Wilson agreed. “We know child homicides are preventable,” she said. “The rate decrease for some groups is encouraging, yet more can be done to protect all children.”