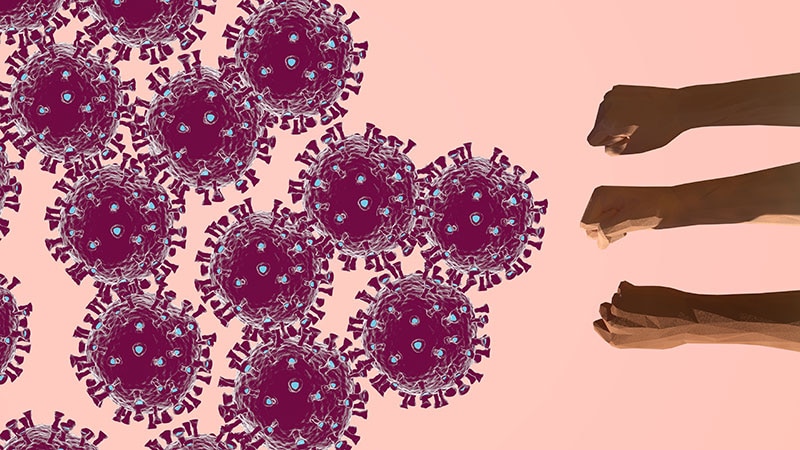 Iron deficiency is the most common nutritional deficiency worldwide, and can lead to anemia, but iron also has been identified as essential to the survival and growth of pathogenic organisms, Mubarak Yusuf, MD, said in a presentation at the annual meeting of the American College of Chest Physicians (CHEST).

However, the specific impact of iron deficiency anemia (IDA) on outcomes in patients hospitalized with acute bacterial infections has not been explored, said Yusuf, a third-year internal medicine resident at Lincoln Medical Center in New York.

Of these, 5.5% had a secondary diagnosis of IDA. The mean age of the study population was similar between the IDA and non-IDA groups (68 years) and racial distribution was similar, with a White majority of approximately 77%. Slightly more patients in the IDA group were women (58.5% vs. 51.6%) and this difference was statistically significant (P < .00001). Most of the patients (94.6%) in the IDA group had at least three comorbidities, as did 78.1% of the non-IDA group.

In addition, secondary outcomes of septic shock, acute respiratory failure, and cardiac arrest were lower in the IDA group in a regression analysis, with adjusted odds ratios of 0.71, 0.78, and 0.57, respectively.

The mean length of stay was 0.3 days higher in the IDA group, and the researchers found a nonsignificant increase in total hospital costs of $402.5 for IDA patients compared to those without IDA, said Yusuf.

The take-home message from the study is actually a question to the clinician, Yusuf said. “Should you consider a delay in treatment [of iron deficiency anemia] if the patient is not symptomatic?” he asked.

More research is needed to investigate the improved outcomes in the iron deficient population, but the large sample size supports an association that is worth exploring, he concluded.

“The findings of this research may suggest a protective effect of iron deficiency in acute bacterial pneumonia,” Yusuf said in a press release accompanying the meeting presentation. “More research is needed to elucidate the improved outcomes found in this population, but this research may lead clinicians to consider a delay in treatment of nonsymptomatic iron deficiency in acute bacterial infection,” he added.

The study received no outside funding. The researchers had no financial conflicts to disclose.