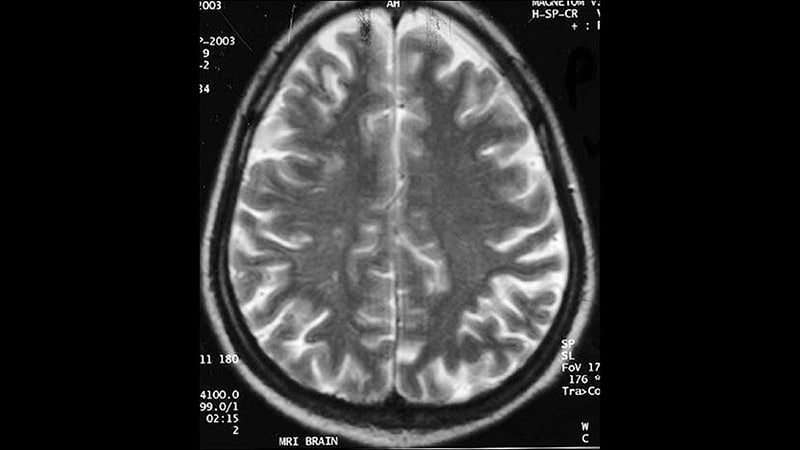 Young women appear to be at a higher risk of ischemic stroke than young men, according to a new systematic review of studies on this topic.

The review included 19 studies that reported on sex-specific stroke incidence among young adults, and found that overall, in young adults aged 18-35 years, there were 44% more women with ischemic strokes than men.

This gap narrowed in the age group 35-45 years, for which there was conflicting evidence whether more men or women have ischemic strokes.

“An assertion that young women may be disproportionately at risk of ischemic stroke represents a significant departure from our current scientific understanding and may have important implications about the etiology of ischemic strokes in young adults,” the authors note.

“One of the take home messages from this study is that stroke happens across the entire age spectrum, including young adults even if they do not have traditional risk factors,” study co-author Sharon N. Poisson, MD, associate professor of neurology at the University of Colorado Anschutz Medical Campus, Denver, told theheart.org | Medscape Cardiology.

“If a young person presents with focal neurological symptoms, the possibility of a stroke should not be discounted just because they may not fit the typical profile of a stroke patient. We need more education of the population that young people — including young women — can have a stroke, and that fast action to call emergency services is critical,” she said.

The study was published online January 24 in the journal Stroke as part of a special “Go Red for Women” spotlight issue.

The researchers note that historically it has been believed that men have a higher incidence of stroke in every age group until very old age. However, recent evidence focused on the young adult age group has reported that there are more young women (ages 18-45) with ischemic strokes compared with young men, suggesting that young women may be disproportionately at risk compared with their male counterparts.

Pointing out that a better understanding of these sex differences is important in implementing strategies that can more effectively prevent and treat strokes in this age group, the researchers conducted the current review to synthesize the updated evidence.

They searched PubMed from January 2008 to July 2021 for relevant studies that were population-based and reported stroke incidence by sex or sex-specific incidence rate ratios of young adults age 45 and younger. Statistical synthesis was performed to estimate sex difference by age group (≤ 35, 35-45 and ≤ 45 years) and stroke type.

“In this study the sex difference was not clear in the 35-45 age group. But in the age group of over 45 years we know that men have a higher risk of stroke than women, which is probably related to a higher level of atherosclerotic risk factors,” Poisson commented.

“Interpreting data on stroke in young people is challenging as stroke is not so common in this population,” she said. “Combining multiple studies helps but this also introduces a lot of variability, so we need to interpret these results with some caution. However, this is certainly intriguing data and suggests that something interesting may be going on in young adults,” she added. “These observations give us an initial clue that we need to look further into this issue.”

The study did not look at the possible mechanisms behind the results, as the current data came from administrative datasets that are limited in terms of the information collected.

But Poisson noted that the traditional risk factors for stroke are high blood pressure and the usual atherosclerotic factors such as high cholesterol.

She pointed out that women have some unique risk factors for stroke including oral contraceptive use, pregnancy, and the postpartum period, particularly preeclampsia during pregnancy. In addition, migraine, especially migraine with aura, is associated with an increased stroke risk and migraine is more common in young women than in young men.

“We don’t completely understand the role of these risk factors, but they may contribute to the results that we found,” Poisson commented. “The role of estrogen in stroke is complicated. While estrogen is generally thought to be protective against atherosclerotic risk factors, it also increases risk of clotting, so high estrogen states like pregnancy increase risk of stroke,” she added.

To better understand what is happening, prospectively collected clinical data on younger patients who have had a stroke are needed. Some such studies are underway but a concerted effort to do this in a large, multicenter registry would be desirable, Poisson said.

She noted that the presentation of a stroke in young people would be similar to that in the older population, with the most recent acronym to help recognize stroke symptoms being “BE FAST” — balance, eyes (vision), face (drooping), arm, speech (slurred), time (call emergency services quickly).

In an accompanying commentary, Cheryl Bushnell, MD, professor of neurology at Wake Forest School of Medicine, Winston Salem, North Carolina, and Moira Kapral, MD, professor in medicine and health policy at the University of Toronto, Canada, say these findings support the need for further study to understand and address the causes and risk factors of stroke in young women.

However, they point out that representation and reporting of women in clinical trials of acute stroke continues to be suboptimal, and they call for improved incorporation of sex and gender into study design, analysis, and interpretation, which they say is critical for producing research that is broadly generalizable and applicable to different populations.