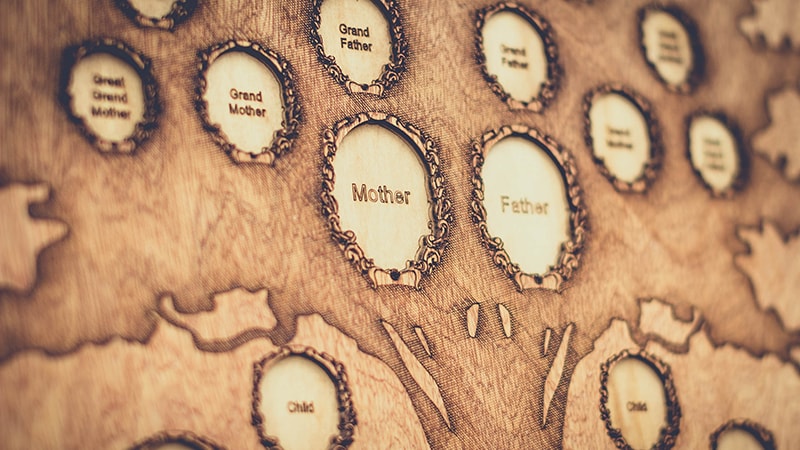 More than a quarter of adults receiving specialized care for idiopathic dilated cardiomyopathy (DCM) had parents, siblings, or children with the disorder, particularly among those who were Black, in new estimates based on US patients with DCM.

Almost 1700 first-degree relatives of 1220 patients with DCM were screened for the presence of ventricular changes suggesting DCM. Of the 1220 probands, 141 had relatives meeting prespecified echocardiographic criteria for the disorder and so were classified as having familial DCM.

That tally rose to 294 after the addition of probands with first-degree family members who only partially met the echo criteria, and so were thought to have an early-stage, preclinical form of DCM.

In adjusted models, the estimated rate of familial DCM among probands in the sample was about 30% overall, almost 40% among Blacks, and 28% among Whites.

Hershberger is senior author on the study, published online February 1 in the Journal of the American Medical Association.

The analysis breaks new ground, Hershberger said, for its estimates of DCM risk among family members according to proband age at DCM diagnosis.

Those findings reflect what is largely recognized, that the genetics of DCM are more potent when it is diagnosed in adolescents or young adults compared with the middle-aged or elderly, Hershberger observed. “Generally, they’re going to be sicker,” he said, and the likelihood of finding DCM in a first-degree relative is greater.

The analysis also “substantiates the cardiomyopathy guidelines: that at diagnosis probands should be counseled regarding familial risk, and first-degree relatives should undergo clinical screening,” the published report notes. “While DCM is usually silent until late-phase disease, often presenting with heart failure, conventional medical treatment has been shown to mitigate asymptomatic DCM.”

Far and away most US cardiologists, Hershberger observed, would initiate conventional medical therapy in screened family members found to meet the accepted academic definition of DCM — that is, a left ventricular (LV) ejection fraction less than 50% with LV enlargement without other recognized causes. “Even if it’s asymptomatic DCM, I think we would all initiate, minimally, an ACE inhibitor or a beta-blocker or both.”

Management is less settled for relatives found with either LV systolic dysfunction or LV enlargement but not both, which he called “a partial phenotype on the causal pathway to dilated cardiomyopathy.”

Family members with “an ejection fraction in the 30s or 40s, people are going to treat that too, even without left ventricular enlargement.” But LV enlargement without systolic dysfunction? “Nobody knows what to do with it. I don’t think many would treat it,” which reflects perceptions of systolic dysfunction as the more serious finding, Hershberger said.

The analysis “provides a critical first step to comprehensively understand the risks associated with familial DCM and the value of family-based clinical screening,” an accompanying editorial states, “to more readily identify the individuals with preclinical disease who might benefit from the early initiation of neurohormonal therapies.”

Further research is needed, however, “to better define the appropriate timing and frequency of familial screening for DCM as well as the role of genetic testing in routine screening practice,” writes Krishna G. Aragam, MD, Massachusetts General Hospital and Harvard Medical School, Boston.

The analysis, based on research within the DCM Precision Medicine Study, described in the report as “a collaborative effort comprising 25 clinical sites across the US,” started with the 1220 adult patients with confirmed DCM, mean age 53, seen at the centers from 2016-2020. About 44% of the probands were women, and 43% and 8.3% self-reported as Black and Hispanic, respectively.

A total of 1693 first-degree relatives were screened for DCM, after which 11.6% of probands were defined as having the familial form of the disorder. Model-based estimates — in part reflecting projected DCM cases, with screening including all of each proband’s living first-degree relatives — put the rate of proband familial DCM at 29.7% overall, 39.4% among Blacks, and 28% among Whites.

Addition of first-degree relatives who showed the partial DCM phenotype raised the estimated prevalence of familial cases among the probands to 56.9% overall.

The estimated cumulative risk for a proband first-degree relative’s diagnosis by age 80 was 19% for DCM and 33% with the addition of partial-phenotype cases.

“While this analysis may have been intended to help guide heart failure practitioners, the approach may have overestimated risk, as patients with DCM presenting to advanced heart failure programs typically have more severe disease than those in the general population,” the editorial observes.

On the other hand, the editorialists add, “by restricting analyses to living relatives, the study may have also underestimated familial risk, as first-degree relatives may have died from DCM prior to proband enrollment.”

Hershberger said a longitudinal follow-up study of first-degree family members is tentatively planned in part to screen for cardiomyopathy progression in those who had been identified with partial-phenotype DCM.

Hershberger reported receiving support for a clinical trial from Pfizer/Array and Myocardia/Bristol-Myers Squibb. Disclosures for the other authors are in the report. Aragam reports receiving grant support from the National Heart, Lung, and Blood Institute and the American Heart Association; personal fees from Sarepta Therapeutics; and to having a research collaboration with Novartis. Disclosures for the other editorialists are in their report.