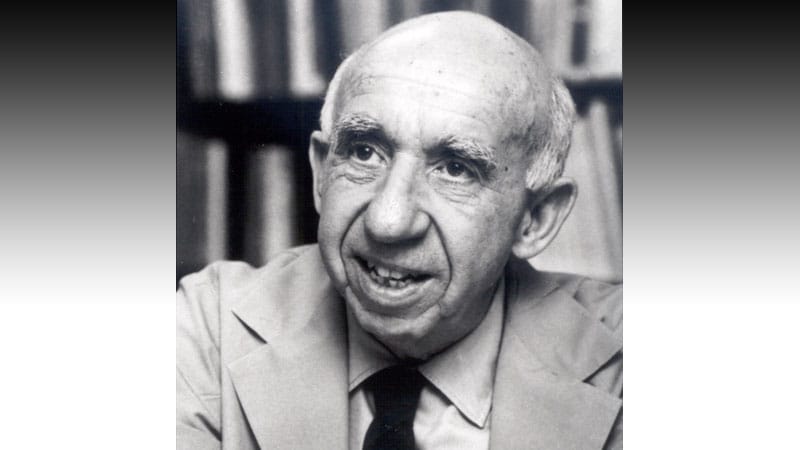 On the occasion of his 100th birthday, The Washington Post wrote of the trailblazing cardiologist and scientist Jeremiah Stamler, MD: “You may not know him, but he may have saved your life.”

Hyperbole, it was not.

Over a career spanning more than 70 years, Stamler transformed medicine and the public’s understanding of diet and lifestyle in cardiovascular health and helped introduce the concept of readily measured ‘risk factors’ such as cholesterol, hypertension, smoking, and diabetes.

Stamler, the founding chair and a professor emeritus of preventive medicine at Northwestern University’s Feinberg School of Medicine in Chicago, died Wednesday at his home in Sag Harbor, New York, at age 102.

“It is no exaggeration to say that few people in history have had as great an impact on human health,” Donald Lloyd-Jones, MD, chair of the department of preventive medicine at Feinberg and president of the American Heart Association (AHA), said in a statement.

“Jerry was a giant intellect who founded the fields of cardiovascular epidemiology and preventive cardiology and led [the way] in defining new prevention concepts right up until his last days,” Lloyd-Jones added in a statement issued by the university.

Tom Frieden, MD, former director of the Centers for Disease Control and Prevention, tweeted, “Jerry and my father did research on sodium together in the early 1950s. He was a giant in the field of public health, and we’re still benefiting from his brilliance and dedication.”

The son of Russian immigrants, Stamler was born in Brooklyn in 1919 and received a bachelor’s degree from Columbia University and a medical degree from State University of New York.

Discharged from the US Army with the rank of captain, Stamler and his first wife, Rose, herself a distinguished cardiology researcher, moved to Chicago in 1947 and began researching nutrition and atherosclerosis under pioneering cardiology researcher Louis N. Katz, MD, ultimately showing that atherosclerosis could be introduced by changing the diet of chickens. She died in 1998.

In a 2006 interview, Stamler said he and fellow researchers began pressing the AHA in the late 1950s to adopt a public policy of support to improve lifestyles, including smoking cessation and better nutrition. “It took some doing. The AHA was initially reluctant and was under pressure from industry.”

Philip Greenland, MD, professor of cardiology and former chair of preventive medicine at Northwestern, described Stamler as a “force for truth that never backed down when confronted by others who did not share his passion for truth and the best science.”

“I loved working with him since I always knew he would make our research better, clearer, more relevant, and more impactful,” he said in the AHA statement.

A lifelong activist and opponent of the Vietnam War, Stamler was subpoenaed in May 1965 by the House Un-American Activities Committee (HUAC) along with his nutritionist-assistant Yolanda Hall. Rather than pleading the Fifth Amendment against self-incrimination, Stamler and Hall refused to testify before the committee and were charged with contempt of Congress.

A year after the Stamler v. Willis case ended, the House voted to terminate the HUAC. In an essay detailing the high-profile case, Henry Blackburn quipped, “They simply did not know who they were taking on when they tagged ol’ Jerry Stamler.”

“Dr. Stamler’s exceptional science was paralleled by his remarkable humanity. He was a champion of our best American ideals, he was fearless when facing the status quo, and he was tireless in the pursuit of what was right and just. He remains a beacon for all that is noble in medicine,” said Clyde Yancy, MD, MSc, Northwestern’s chair of cardiology.

Over the course of his career, Stamler published more than 670 peer-reviewed papers, 22 books and monographs, and his work has been cited more than 56,000 times. A committed mentor, Stamler was the 2014 recipient of the AHA’s Eugene Braunwald Academic Mentorship Award.

A lifelong proponent of the Mediterranean diet, Stamler divided his time between New York, a home in Italy, and Chicago, with his wife Gloria Beckerman Stamler, whom he married in 2004 and who preceded him in death.