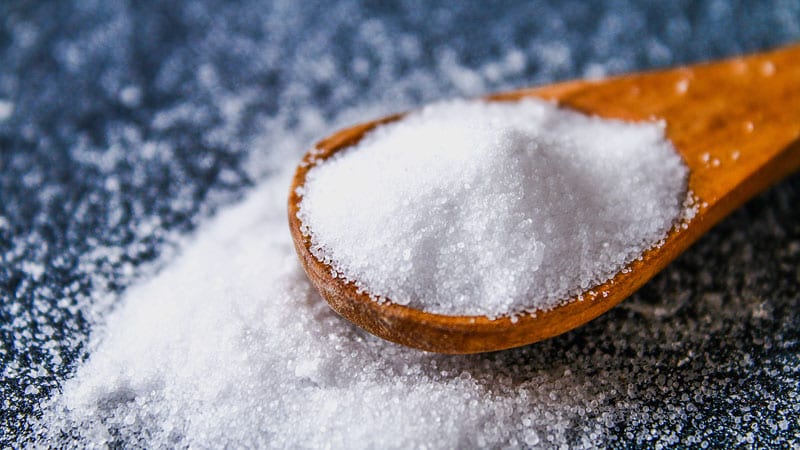 A low-sodium diet was not associated with a reduction in future clinical events in a new study in ambulatory patients with heart failure. But there was a moderate benefit on quality of life and New York Heart Association (NYHA) functional class.

The results of the SODIUM-HF trial were presented today at the American College of Cardiology (ACC) 2022 Scientific Session, conducted virtually and in-person in Washington, DC. They were also simultaneously published online in The Lancet.

The study found that a strategy to reduce dietary sodium intake to less than 1500 mg daily was not more effective than usual care in reducing the primary endpoint of risk for hospitalization or emergency department visits due to cardiovascular causes or all-cause death at 12 months.

“This is the largest and longest trial to look at the question of reducing dietary sodium in heart failure patients,” lead author, Justin Ezekowitz, MBBCh, from the Canadian VIGOUR Center at the University of Alberta, Edmonton, Canada, told theheart.org |Medscape Cardiology.

But he pointed out that there were fewer events than expected in the study, which was stopped early because of a combination of futility and practical difficulties caused by the COVID pandemic, so it could have been underpowered. Ezekowitz also suggested that a greater reduction in sodium than achieved in this study or a longer follow-up may be required to show an effect on clinical events.

“We hope others will do additional studies of sodium as well as other dietary recommendations as part of a comprehensive diet for heart failure patients,” he commented.

Ezekowitz said that the study results did not allow blanket recommendations to be made on reducing sodium intake in heart failure.

But he added: “I don’t think we should write off sodium reduction in this population. I think we can tell patients that reducing dietary sodium may potentially improve symptoms and quality of life, and I will continue to recommend reducing sodium as part of an overall healthy diet. We don’t want to throw the baby out with the bathwater.”

Ezekowitz noted that heart failure is associated with neurohormonal activation and abnormalities in autonomic control that lead to sodium and water retention; thus, dietary restriction of sodium has been historically endorsed as a mechanism to prevent fluid overload and subsequent clinical outcomes; however, clinical trials so far have shown mixed results.

“The guidelines used to strongly recommend a reduction in sodium intake in heart failure patients, but this advice has backed off in recent years because of the lack of data. Most heart failure guidelines now do not make any recommendations on dietary sodium,” he said.

In the intervention group, patients were asked to follow low-sodium menus developed by dietitians localized to each region. They also received behavioral counseling by trained dietitians or physicians or nurses.

Dietary sodium intake was assessed by using a 3-day food record (including 1 weekend day) at baseline, 6 months, and 12 months in both groups and, for the intervention group, also at 3 and 9 months to monitor and support dietary adherence.

Ezekowitz explained that although the best method for measuring sodium levels would normally be a 24-hour urine sodium, this would be impractical in a large clinical trial. In addition, he pointed out that urinary sodium is not an accurate measure of actual sodium levels in patients taking diuretics, so it is not a good measure to use in a heart failure population.

“The food record method of assessing sodium levels has been well validated; I think we measured it as accurately as we could have done,” he added.

There was no significant difference in 6-minute-walk distance at 12 months between the low-sodium diet group and the usual care group.

NYHA functional class at 12 months differed significantly between groups; the low-sodium diet group had a greater likelihood of improving by one NYHA class than the usual care group (odds ratio, 0.59; P = .0061).

No safety events related to the study treatment were reported in either group.

Ezekowitz said that to investigate whether longer follow-up may show a difference in events, further analyses are planned at 2 years and 5 years.

Questions on Food Recall and Blinding

Commenting on the findings at the late-breaking clinical trials session at the ACC meeting, Biykem Bozkurt, MD, professor of medicine at Baylor College of Medicine, Houston, Texas, congratulated Ezekowitz on conducting this trial.

“We have been chasing the holy grail of sodium reduction in heart failure for a very long time, so I have to commend you and your team for taking on this challenge, especially during the pandemic,” she said.

But Bozkurt questioned whether the intervention group actually had a meaningful sodium reduction given that this was measured by food recall and this may have been accounted for by under-reporting of certain food intakes.

Ezekowitz responded that patients acted as their own controls in that calorie intake, fluid intake, and weight were also assessed and did not change. “So I think we did have a meaningful reduction in sodium,” he said.

Bozkurt also queried whether the improvements in quality of life and functional status were reliable given that this was an unblinded study.

To this point, Ezekowitz pointed out that the KCCQ quality-of-life measure was a highly validated instrument and that improvements were seen in these measures at 3, 6, and 12 months. “It is not like these were spurious findings, so I think we have to look at this as a real result,” he argued.

Commenting on the study at an ACC press conference, Mary Norine Walsh, MD, director of the heart failure and cardiac transplantation programs at St Vincent Heart Center in Indianapolis, Indiana, said the trial had answered two important questions: that sodium reduction in heart failure may not reduce heart failure hospitalization/death but that patients feel better.

“I think we can safety tell patients that if they slip up a bit they may not end up in hospital,” she added.