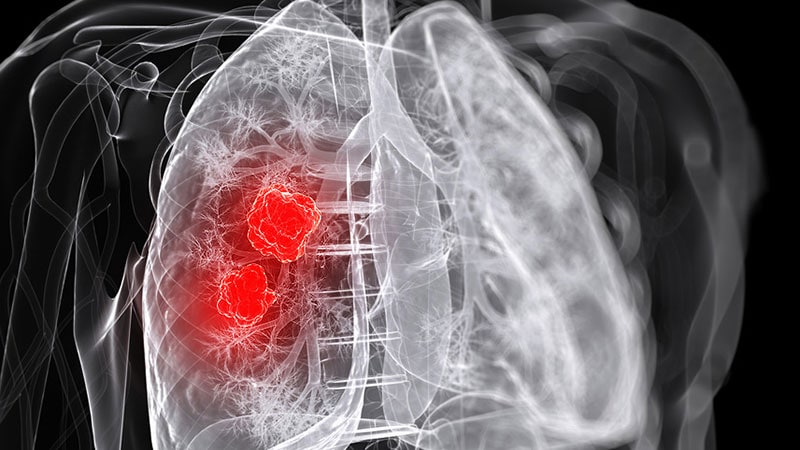 Surgeons at Northwestern Medicine in Chicago have successfully performed a double lung transplant on a patient with stage 4 lung cancer, the health system reports.

Lung transplantation for lung cancer is rare, and this double lung transplant — the first of its kind for terminal lung cancer at Northwestern — could provide a treatment option for some patients who don’t respond to standard treatments, say the surgeons.

Six months later, the patient has no signs of cancer in his body, and the surgeons say they are “thrilled” with his progress.

“He doesn’t require oxygen and is leading a normal life,” Young Chae, MD, a medical oncologist with Lurie Cancer Center at Northwestern Medicine, commented in a press release.

The patient, a 54-year-old nonsmoker, presented with coughing and symptoms that he thought were related to COVID-19, but he was diagnosed with stage 1 lung cancer. Treatment was initially delayed because of the pandemic and, despite eventually receiving multiple rounds of chemotherapy, his cancer advanced rapidly to terminal stage 4.

“Fortunately, the tumor was only localized to the chest, completely encasing both his lungs, but hadn’t spread to other parts of his body, which is a rare characteristic for stage 4 lung cancer,” Chae commented.

“Lung transplantation for lung cancer is extremely uncommon with few cases reported,” Ankit Bharat, MD, chief of thoracic surgery at Northwestern Medicine and executive director of the Canning Thoracic Institute, explains in the statement from Northwestern Medicine. “For patients with stage 4 cancer, lung transplantation is considered a complete ‘no-no,’ but because…cancer was confined only to his chest, we were confident we could clear all the cancer during surgery and save his life.”

The American College of Surgeons highlighted Bahrat’s work in a tweet, adding: “This surgery could open the doors for other cancer patients.”

Northwestern Medicine said it is now developing a “new set of protocols for treating lung cancer patients” along with a clinical registry to track the progress of such patients over time.

A lung cancer expert approached by Medscape Medical News for reaction to the news declined to comment, and also did not want to be named. Only a tiny percentage of patients would be candidates for this approach, the expert said: “I’m far more interested in work that is of broad clinical relevance.”