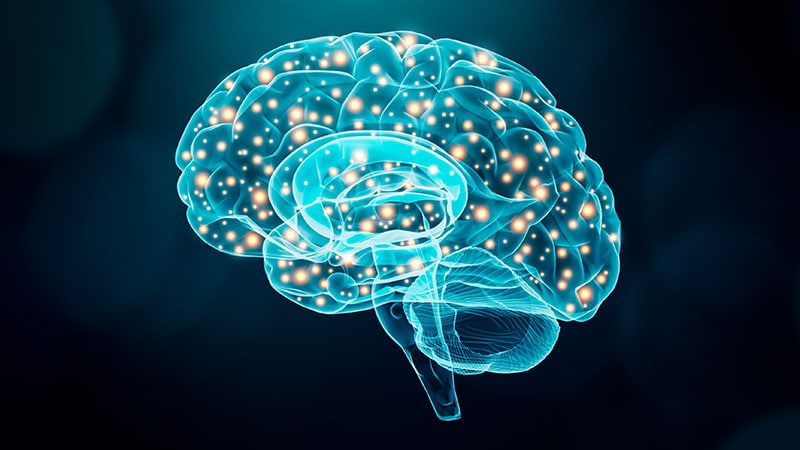 In a “repeat” MRI study, adult participants with MDD had significantly lower brain connectivity compared with their healthy peers at baseline — but showed significant improvement at the 6-week follow-up. These improvements were associated with decreases in symptom severity, independent of whether they received electroconvulsive therapy (ECT) or other treatment modalities.

fixed as we thought, and we can improve brain structure within a short time frame [of] around 6 weeks,” lead author Jonathan Repple, MD, now professor of predictive psychiatry at the University of Frankfurt, Germany, said in a release.

“This gives hope to patients who believe nothing can change and they have to live with a disease forever because it is ‘set in stone’ in their brain,” he added.

The findings were presented here at the 35th European College of Neuropsychopharmacology (ECNP) Congress.

Repple told Medscape Medical News the investigators “were surprised to see how plastic” the brain could be.

“I’ve done a lot of imaging studies in the past where we looked at differences in depression vs healthy controls, and then maybe had tiny effects. But we’ve never seen such a clear and easily understandable picture, where we see a deficit at the beginning and then a significant increase in whatever biomarker we were looking at, that even correlated with how successful the treatment was,” he said.

about a biomarker: that we see this exact pattern;” and it is why they are so excited about the results.

However, he cautioned that the study included a “small sample” and the results need to be independently replicated.

“But if this can be replicated, this might be a very good target for future intervention studies,” Repple said.

The investigators note that altered brain structural connectivity has been implicated before in the pathophysiology of MDD.

However, it is not clear whether these changes are stable over time and indicate a biological predisposition, or are markers of current disease severity and can be altered by effective treatment.

To investigate further, the researchers used gray matter T1-weighted MRI to define nodes in the brain and diffusion-weighted imaging (DWI)-based tractography to determine connections between the nodes, in order to create a structural connectome or white matter network.

They performed assessments at baseline and at 6-weeks follow-up in 123 participants diagnosed with current MDD and receiving inpatient treatment, and 55 participants who acted as the healthy controls group.

Among the patients with MDD, 56 were treated with ECT and 67 received other antidepressant care, including psychological therapy or medications. Some patients had received all three treatment modalities.

Results showed a significant interaction by group and time between the baseline and 6-week follow-up assessments (P < .05).

This was partly driven by the MDD group having a significantly lower connectivity strength at baseline than the healthy controls group (P < .05).

It was also partly driven by patients showing a significant improvement in connectivity strength between the baseline and follow-up assessments (P < .05), a pattern that was not seen in the nonpatients.

This increase in connectivity strength was associated with a significant decrease in depression symptom severity (P < .05). This was independent of the treatment modality, indicating that it was not linked to the use of ECT.

Repple acknowledged the relatively short follow-up period of the study, and added that he is not aware of longitudinal studies of the structural connectome with a longer follow-up.

He pointed out that the structural connectivity of the brain decreases with age, but there have been no studies that have assessed patients with depression and “measured the same person again after 2, 4, 6, or 8 years.”

Repple reported that the investigators will be following up with their participants, “so hopefully in a few years we’ll have more information on that.”

“One thing I also need to stress is that, when we’re looking at the MRI brain scans, we see an increase in connectivity strength, but we really can say what the molecular

mechanisms behind it are,” he said. “This is a black box for us.”

Commenting in the release, Eric Ruhe, MD, PhD, Radboud University Medical Center, Nijmegen, the Netherlands, said this was a “very interesting and difficult study to perform.”

However, Ruhe, who was not involved in the research, told Medscape Medical News that it is “very difficult to connect the lack of brain connectivity to the patient symptomatology because there is a huge gap between them.”

The problem is that, despite “lots of evidence” that they are effective, “we currently don’t know how antidepressant therapies work” in terms of their underlying mechanisms of action, he said.

“We think that these types of therapies all modulate the plasticity of the brain,” said Ruhe. “What this study showed is there are changes that you can detect even in 6 weeks,” although they may have been observed even sooner with a shorter follow-up.

He noted that big questions are whether the change is specific to the treatment given, and “can you modulate different brain network dysfunctions with different treatments?”

Moreover, he wondered if a brain scan could indicate which type of treatment should be used. “This is, of course, very new and very challenging, and we don’t know yet, but we should be pursuing this,” Ruhe said.

“Again, this is something that needs to be followed up,” said Ruhe.

No funding was declared. The study authors and Ruhe report no relevant financial relationships.