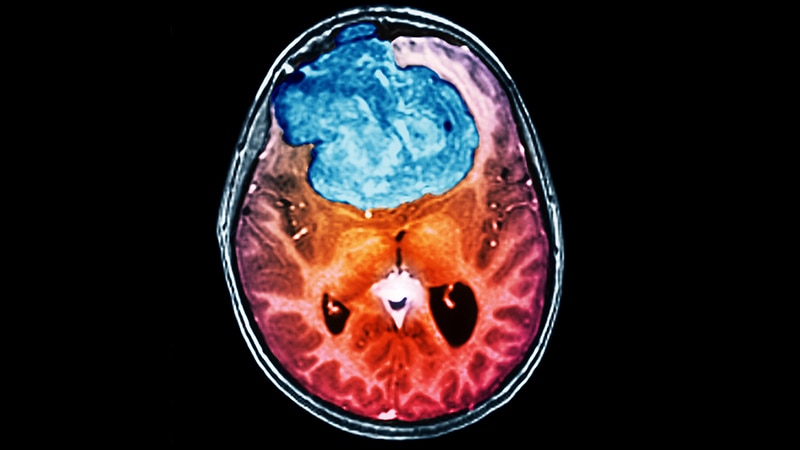 Children who received cranial radiotherapy to treat their cancer faced an increased risk of developing meningioma — the most common type of benign brain tumor — decades after being exposed, according to a recent analysis.

More specifically, among pediatric cancer survivors exposed to cranial radiation, those who received doses above 24 Gy had more than 30-fold higher odds of meningioma, and this risk remained significantly elevated 30 years after exposure.

Overall, the findings suggest that the meninges are highly radiosensitive, especially for children exposed to radiotherapy before age 10, and support longstanding efforts to limit radiation exposure in healthy tissue, the authors explained.

But Stanislav Lazarev, MD, who wasn’t involved in the study, cautioned that these results should not alter whether children receive potentially life-saving radiotherapy.

Lazarev, a radiation oncologist at Mount Sinai in New York City, worries that when a parent hears that radiation increases the risk of meningioma 30-fold, they may forego radiation “and in a few months or a couple of years the child will recur and die from a highly curable cancer with the highly curable treatment approach.”

Also, this type of study can establish a correlation between an exposure and an outcome but “correlation does not equal causation and, in this case, there is no way to meaningfully conclude that radiation actually caused development of meningioma,” Lazarev said.

The study was published online earlier this month in JAMA Oncology.

Meningioma is the most common neoplasm following cranial irradiation among survivors of childhood cancer, but there is uncertainty regarding the magnitude of the radiation dose-response association and the role age at exposure and chemotherapy may play in subsequent meningioma risk.

To investigate, Lene Veiga, PhD, and colleagues pooled data from four nested case-control studies of children treated for their first primary childhood cancers between 1942 and 2000.

Exposures of interest were radiation dose (Gy) to the meningioma site and cumulative chemotherapy doses, including intrathecal and systemic methotrexate doses. The main outcome was subsequent meningioma, assessed using odds ratio (OR) and excess odds ratio per gray (EOR/Gy).

Any radiotherapy exposure (OR, 11.02), and any methotrexate receipt (OR, 3.43) were associated with significantly greater odds of meningioma. The risk was similar for systemic (OR, 2.37) and intrathecal (OR, 2.90) methotrexate, but there was no evidence of a dose-response association or interaction with radiation dose.

There were no significant associations for chemotherapy overall, or alkylating agents, anthracyclines, platinum-based compounds, and epipodophyllotoxins, in particular.

Children whose meninges were exposed to radiation before age 10 also had a higher risk of meningioma than those exposed after (EOR/Gy, 2.20 vs 0.57, respectively). In addition, the risk associated with radiation remained significantly elevated 30 years after exposure (EOR/Gy 3.76).

Veiga noted that, given the nature of the case-control study, the authors were not able to estimate the absolute risk of meningioma following radiation for childhood cancer.

However, “as these children were treated between 1970 and 1986, these results reflected the absolute risk for children treated in the past only,” noted Veiga, from the Division of Cancer Epidemiology and Genetics, National Cancer Institute, Rockville, Maryland. “Advances in radiation technology allowing for more localized delivery of radiation [have] helped reduce doses to healthy tissues.”

Lazarev explained that while this is certainly “an important health concern that we always advise our parents about, it would be wrong to say you shouldn’t get the standard of care curative treatment for childhood cancer in an effort to reduce an already low risk of developing a disease that is unlikely to have a significant quality of life compromise.”

“I tell parents of my patients that we don’t know the absolute risk, but it’s somewhere about 1% to 2% per decade of life,” Lazarev said. However, “the risk of harm in not giving the treatment is significant and dangerous.”

Lazarev also cautioned that the studies included are fairly old and detailed information on the types and sites of radiation is lacking. It’s also possible that some patients would have developed meningioma regardless of the radiation.

“Meningioma may be an incidental finding that doesn’t cause symptoms and is just followed,” he said. And even if it does need treatment, these tumors are “highly treatable and highly curable.”

The study was funded by the Division of Cancer Epidemiology and Genetics, part of the Intramural Program of the US National Cancer Institute (NCI). Veiga and Lazarev reported no relevant disclosures.