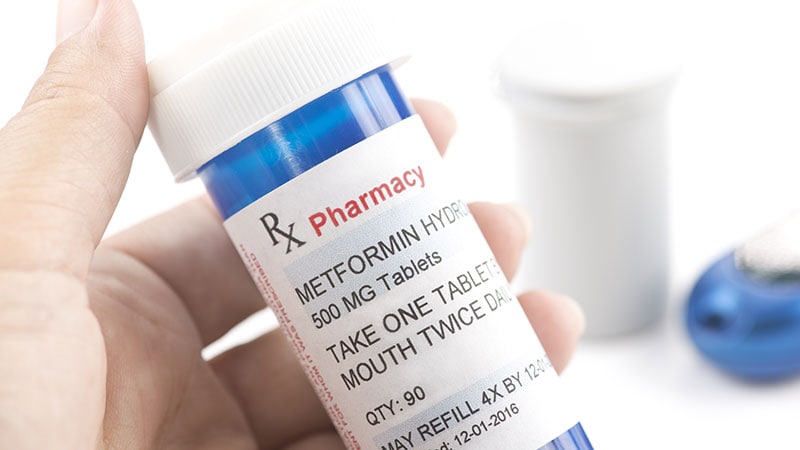 NEW YORK — The diabetes medication metformin may reduce the risk of age-related macular degeneration (AMD), according to new research.

Analysis of a large database of patients, both with and without AMD, showed that patients who were prescribed the drug over a period of 2 years were about 5% less likely to have AMD.

“How great will it be if we can give metformin to our patients when they start developing AMD, and lower the disease burden over the years,” Dimitra Skondra, MD, PhD, associate professor of ophthalmology at the University of Chicago, told Medscape Medical News.

Presenting the findings here at the American Society of Retina Specialists (ASRS) 2022 annual meeting, she cautioned that more research is needed before metformin can be prescribed for AMD.

But the drug has previously shown protective effects against other age-related diseases such as dementia, cancer, and stroke. And it works through pathways that play a role in the development of AMD. “I’m also giving metformin to mice, using different models of macular degeneration, and I’m seeing an effect there,” Skondra said.

To investigate further, Skondra and colleagues analyzed the IBM MarketScan Database of US health insurance claims to find 312,404 subjects with newly diagnosed AMD from January 2008 to December 2017.

They compared these subjects to 312,376 control subjects matched by age, comorbidities, anemia, hypertension, region of the United States, and year of eye exam.

The researchers used multivariate and adjusted regression models to calculate the risks of developing AMD over a period of 2 years for people prescribed metformin and other commonly prescribed medications including insulin, sulfonylureas, and glitazones (thiazolidinediones).

It’s not clear why higher doses should have less effect than lower doses, Skondra said. One possibility is that people receiving higher doses have worse diabetes. Another is that higher doses could be detrimental.

The database did not allow the researchers to adjust for all potential covariates, making it hard to determine whether metformin has benefits beyond controlling diabetes. Previous studies on other diseases have mostly been in patients with diabetes, and this study showed that diabetes itself is a risk factor for AMD.

Metformin is sometimes prescribed for conditions other than diabetes, such as polycystic ovary syndrome (PCOS) and weight gain from antipsychotic medications. Skondra and her colleagues separately analyzed only those patients with diabetes, and found that the pattern of reduced risk with the low to moderate doses did not change significantly.

“I think that there is a true signal here, that it’s not just from controlling diabetes,” she said. But she acknowledged that only a clinical trial can answer this question definitively.

The researchers also found that metformin was associated with a decreased risk of AMD in patients with diabetes who don’t have coexisting-diabetic retinopathy.

Insulin is not likely to be a good treatment for AMD because it requires injections and is more likely to cause hypoglycemia, Skondra said. But she said sulfonylureas may be worth investigation.

However, it’s too early to prescribe metformin for AMD, and more observational studies should be done before a lot of money is spent on a clinical trial, said Seddon, a professor of ophthalmology at UMass Memorial Eye Center in Worcester, Massachusetts.

One clinical trial on metformin for geographic atrophy is already underway, but it’s also important to know whether the drug could be given to people in earlier in the disease, Skondra said.

The study was funded by the Institute of Translational Medicine, Bucksbaum Foundation, the University of Chicago Center for Health and the Social Sciences, Genentech/ARVO Foundation AMD Fellowship, Bright Focus Foundation, and the Illinois Society for the Prevention of Blindness. Skondra reports relationships with Alimera Science, Allergan, Biogen, Focuscope, Lagripperesearch, Neurodiem, and SITC. Seddon reports financial relationships with Gemini Therapeutics and Apellis.

Laird Harrison writes about science, health and culture. His work has appeared in national magazines, in newspapers, on public radio and on websites. He is at work on a novel about alternate realities in physics. Harrison teaches writing at the Writers Grotto. Visit him at www.lairdharrison.com or follow him on Twitter: @LairdH