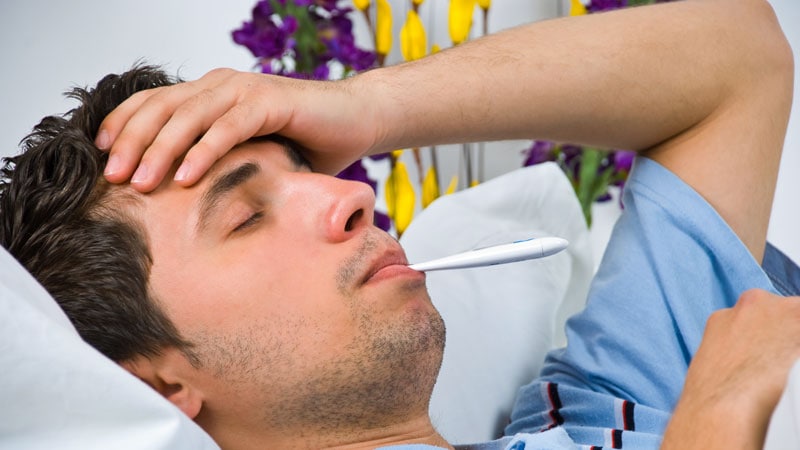 Just 3 weeks into the 2022-2023 flu season, the latest data from the Centers for Disease Control and Prevention’s Influenza Division suggest that the flu and respiratory syncytial virus are more than making up for the recent decline in COVID activity.

Outpatient visits for influenzalike illness (ILI), which includes influenza, SARS-CoV-2, and RSV, were higher after 3 weeks than for any of the previous five flu seasons: 3.3% of visits reported through the CDC’s Outpatient Influenza-like Illness Surveillance Network involved ILI as of Oct. 22. The highest comparable rate in the previous 5 years was the 1.9% recorded in late October of 2021, shortly after the definition of ILI was changed to also include illnesses other than influenza.

This season’s higher flu activity is in contrast to the previous two, which were unusually mild. The change, however, is not unexpected, as William Schaffner, MD, an infectious disease expert and professor of preventive medicine at Vanderbilt University, recently told CNN.

One indication of the mildness of the previous two flu seasons was the number of deaths, both pediatric and overall. Influenza-associated pediatric deaths had averaged about 110 per season over the previous eight seasons, compared with just 1 for 2020-2021 and 43 in 2021-2022. Overall flu deaths never reached 1% of all weekly deaths for either season, well below baseline levels for the flu, which range from 5.5% to 6.8%, CDC data show.

Other Indicators of Early Severity

This season’s early rise in viral activity also can be seen in hospitalizations. The cumulative rate of flu-related admissions was 1.5 per 100,000 population as of Oct. 22, higher than the rate observed in the comparable week of previous seasons going back to 2010-2011, according to the CDC’s Influenza Hospitalization Surveillance Network.

A look at state reports of ILI outpatient visit rates shows that the District of Columbia and South Carolina are already in the very high range of the CDC’s severity scale, while 11 states are in the high range. Again going back to 2010-2011, no jurisdiction has ever been in the very high range this early in the season, based on data from the Outpatient Influenza-like Illness Surveillance Network.