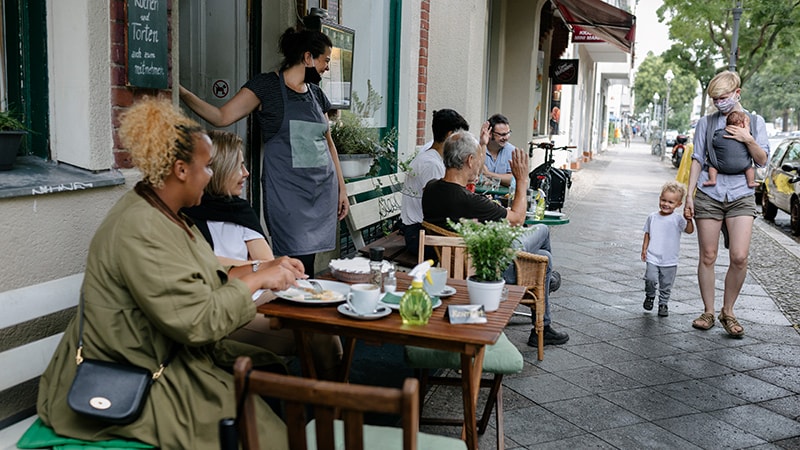 A majority of people in the U.S. continue to support a mask requirement for those who are traveling on airplanes, trains, and other types of public transportation, according to a new poll by The Associated Press-NORC Center for Public Affairs Research.

About 56% of the 1,085 adults surveyed said they were in “favor” of a mask mandate for people traveling on planes and public transit, compared with 24% who were opposed and 20% who said they were neither in favor nor opposed.

The survey was done April 14-18, shortly before a federal judge in Florida struck down the national mask mandate on airplanes and mass transit. Soon after, airlines, airports, transit systems, and private companies dropped their requirements for passengers to wear face coverings.

But the Justice Department said Wednesday that it would file an appeal seeking to overturn the judge’s decision, by filing a notice of appeal in federal court in Tampa, FL. The notice came minutes after the CDC asked the department to appeal the decision, saying that “an order requiring masking in the indoor transportation corridor remains necessary for the public health,” according to The Associated Press.

It remains unclear whether the Biden administration will ask the appeals court to grant an emergency stay to reimpose the mask mandate on public transportation right away, the AP reported. An emergency stay could create another dramatic shift for travelers and transit workers after mask requirements were lifted quickly on Monday.

The AP-NORC poll shows a wide partisan divide on the public transportation masking issue. Among Democrats, 80% favor it and 5% oppose it. Among Republicans, 45% are opposed, as compared with 33% in favor and 22% saying neither. Among independents, 45% favor it.

Older Americans are more likely than younger adults to support mask requirements, the poll found. About 71% of survey participants who were 60 and older favored mask mandates on public transportation.

Americans also appear to be divided on other mask mandate issues, the poll found. About 49% of those surveyed said they were in favor of a mask requirement for workers who interact with the public, such as at restaurants and stores. About 27% said they were opposed, and 24% said neither.

What’s more, about 49% of those surveyed said they were in favor of a mask mandate for people attending crowded public events such as concerts, sporting events, and movies. About 28% said they were opposed, while 23% said neither.

Personal concerns about COVID-19 infection continue to decline in the ongoing poll, the AP reported, reaching one of the lowest points of the past 2 years. About 20% of those surveyed said they’re very or extremely worried that they or a family member will be infected, which is down from 25% a month ago and 36% in December and January. In the recent poll, about 33% of people said they’re somewhat worried, and 48% said they’re not worried at all.

In an AP-NORC poll done last month, most Americans said they had taken significant steps to drop pandemic-related precautions. About 44% of those surveyed said they continued to wear face masks outside of their homes often or always, down from 65% in January.

The Associated Press-NORC Center for Public Affairs Research: “Support for Mask Requirements in Public Persists Although Worries About Infection Continue to Decline,” “COVID Personal Precautions on the Decline.”