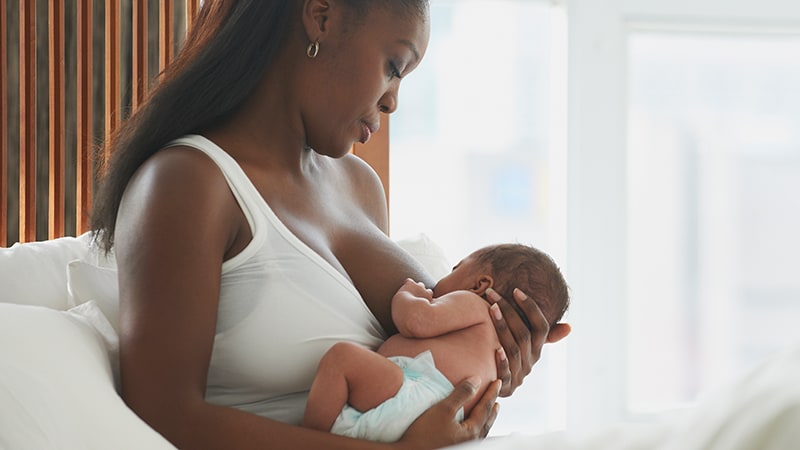 In a small study, investigators found low concentrations of ocrelizumab or rituximab in breast milk and that the infants met all developmental milestones.

“In general, breastfeeding is considered acceptable when the relative infant dose is less than 10%, and, reassuringly, in our cohort, the median relative infant dose, based on the average concentration, is less than 1% regardless of dose or schedule,” said lead researcher Annika Anderson, BA, Weill Institute for Neurosciences, University of California, San Francisco, told delegates attending the 38th Congress of the European Committee for Treatment and Research in Multiple Sclerosis (ECTRIMS) 2022.

Although anti-cd20 therapies are increasingly available for neurologic conditions, there are scant data on the safety of these medications during lactation, which “forces many patients to choose between treatment and breastfeeding,” Anderson said.

To assess safety, researchers prospectively followed 57 women with 59 pregnancies who had MS or NMSOD in the US and Germany. Participants had received one or two doses ocrelizumab (300 or 600 mg) or rituximab (500 or 1000 mg) while breastfeeding.

Breastmilk was collected before infusion and serially up to 90 days. Infant medical records were obtained, and participants completed Ages and Stages Questionnaires (ASQs) for their infants.

The median average concentration of mAb in breastmilk was low at 0.18 μg/mL for patients taking ocrelizumab and 0.04 μg/mL for those taking rituximab.

In 72% of patients, mAb concentrations peaked within 1 to 7 days after treatment infusion and was nearly undetectable by 90 days.

The median average relative infant dose was 0.16% for ocrelizumab and 0.04% for rituximab.

At 12 months, infants’ height, weight, and head circumference were between normal, and ASQ scores were above cutoff. Most infants received all routine vaccines, and only minor infections common to infancy were reported.

After postpartum infusion, one woman out of 57 experienced relapse 2 days post infusion. There were no relapses in women who underwent infusion within 6 months of conception and within 5 weeks of delivery.

“Collectively, these findings are very reassuring, but we are continuing to conduct studies evaluating other biological parameters to confirm safety during lactation,” Anderson said.

Commenting on the findings for Medscape Medical News, Angie Child Jelin, MD, director of the First Trimester Screening Program and associate professor of gynecology and obstetrics at Johns Hopkins School of Medicine, said that although the study size was small, the findings are “reassuring for patients with multiple sclerosis or neuromyelitis optica spectrum disorder who rely on these medications to treat their disease during lactation.

“It is always challenging say that any dose is 100% safe,” Jelin added. “However, the reported numbers are very small, and I would certainly feel very reassured in counseling my patients that the risks to the infant are low.”

Support for enrollment and analysis of patients treated with ocrelizumab only was provided through an investigator-initiated study sponsored by Genentech. Anderson and Jelin reported no relevant disclosures.