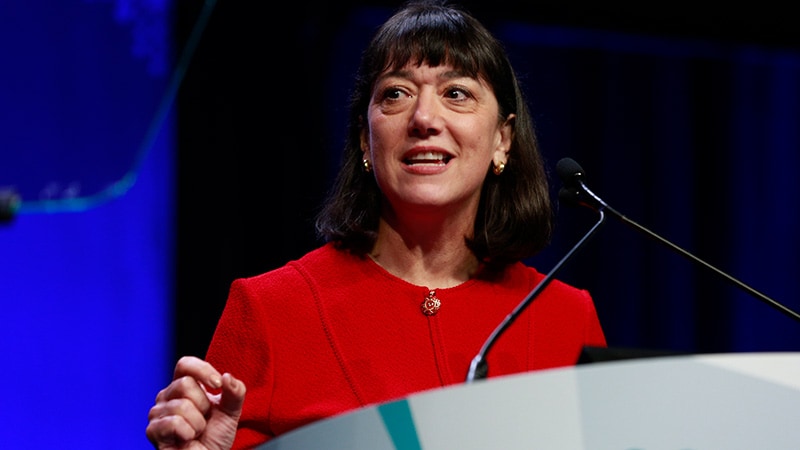 “The prognosis is very favorable,” she explained in a personal statement announcing the diagnosis and crediting access to effective screening for the early diagnosis.

The cancer appears to be confined to the breast, Bertagnolli said, noting that she will undergo “surgery and possibly additional treatment” at Brigham and Women’s Hospital and Dana-Farber Cancer Institute, where she worked as a surgical oncologist prior to taking the helm at NCI in October.

“As is the case for many people after a cancer diagnosis, I’m in a waiting period right now and there are things we don’t know. But thanks to research funded by NCI, answers about the treatment that’s best for me will come in time,” she said. “I have also enrolled in a clinical trial focused on diagnosis, and I’m pleased that my experience will contribute to the ever-expanding knowledge base about cancer and inform advances in care.”

Bertagnolli’s appointment as NCI director by President Biden earlier this year was lauded by cancer experts and organizations, as reported at the time by Medscape Medical News. She is the first woman to lead the organization, which funds most of the cancer research in the United States.

“As a former ACS Board member and a leading voice in the cancer community, Dr. Bertagnolli has been an outstanding advocate for cancer patients and their families. We stand with her as she embarks on her own cancer journey,” Knudson stated, adding that “Dr. Bertagnolli’s announcement is yet another reminder of the importance of breast cancer screening. Breast cancer screening saves lives and is safe and effective. Screening tests can detect cancer before it starts or catch cancer early when it may be easier to treat.”

Bertagnolli said she intends to continue in her role as NCI director, taking leave as needed with support from the NCI leadership team.

She also offered her own support to others affected by cancer: “To anyone with cancer today: I am truly in this together with you,” she stated, adding that “NCI is doing everything we can to work together — with all of society — to help more people with cancer live the full and active lives they deserve.”

Sharon Worcester, MA, is an award-winning medical journalist based in Birmingham, Alabama, writing for Medscape, MDedge, and other affiliate sites. She currently covers oncology, but has also written on a variety of other medical specialties and healthcare topics. She can be reached at sworcester@mdedge.com or on Twitter: @SW_MedReporter.