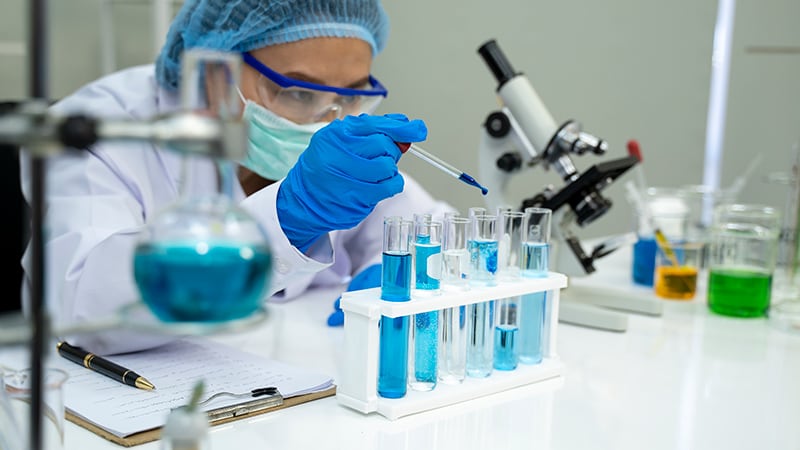 Find it. Kill it. This is the simple premise behind new biomaterial-based vaccines that experts are designing to fend off future pathogens, or germs that could threaten human health.

As they plan next-generation vaccines, scientists are banking on the idea that the structure of a future pandemic-scale pathogen will be like the ones they already know about.

The new class of vaccines are being developed to supercharge the immune system to help the body quickly respond to a range of pathogens.

The new biomaterial-based vaccines are also shelf-stable, meaning they wouldn’t have to be refrigerated like some the COVID-19 shots. This is encouraging news for faster vaccine rollouts, and it will help poorer countries that lack refrigeration for supplies.

New biomaterial vaccines tap into the body’s natural immune response, explains Michael Super, PhD, from the Wyss Institute at Harvard University in Boston, who is first author on a new study exploring what the vaccines can do.

Previous research has shown that scientists can create a depository under the skin that acts like a protective lymph node, or a small bean-shaped structure that works as part of the body’s immune system to help fight infection and disease.

This opens the possibility that a biomaterial, such as silica, an important trace mineral already in connective tissues of the body, could be used to inject a pathogen to help the body produce antibodies to it and support how the immune system rallies, explains Super.

As cells mature at the deposit site, they learn what signals to send to the rest of the immune system so that it responds to the pathogen targeted by the vaccine. Those cells then travel through the body, stimulating other immune-responsive cells.

In their study, Super and his research team took this process a step further and used their biomaterial vaccine to introduce live attenuated pathogens into the body. This process kept the pathogen viable, but harmless.

This process is different from the recombinant spike protein vaccines used for COVID-19 that use genetically engineered agents to produce antibodies that target the coronavirus.

“We found we could take live pathogens and kill them with an antibiotic or something else and use that directly as part of the vaccine of our choice,” says Super. “You don’t have to do that complex manufacturing; you can simply take it, capture it, kill it, and mix it with the biomaterial and inject or implant it. We’ve seen that you’ve then got these native antigens to fight the pathogen.”

The team used this process to target a form of E. coli, a type of bacteria that’s scientifically known as Escherichia coli that is particularly dangerous in livestock. They infected a pig and then gave it an antibiotic to kill the infection. They extracted that dead bacteria from the pig’s blood and combined it with a biomaterial, in this case mesoporous silica, to create a vaccine.

After they gave this vaccine to mice, they exposed the mice to a different strain of E. coli, and the mice fought off the infection.

“It’s not just the pig-to-mouse aspect that is exciting, it’s that we were able to protect against a lethal challenge from a different strain,” Super says. Results were similar when they tested the vaccine on mice infected with Staphylococcus aureus, he says.

Most of this study, which focused on immune responses to bacteria, was completed before the COVID-19 pandemic started. But the researchers say the work has important implications for preparing for future pandemics.

“One of the problems is that, very often, you don’t know what the pathogen is that you’re dealing with, especially in the case of a biothreat,” Super points out. But “we believe the structure of a microbial pathogen will be similar to the native, normal pathogens we already know about.”

If that holds true — and the research suggests it will — then a vaccine for a little-studied pathogen could be created using pathogens that target structurally similar but well-studied bacteria.

Biomaterials can be made in bulk at low cost and dried for future use.

“We see this as something that could be made and stored and ready to use whenever it is needed,” Super explains.