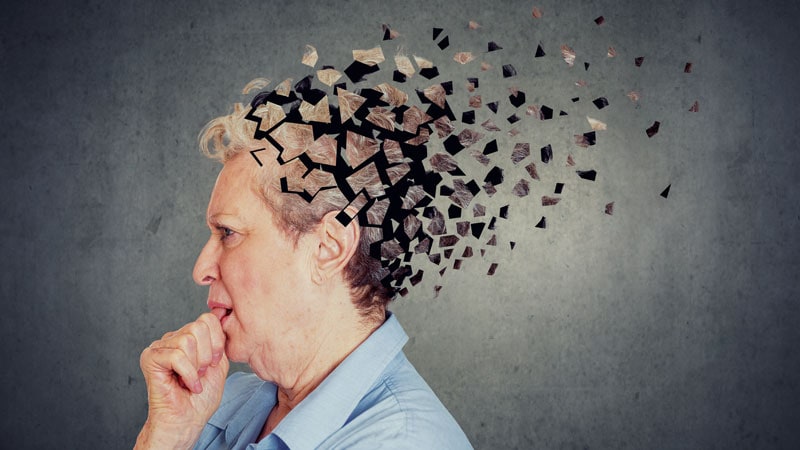 Researchers have developed a point-based score that can help clinicians predict an individual’s risk of developing dementia over 13 years, allowing for early action to delay or prevent cognitive problems. However, some experts are skeptical.

The study was published online November 17 in JAMA Network Open.

The researchers developed the risk model for dementia using UK Biobank data for nearly 445,000 men and women (mean age, 56 years) who were cognitively normal at baseline. During 13 years of follow-up, 0.7% of men and 0.5% of women developed dementia.

Men and women shared some modifiable dementia risks and protective factors, but they also had some independent risk factors that accounted for about 32% of men and 53% of women developing dementia, the investigators report.

They caution that the results have not been externally validated with other independent cohorts.

Also, individuals in the UK Biobank have a restricted age range and some measurements were based on a single-item subjective assessment, which could lead to misclassification.

Other limitations include that all participants were hospitalized, which could lead to selection bias, and some potentially important predictors, such as diet, were not considered.

Despite these limitations, they say this “proposed” risk prediction tool “may help individuals to identify their potential risk profile and provide guidance on precise and timely actions to prevent or delay dementia.”

In a statement, the UK-based nonprofit and independent Science Media Centre urged caution in drawing firm conclusions on the predictive power of the tool.

“This would be like me claiming that I can predict the risk of getting heads when I toss a coin with 100% accuracy — the risk of getting a head is 0.5. The score is a poor predictor of whether somebody will get dementia or not, it only predicts their chances of getting dementia,” Curtis added.

Curtis noted that the results of this research largely “recapitulate already well-established risk factors such as age, low education, and vascular disease along with a number of features which may indicate that the subject already has early dementia but that it is yet to be formally diagnosed.”

“Importantly,” said Russ, the Lancet Commission report “highlighted the different points in the lifespan when particular risk factors might be most important.”

Ivan Koychev, PhD, senior clinical researcher at the University of Oxford in Oxford, England, had a slightly different take on this research.

He noted that the risk model for dementia with a 5-to-13-year horizon has “sound methodology and has the benefit of working with one of the largest datasets currently available.”

“The implications are that models such as the one described are in good position to be rolled out in clinical practice to complement screening methods for dementia such as blood tests. The cost-benefit of such screening programs for dementia is yet to be established,” Koychev told the Science Media Centre.

This study was supported by grants from the Guangdong Basic and Applied Basic Research Foundation, Natural Science Foundation of Hunan Province, and University of Macau. The authors, Curtis, and Russ have disclosed no relevant financial relationships. Koychev is a medical adviser to Five Lives, a digital technology company developing a solution to offer dementia risk prediction and lifestyle modification to aging adults.