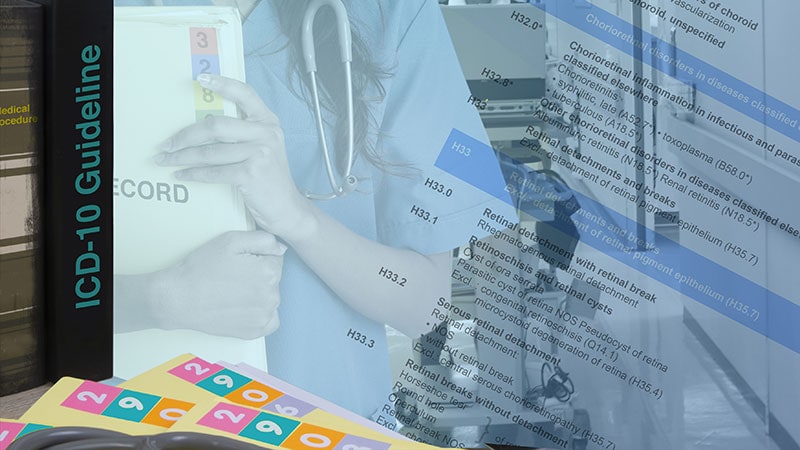 The coding changes for major and mild neurocognitive disorders represent “the most consequential” coding changes for DSM-5 disorders since the October 1, 2015, changeover from ICD-9-CM to ICD-10-CM,” Michael First, MD, professor of clinical psychiatry at Columbia University, in New York, writes in statement published in Psychiatric News.

The updated codes for neurocognitive disorders are “much more specific and indicate all the different types of behavioral problems that could occur with dementia,” First, who served as editor of the DSM-5-TR, added in an interview with Medscape Medical News.

This year, coding changes that affect psychiatry are largely confined to major and mild neurocognitive disorders, but they represent “a big switch-over,” First said.

The first three characters that make up the ICD-10-CM code for major neurocognitive disorder depend on the type of etiologic medical condition and are unchanged:

This year’s coding changes for major neurocognitive disorder include the provision of a fourth character code to indicate the severity of the major neurocognitive disorder ― “A” indicates mild (difficulties with instrumental activities of daily living, such as housework and managing money); “B,” moderate (difficulties with basic activities of daily living, such as feeding and dressing); and “C,” severe (fully dependent) impairment.

The coding changes for major neurocognitive disorder also now include fifth and sixth characters to indicate the presence of an accompanying behavioral or psychological disturbance, such as agitation, psychotic disturbance, mood symptoms, and anxiety.

The update, which went into effect October 1, also adds to ICD-10-CM two new mental disorder codes, F06.71 and F06.70 for mild neurocognitive disorder due to a medical condition with or without a behavioral disturbance, respectively.

The coding changes affecting psychiatry are outlined in the APA’s 2022 DSM-5-TR Update: Supplement to the Diagnostic and Statistical Manual of Mental Disorders and DSM-5-TR Neurocognitive Disorders Supplement.

Every October 1, ICD-10-CM codes for all of medicine are updated, with new codes being added and others revised or deleted. Only a small fraction of the 68,000 codes is affected. Last year, 159 new codes were added, 25 codes were deleted, and 27 existing codes were revised.

All HIPAA-compliant healthcare entities are required to use the most up-to-date ICD-10-CM codes.

“I think there’s a grace period where you can still use the old codes, but there will be a point where if you use the old code, it’ll get rejected because it won’t be considered a valid code,” said First.