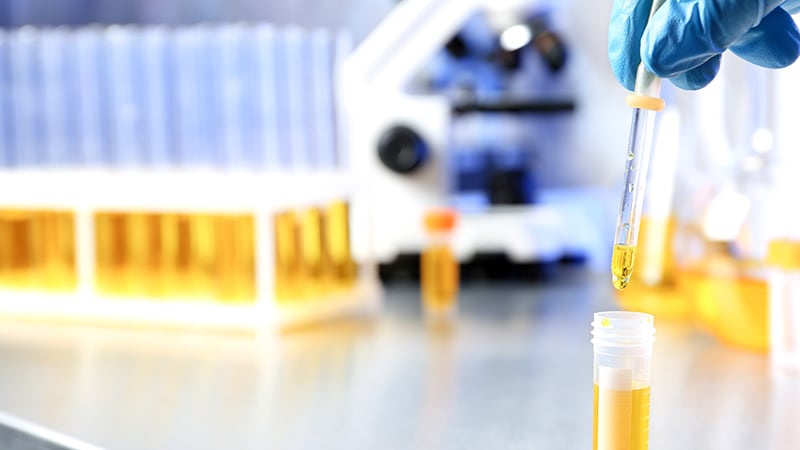 The biomarker C-type natriuretic peptide (CNP) is under exploration as both a risk predictor and a target for new drug development for cardiovascular and renal conditions.

“CNP represents a whole new exciting area of investigation in cardiovascular and renal medicine, from biology to biomarkers to therapeutics. This research area is on the verge of exponential growth, with CNP having diagnostic and therapeutic potential in heart failure, hypertension, and kidney disease,” S. Jeson Sangaralingham, PhD, Mayo Clinic, Rochester, Minnesota, told Medscape Medical News.

The current study found that both urinary and plasma levels of CNP had predictive value for rehospitalization and death in patients with acute decompensated heart failure (ADHF).

Sangaralingham is senior author on its report published online in JACC Heart Failure on July 7, with first author Xiao Ma, PhD, also from the Mayo Clinic.

CNP, the third natriuretic peptide to be discovered, after ANP and BNP, Sangaralingham said, is a hormone produced predominantly by the kidney and the endothelium of the blood vessels but also by the heart. It has an antifibrotic effect that lessens stiffening of organs; in the heart it is antihypertrophic and it relaxes blood vessels, he explained.

“Raised levels of CNP in the plasma and/or the urine may signal problems with the heart, blood vessels, or kidneys, as it is produced to provide compensatory protective effects.” It is of particular interest, he said, as there are few, if any, currently available antifibrotic drugs that target the heart or kidneys.

Fibrosis of the heart can lead to heart failure when the extracellular matrix increases so much that it doesn’t pump or relax optimally. It can occur in the settings of myocardial infarction and hypertension, when fibrosis can also affects the blood vessels, Sangaralingham commented. “This fibrosis represents a new target for intervention.”

As a biomarker, increased levels CNP in both plasma and urine showed an increased risk for adverse clinical outcomes. “It also has potential as a therapeutic agent or for the development of products that boost CNP levels, with ways to augment CNP being a new area of interest in cardiovascular medicine,” he said.

At present, CNP is not measured at all in the clinical setting, Sangaralingham noted. “Our study suggests that this is something that needs to further evaluated in the research setting, and it is also worth exploring the potential of CNP as a diagnostic in the clinic. But first, normal levels and threshold levels in humans need to be established. Some work on this has started, but more studies are needed. We need to develop assays to add clinical value.”

One major advantage of CNP is that it can be measured in the urine, he said. “It is easy to collect urine samples. And a dipstick evaluation, potentially, can be done at home, so patients wouldn’t have to come to the clinic. That is so much easier than a blood test. But we need to develop both urine and blood tests for CNP.”

Levels of CNP could be measured as an early test for organ injury. Patients with elevated levels could then have more extensive evaluation.

For the current study, urinary and plasma CNP were measured in 109 healthy subjects and 208 patients with acute decompensated heart failure.

Urinary and plasma CNP were significantly elevated in patients with ADHF, and both markers increased with disease severity. Both urinary and plasma levels were also positively correlated with plasma N-terminal pro-B-type natriuretic peptide (NT-proBNP) levels, but gave additional prognostic information independent of NT-proBNP.

Of the patients with ADHF, 23% had elevations in both urinary and plasma CNP, whereas 24% had normal CNP levels, the group reported. During a median follow-up of 3 years, patients with elevated urinary and plasma levels showed a significantly higher risk of rehospitalization or death (hazard ratio [HR], 1.79; P = .03) and of rehospitalization (HR, 2.16; P = .01) after adjustment for age, sex, left ventricular ejection fraction, renal function, and plasma NT-proBNP.

As further supported by the C-statistic and integrated discrimination analyses, the addition of urinary and plasma CNP to established risk models improved the prediction of poor outcomes in patients with ADHF.

The authors also point out that urinary and plasma CNP levels were not significantly correlated, suggesting that their levels might offer distinct biological insights in both healthy and ADHF populations.

“This is going to be an exciting rapidly growing area in the cardiovascular and renal field that could reduce the burden of disease in the future,” Sangaralingham said.

To date, they note, most of the research focus in biomarkers has been on serum biomarkers, with much less interest in urine biomarkers.

“Because it is easily obtained, and because the heart and kidneys are closely intertwined in the pathophysiology of heart failure, why not use urinary biomarkers in heart failure?” the editorialists ask. “Urine biomarkers may be additive to serum biomarkers and may provide valuable clinical information,” they say.

As research in the field evolves, “researchers may consider paying more attention to urine as a medium for biomarker measurements. A better understanding of urine biomarkers may help us better understand the complex heart and kidney interplay and mechanism of disease progression and therapeutic benefit,” conclude Ibrahim and Felker.

The current study was supported by the National Heart, Lung, and Blood Institute and the Mayo Clinic and the Mayo Foundation. Some of the authors and the Mayo Foundation have issued or filed patents for assessment of the use of CNP, as well as for natriuretic peptide-based or particulate guanylyl cyclase enhancing therapeutics. Ibrahim has received honoraria from Cytokinetics, Medtronic, Novartis, and Roche, and is a consultant for Cytokinetics. Felker has received research grants from National Heart, Lung, and Blood Institute, American Heart Association, Amgen, Bayer, Merck, Cytokinetics, and Myokardia; has acted as a consultant to Novartis, Amgen, BMS, Cytokinetics, Medtronic, Cardionomic, Boehringer-Ingelheim, American Regent, Abbott, AstraZeneca, Reprieve, and Sequana; and has served on clinical endpoint committees/data safety monitoring boards for Amgen, Merck, Medtronic, EBR Systems, V-Wave, LivaNova, Siemens, and Rocket Pharma.